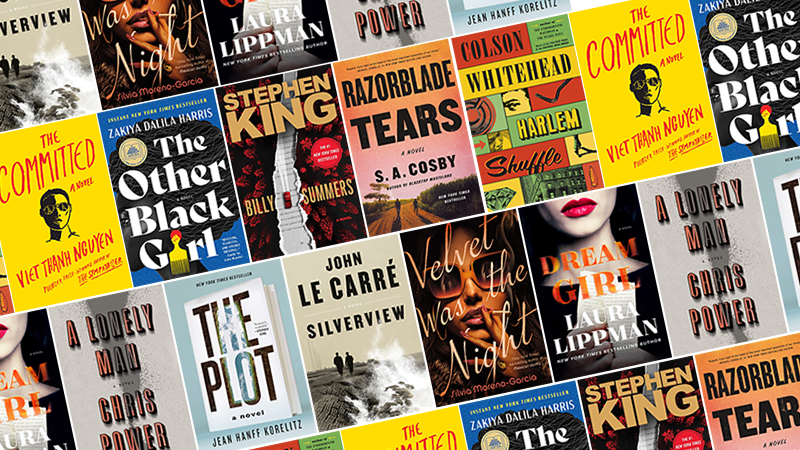 The Best Reviewed books of 2021: Mystery and Crime 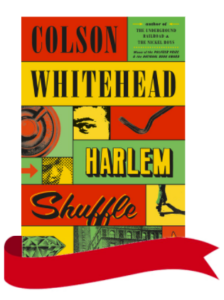 3. The Other Black Girl by Zakiya Dalila Harris
(Atria)

“The Other Black Girl isn’t a story about finding solidarity or even about speaking up; it probes something more unsettling. As the novel presents competing ideas of success at the office, and the sacrifices that might entail, it evolves into an intense psychological thriller … Although Harris’s book takes up the office novel’s critique of opaque and soul-crushing hierarchies, it also flirts with race transformation, a theme explored in decades of African American literature … Harris formulates a central dilemma: For many Black people, the office setting becomes a microcosm of the version of the United States that sees them as vessels of struggle and tension. To push back against that system feels essential. And yet the Black experience in America has never been solely defined by struggle … Diana or Kendra, Hazel or Nella, career or identity: This is the binary that pulses through The Other Black Girl. The novel shows a workplace pushing individuals into ever-hardening, limiting roles. It captures, through Nella especially, the stories some Black employees feel they must tell themselves about themselves to survive all-white environments … If The Other Black Girl often swerves beyond the conventions of the genre, into territory between psychological thriller and sci-fi, it may be because the specific experience of the Black employee—haunted by precarity and tension—can be almost otherworldly.”

“[King] actually is as good at the hard-boiled prose—in this case, the tale of an extremely effective assassin trying to get out after one last job – as he is the scary stuff … King’s known for his literary villains, yet in creating his killer title protagonist, he exquisitely gets into the mind of a hitman and roots around in there to figure out what kind of person would do wetwork, the loneliness involved for those who choose that as a career path and the effect it would have on friends and loved ones … Those worried he’s gone full Raymond Chandler, never fear: King makes it clear that Billy Summers very much exists in his creepily familiar world. It’s also very much a part of ours as well, with a few Donald Trump references and a foreshadowing of the COVID-19 crisis as Billy hunkers down and has to watch life go by outside, less because of a pandemic and more because of his morally questionable chosen profession … The biggest crime here, however, would be missing out on Billy Summers and King’s new reign as a pulp genius.”

Read an interview with S. A. Cosby here

“Cosby, a Black man born and raised in a family of limited means in southeastern Virginia, knows exactly how to bring authenticity to the page … This is crime fiction packed with everything fans have come to expect of the genre, but the way Cosby writes about emotion is more aligned with literary fiction. Razorblade Tears expands into social commentary that’s not preachy … grief, guilt, and revenge are the driving energies that propel the narrative and its characters forward at all times. In fact, guilt is so present it eventually becomes a character in the novel, a silent, omnipresent force that fuels Ike and Buddy Lee as they unflinchingly take on a growing number of threatening individuals who want to keep them from figuring out who shot their sons … Cosby has a deep understanding of homophobia and deals with it brilliantly here … Buddy Lee is an interesting, nuanced character that shows that white privilege isn’t the same for all whites … a fast-paced thriller with plenty of violence. It is also a narrative that cements Cosby as one of the most honest and steadfast chroniclers of the Black experience in the rural South.”

“… the plot unfolds with as much cryptic cunning as a reader could want, and le Carré’s people are perfection, most especially the Service’s grand poohbahs, all in a discreet tizzy when they find they’ve been snookered by some renegade, conscience-stricken apostate. The fabric of duplicity and betrayal, though gratifyingly present here, is not so devastatingly intricate and shocking as in, say, A Most Wanted Man—whose ending is never far from the reader’s mind. Silverview is a minor work in the le Carré canon, but it is enjoyable throughout, written with grace, and a welcome gift from the past.”

7. Velvet Was the Night by Silvia Moreno-Garcia
(Del Rey)

Read Silvia Moreno-Garcia on the best noir novels of the 1960s and 1970s, here

“Velvet Was the Night has little in common with the delirious Mexican Gothic. Its prose is lean, its characters are nobodies, its setting is urban, and there isn’t the slightest speck of the supernatural. But Moreno-Garcia, a bona fide literary chameleon, slips effortlessly out of the satin pumps of the gothic and into the beat-up wingtips of noir. The scary thing about this novel is how good it is … the way that war—not a world war, but the Dirty War between the government and its restive citizens—keeps erupting into their lives, forcing them to confront the reality of history and politics, keeps the novel fresh; in contrast with classic noir, this war refuses to remain hidden. The delectable cocktail that is Velvet Was the Night contains a generous dash of bitters, but the finish is satisfyingly mellow. It goes down so smoothly that it left me marveling at what kind of sorceress Moreno-Garcia must be as she reworks genre after genre, weaving in Mexican history and culture, satisfying familiar cravings without resorting to mere pastiche.”

“There’s the brilliance, the devastating humor, the complicated sexual history with women, and the fraught relationship with his mother … But, a more explicit literary presence here is that of Stephen King, as Dream Girl swiftly morphs into Nightmare … With each stand-alone novel she writes, Lippman triumphantly turns in a different direction … Socially conscious (the #MeToo movement makes a decisive entrance into the plot) and packed with humor, ghosts and narrative turns of the screw, Lippman’s Dream Girl is indeed a dream of a novel for suspense lovers and fans of literary satire alike.”

Read Chris Power on the deep, dark influences behind A Lonely Man, here

“Chris Power’s elegant first novel is a slyly ensnaring literary thriller written in immaculate prose … an almost self-effacing commitment to unadorned clarity … Power’s restraint pays off, making for a subtly immersive read, his sentences rippling like clear water even as the story’s murkier undertow pulls you out to sea. He doesn’t skimp on themes either, raising interesting questions about whether stories draw their power from reality or imagination, who (if anyone) owns them, and what privileges narrative control confers on the teller. Contemporary socio-political issues aside, A Lonely Man is a gripping and deftly controlled novel that proves Power is as good at writing books as he is at writing about them.”

“If you’re a person who harbors notions about the glamour of the writing life, The Plot will jettison them to the deepest, darkest trench of the ocean floor. If you’re a novelist who has endured the humiliation of a reading with no audience, Jean Hanff Korelitz’s latest novel will help you laugh about the empty room. And if you’re a reader who likes stories where a terrible decision snowballs out of control, this book is just what the librarian ordered. Welcome to a spectacular avalanche … as a longtime fan of Korelitz’s novels, I will say that I think The Plot is her gutsiest, most consequential book yet. It keeps you guessing and wondering, and also keeps you thinking: about ambition, fame and the nature of intellectual property (the analog kind) … Jake Bonner’s insecurity, vulnerability and fear are familiar to those of us who have faced a blank screen, wondering how or whether we’ll be able to scramble letters into a story. Korelitz takes these creative hindrances and turns them into entertainment. Not only does she make it look easy, she keeps us guessing until the very end.”