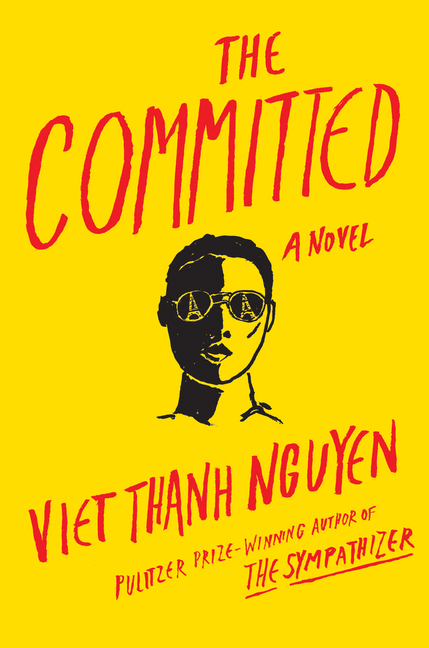 The unnamed narrator of the Pulitzer Prize-winning The Sympathizer returns. Now a refugee in France with his blood brother Bon, he falls in with a group of left-wing intellectuals, among whom he finds not only stimulation for his mind but also customers for his narcotic merchandise—and perils he has not foreseen.

What is this?
Positive
Based on 36 reviews

What The Reviewers Say
Rave Jonathan Dee,
The New Yorker
The novel is [...] a homecoming of a particularly volatile sort, a tale of chickens returning to roost, and of a narrator not yet done with the world ... Nguyen [...] is driven to raptures of expression by the obliviousness of the self-satisfied; he relentlessly punctures the self-image of French and American colonizers, of white people generally, of true believers and fanatics of every stripe. This mission drives the rhetorical intensity that makes his novels so electric. It has nothing to do with plot or theme or character ... That voice has made Nguyen a standard-bearer in what seems to be a transformational moment in the history of American literature, a perspectival shift ... It’s a voice that shakes the walls of the old literary comfort zone wherein the narratives of nonwhite 'immigrants' were tasked with proving their shared humanity to a white audience ... May that voice keep running like a purifying venom through the mainstream of our self-regard—through the American dream of distancing ourselves from what we continue to show ourselves to be.
Read Full Review >>
Rave Junot Díaz,
The New York Times
Equal parts Ellison’s Invisible Man and Chang-rae Lee’s Henry Park, Nguyen’s nameless narrator is a singular literary creation, a complete original ... The Committed indulges in espionage high jinks aplenty, but in truth the author is not as interested in them as a cursory plot summary might indicate. Nguyen is no le Carré and doesn’t wish to be. The novel draws its true enchantment — and its immense power — from the propulsive, wide-ranging intelligence of our narrator as he Virgils us through his latest descent into hell. That he happens to be as funny as he is smart is the best plus of all.
Read Full Review >>
Positive Rumaan Alam,
The New York Review of Books
The Sympathizer could conceivably be enjoyed by an aficionado of the spy novel. Its sequel is more ironic about the conventions of crime fiction. Yes, there’s the big boss, banally evil in his polo shirts, and the rival gangs from the former colonies at war in the seedier of Paris’s arrondissements. But Nguyen seems more comfortable, now, with the artifice of his project ... The Committed does not ask for our credulity, but our attention. The book is so intellectually rigorous I wanted a syllabus (in truth, as above, the author provides one). The plot whirrs and clicks like a Rube Goldberg contraption ... The motif of sexual or bodily violation as the ultimate expression of the colonial project—the point of no return—is maybe repetitive, or perhaps that is Nguyen’s point ... In a decade whose fiction is dominated by autofiction, there’s something démodé about Nguyen’s novels, which I think can fairly be considered a single artistic endeavor ... The Sympathizer and The Committed are, to borrow James Wood’s phrase for such novels, perpetual-motion machines, their exuberance perhaps a suitable method given how vast a subject he aims to tackle ... manic language and impossible story suit the strange truth of colonialism ... The Committed has some of a sequel’s inherent inelegance—the book’s repetitions and reminders of what’s come before will be useful to most readers ... These are novels about a specific people—the colonized, the war-scarred, the immigrant—that also transcend those 'petty circumstances' of identity. The choice between being Vietnamese and being human turns out to be a false one after all.
Read Full Review >>
See All Reviews >>
SIMILAR BOOKS
Fiction

Hummingbird Salamander
Jeff VanderMeer
Rave
What did you think of The Committed?
© LitHub | Privacy