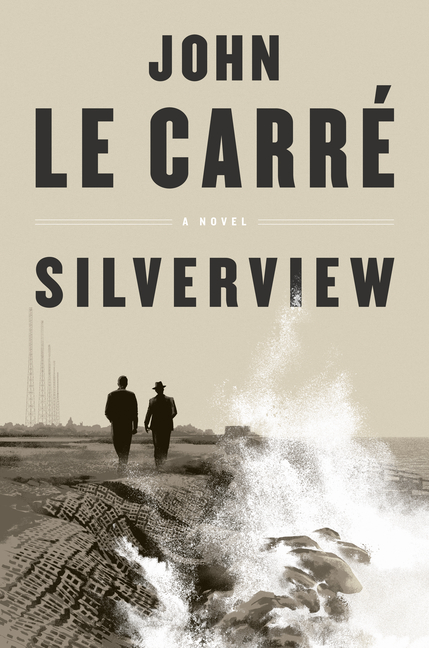 The final novel of John Le Carré (1931-2020) is the story of an encounter between innocence and experience and between public duty and private morals.

What The Reviewers Say
Rave Katherine A. Powers,
The Wall Street Journal
... the plot unfolds with as much cryptic cunning as a reader could want, and le Carré’s people are perfection, most especially the Service’s grand poohbahs, all in a discreet tizzy when they find they’ve been snookered by some renegade, conscience-stricken apostate. The fabric of duplicity and betrayal, though gratifyingly present here, is not so devastatingly intricate and shocking as in, say, A Most Wanted Man—whose ending is never far from the reader’s mind. Silverview is a minor work in the le Carré canon, but it is enjoyable throughout, written with grace, and a welcome gift from the past.
Read Full Review >>
Rave Jane Casey,
The Irish Times (IRE)
Silverview, the final completed novel by the master of spy fiction, John le Carré, arrives 10 months after his passing, like light from a dead star to illuminate nothing less than the slippery nature of truth and the very concept of loyalty ... In many ways Silverview is a fitting conclusion to the long career of a writer who redefined an entire genre with the deceptive ease of pure genius ... In this final work le Carré has lost none of what made him remarkable: here are characters operating at the very limits of their own endurance, confronting fundamental truths that have the disturbing quality of prophecy ... The novel is exquisitely poised in the present moment, set in a flat Fenland scarred with relics of past conflicts, facing a sea that threatens to sweep all away ... In this concise, tightly focused novel, every reference has weight ... illed with joy in the resilience of the human spirit, and with love. Le Carré’s compassion for his characters shines through, along with the gleam of humour. It’s also deeply thrilling, in the best way: old spies resurrecting their tradecraft, younger men discovering whether or not they can trust their instincts, a multiplicity of small betrayals and one or two grand sacrifices ... It’s not a perfect book (if such a thing exists) – some of the characterisation feels stereotypical ... We had more from John le Carré than we had any right to expect: we can be grateful for what he left us.
Read Full Review >>
Positive Joseph Finder,
The New York Time Book Review
Le Carré favors the close third person, but every point of view has just enough opacity that readers can never be sure they’ve seen everything ... Typically, le Carré’s narrative warheads are lodged in his endings. The novels patiently build up to a final explosion, leaving readers with a greater sense of dismay than of triumph. Endings, for le Carré, were reckonings. This slender volume (just over 200 pages) does conclude, rather abruptly, but it lacks what le Carré has taught us to expect of an ending. You can wonder, indeed, whether he had quite got around to finishing the book ... if Silverview feels less than fully executed, its sense of moral ambivalence remains exquisitely calibrated. Besides, novelists of le Carré’s stature are not diminished by their lesser efforts; Henry James closed his career not with his masterly The Golden Bowl but the wanly schematic The Outcry. The Republic of Literature has room for both.
Read Full Review >>
See All Reviews >>
SIMILAR BOOKS
Fiction

The Committed
Viet Thanh Nguyen
Positive
What did you think of Silverview?
© LitHub | Privacy