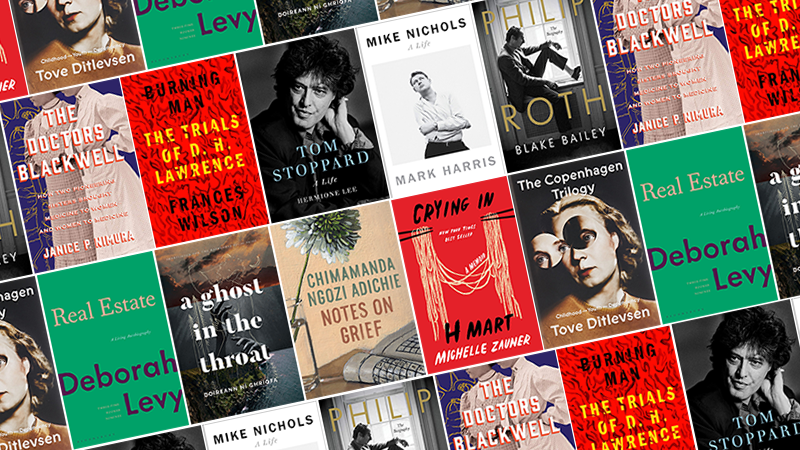 The Best Reviewed Books of 2021: Memoir and Biography

First up: Memoir and Biography. 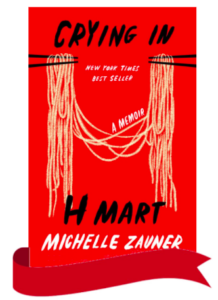 “… beautiful and fearless … Ditlevsen’s memoirs…form a particular kind of masterpiece, one that helps fill a particular kind of void. The trilogy arrives like something found deep in an ancestor’s bureau drawer, a secret stashed away amid the socks and sachets and photos of dead lovers. The surprise isn’t just its ink-damp immediacy and vitality—the chapters have the quality of just-written diary entries, fluidly translated by Tiina Nunnally and Michael Favala Goldman—but that it exists at all. It’s a bit like discovering that Lila and Lenú, the fictional heroines of Elena Ferrante’s Neapolitan quartet, were real … A half-century later, all of it—her extraordinary clarity and imperfect femininity, her unstinting account of the struggle to reconcile art and life—still lands. The construct of memoir (and its stylish young cousin, autofiction) involves the organizing filter of retrospection, lending the impression that life is a continuous narrative reel of action and consequence, of meanings to be universalized … Ditlevsen’s voice, diffident and funny, dead-on about her own mistakes, is a welcome addition to that canon of women who showed us their secret faces so that we might wear our own.”

4. A Ghost in the Throat by Doireann Ní Ghríofa
(Biblioasis)

Read an excerpt from A Ghost in the Throat here

“… ardent, shape-shifting … The book is all undergrowth, exuberant, tangled passage. It recalls Nathalie Léger’s brilliant and original Suite for Barbara Loden: a biography of the actress and director that becomes a tally of the obstacles in writing such a book, and an admission of the near-impossibility of biography itself … The story that uncoils is stranger, more difficult to tell, than those valiant accounts of rescuing a ‘forgotten’ woman writer from history’s erasures or of the challenges faced by the woman artist … What is this ecstasy of self-abnegation, what are its costs? She documents this tendency without shame or fear but with curiosity, even amusement. She will retrain her hungers. ‘I could donate my days to finding hers,’ she tells herself, embarking on Ni Chonaill’s story. ‘I could do that, and I will.’ Or so she says. The real woman Ni Ghriofa summons forth is herself.”

“… achingly of its time … I really appreciated Adichie’s discomfort with the language of grief … Books often come to you just when you need them, and it is unimaginable to think just how many people have, like the author, lost someone in this singularly strange period of our history. Adichie’s father didn’t die from COVID-19, but that doesn’t make the aftermath of that loss any less relevant … A book on grief is not the kind of book you want to have to give to anyone. But here we are.” 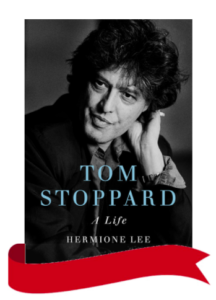 Read an excerpt from Tom Stoppard: A Life here

“Mark Harris’s portrait of director Mike Nichols is a pleasure to read and a model biography: appreciative yet critical, unfailingly intelligent and elegantly written. Granted, Harris has a hyper-articulate, self-analytical subject who left a trail of press coverage behind him, but Nichols used his dazzling conversational gifts to obfuscate and beguile as much as to confide … Harris, a savvy journalist and the author of two excellent cultural histories, makes judicious use of abundant sources in Mike Nichols: A Life to craft a shrewd, in-depth reckoning of the elusive man behind the polished facade … Harris gently covers those declining years with respect for the achievements that preceded them. His marvelous book makes palpable in artful detail the extraordinary scope and brilliance of those achievements.”

Read an excerpt from The Doctors Blackwell here

“Janice P. Nimura, in her enthralling new book, The Doctors Blackwell, tells the story of two sisters who became feminist figures almost in spite of themselves … The broad outlines of their lives could have made for a salutary tale about the formidable achievements of pioneering women; instead, Nimura—a gifted storyteller […] recounted another narrative of women’s education and emancipation—offers something stranger and more absorbing … A culture that valorizes heroes insists on consistency, and the Blackwell sisters liked to see themselves as unwavering stewards of lofty ideals. But Nimura, by digging into their deeds and their lives, finds those discrepancies and idiosyncrasies that yield a memorable portrait. The Doctors Blackwell also opens up a sense of possibility — you don’t always have to mean well on all fronts in order to do a lot of good.”

“Bailey’s comprehensive life of Philip Roth—to tell it outright—is a narrative masterwork both of wholeness and particularity, of crises wedded to character, of character erupting into insight, insight into desire, and desire into destiny. Roth was never to be a mute inglorious Milton. To imagine him without fame is to strip him bare … The biographer’s unintrusive everyday prose is unseen and unheard; yet under Bailey’s strong light what remains on the page is one writer’s life as it was lived, and—almost—as it was felt.”