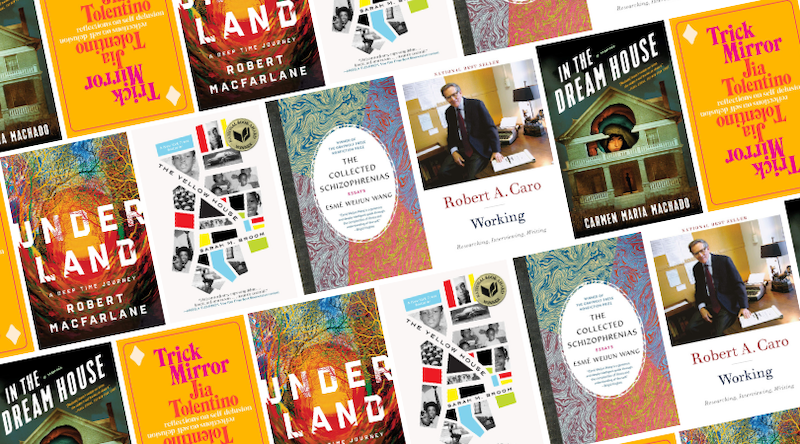 The Best Reviewed Books of 2019: Nonfiction

Now, for our penultimate roundup of the year, we turn to Nonfiction. 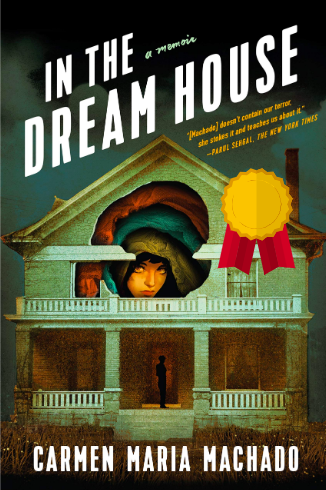 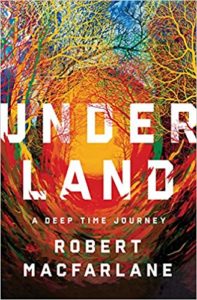 “You know a book has entered your bloodstream when the ground beneath your feet, once viewed as bedrock, suddenly becomes a roof to unknown worlds below … If writing books is a form of making maps to guide us through new intellectual territory, Macfarlane is a cartographer of the first order … Macfarlane’s writing is muscular, meticulously researched and lyrical, placing him in the lineage of Peter Matthiessen, Gretel Ehrlich and Barry Lopez. What distinguishes his work is his beginner’s mind, his lack of self-consciousness, his physical pursuit of unlearning what he has been taught by received information … Underland is a book of dares. Macfarlane dares to go deep into earth’s unseen world and illuminate what we not only shy away from but what we don’t even know exists … Underland is a portal of light in dark times. I needed this book of beauty below to balance the pain we’re witnessing aboveground.”

“…announces a major talent in the art of the essay … In an essay titled ‘Always Be Optimizing,’ Tolentino looks at ‘the ideal woman,’ the one you see posting about her workouts, children, and garden on Instagram … Tolentino isn’t mocking such women—she writes (often hilariously) about her own experiences in yoga and barre class and wolfing down yet another chopped salad. What makes the essay more than simple cultural observation is Tolentino’s critique of the economic and societal forces that twist women into such an unsustainable set of contradictions … Pessimism about false promises might turn out to be the cultural legacy of Tolentino’s generation, the much-maligned millennials. The best essays in the collection aim directly at these outrages—the few that stray from it tend to work less well … If anything can save us, it just might be the snap of Tolentino’s humor, the eloquence of her skepticism.”

“Esmé Weijun Wang’s new book of essays… warrants much of the hype and anticipation surrounding it … Wang is a highly articulate and graceful essayist, and her insights, in both the clinical and general senses, are exceptional … [Wang’s] perspective in The Collected Schizophreniasis encyclopedic and prismatic even without taking into account how her primary mental illness may have fractured her identity … [Wang] writes with clarity about how it feels when a psychotic episode descends upon her, an experience only a fraction of us will ever have … These essays are mesmerizing and at times bittersweet … The Collected Schizophrenias is a necessary addition to a relatively small body of literature, but it’s also, quite simply, a pleasure to read. The prose is so beautiful, and the recollection and description so vivid, that even if it were not mostly about an under-examined condition it would be easy to recommend.”

“Casey Cep has picked up where Lee left off: She’s written the true-crime story that Harper Lee never figured out how to write … It’s one measure of just how rich Casey Cep’s material is, and how artfully she handles it, that I have given away only about a tenth of the interest and delight contained within just the first third or so of her book. She reminded me all over again how much of good storytelling is leading the reader to want to know the things you are about to tell him, while still leaving him to feel that his interest was all his idea. By the time I got to the section on Harper Lee, I wanted to know more about her than I’ve ever thought I wanted to know … Furious Hours builds and builds until it collides with the writer who saw the power of Maxwell’s story, but for some reason was unable to harness it. It lays bare the inner life of a woman who had a world-class gift for hiding … it’s in her descriptions of another writer’s failure to write, that [Cep’s] book makes a magical little leap, and it goes from being a superbly written true-crime story to the sort of story that even Lee would have been proud to write.” 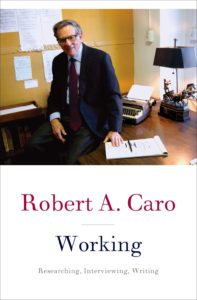 7. Working by Robert A. Caro

“… a slim volume, but when readers come to the end, they might wish it had gone on as long as the colossal masterworks for which the historian is celebrated … delightful … While stories of Caro’s investigative achievements are astonishing, the nuts-and-bolts details of his research and writing process are charming … The humility, the tenacity, the ardent desire to make his readers truly understand a subject, the decades spent taking care to produce something masterful and meaningful—all of it stands in stark contrast to the more punishing aspects of our information cycle. We might not deserve Robert Caro, but we’re certainly lucky to have him.”

8. Know My Name by Chanel Miller

“… the product of rigorous writerly attention … If Know My Name had been shaped in these slicker forms—a corrective, a tell-all—readers sympathetic to Miller would have readily received her rage, whatever her tone. But Miller situates victimhood as a conduit to expertise, and trauma as a mode of human insight … Miller is a gifted storyteller who establishes her authority by stacking details, setting scenes … she observes her own ordeal by adopting the stance of a reporter, a media critic, and an activism-minded theorist. She is heartbreakingly resourceful, marshalling her subjectivity as evidence of a system set up to protect the potential of a boy like Turner … contains a forceful critique of the complicity of liberal institutions like Stanford, which seem more afraid of upsetting sensibilities than they are concerned with doing right by survivors like Miller … Miller’s writing début may have been precipitated by her assault, but the final work devitalizes its horrific beginnings. No narrative is as persuasive as Miller’s. There is no more self-effacing sobriety, no more conclusions plastering confusion and fury. Know her name, know her voice.”

“…a sharp new miscellany … Cusk’s first collection of essays. It also contains some book reviews and introductions, but her heart does not seem in them. She mediates between her mind and the external world with a precision and agility that mostly goes missing when she mediates between texts … [the essays] are first-rate, marked by candor and seriousness, and they’re familiar … Her writing about parenting is discerning and granular … Cusk’s essays are subtle; they do not announce their intentions through a megaphone. She feels her way into her topics and she will not be hurried. You read her for her riddling questions, not whatever answers might pop out at the end. She is often ambivalent, but never neutral in the self-protective modern manner. She is a poet of split feelings. Her inquisitive intelligence is the rebar that, inside the concrete, holds the edifice upright.”

10. Our Man: Richard Holbroke and the End of the American Century by George Packer

“I doubt that any novel, not even one co-written by Graham Greene and F. Scott Fitzgerald, could have captured Holbrooke fully, and I certainly thought that no biography ever would. But now one has. George Packer’s Our Man portrays Holbrooke in all of his endearing and exasperating self-willed glory: relentless, ambitious, voracious, brilliant, idealistic, noble, needy and containing multitudes. It’s both a sweeping diplomatic history and a Shakespearean tragicomedy, with Holbrooke strutting and fretting his hour on the stage … the book overflows with the trait that was Holbrooke’s saving grace: an in-your-face intellectual honesty that is not tainted, as Holbrooke’s was, by his manipulativeness. The result is so bracing that Our Man not only revitalizes but in some ways reinvents the art of journalistic biography.”