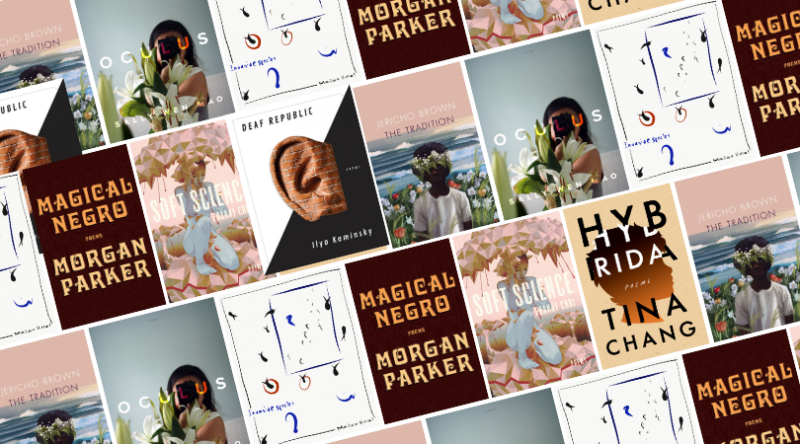 The Best Reviewed Books of 2019: Poetry

Today, it’s the turn of Poetry. 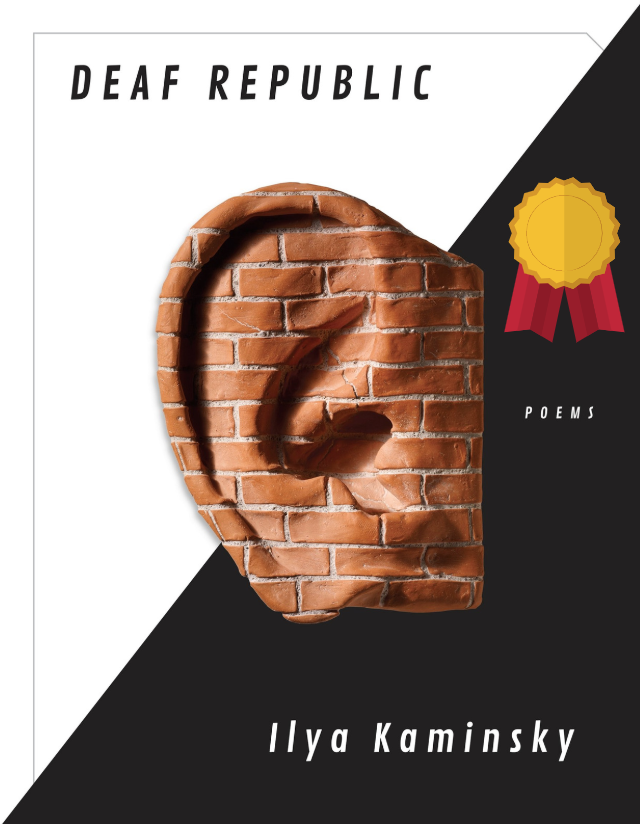 ” … extraordinary … Love poems… are mingled with poems of grief-stricken horror… and protest… as the book winds toward its dark conclusion. Re-envisioning disability as power and silence as singing, Kaminsky has created a searing allegory precisely tuned to our times, a stark appeal to our collective conscience.”

2. The Tradition by Jericho Brown

“Drawing on the language of myths and flowers, Jericho Brown’s newest poems extol, dismantle, challenge, and enlarge the tradition … The poems of The Tradition, Brown’s third collection, are at turns tender and vulnerable, severe and riveting … The Traditioncontains love poems and elegies, poems that bring into thrilling contact the tropes of ‘traditional’ lyric—lilies, Greco-Roman landscapes, museum paintings—with an urgency borne of threat. Brown deploys ‘traditional’ lyric form, too, to make his starkest and most memorable critiques … Remarkably, Jericho Brown’s mythic retellings critique the assumptions behind them as well as the ways they justify historical and contemporary violence … The collection’s very best poems even show the violent world pressing in on the private space of erotic lyric … Brown handles his complicated and messy subjects with a strong sense of formal order and emotional restraint … The Tradition revels in complexity and self-incrimination.”

Read a poem from The Tradition here

“… stunning … neon and imaginative language anchored in historical and cultural questions of representation, othering, inclusion and exclusion … Mao is doing the necessary work of interrogating the two-dimensionality of screens, its tendency to flatten the representation of those who, in real life, are already flattened in society: minorities and women … Mao is clever in connecting this spectacle to the digital age, and the ways that constant access to the sight of someone can lead to an absence, rather than a presence—a ghostly emptiness … These lovely questions are the Pandora’s boxes Mao’s Oculus has ambitiously opened and exploring them with Mao’s intelligent guidance is a gift itself.”

“Helal’s first and often stellar book belongs to many categories, and to none … The volume shows her powers—and her amply justified anger … The more-than-clever opening piece introduces a form that Helal dubs ‘the Arabic,’ whose lines must be read (like Arabic) right to left as well as left to right … Helal’s title puns on the ecological concept of invasive species (like Asian carp in United States lakes) and on the notion that immigrants cannot belong here. The poet may be safe in Brooklyn now, but how many others—how many other Arabic speakers, how many Arab-Americans, how many African-Americans—are not? … Such questions generate Helal’s best work … It is a push that could, and should, open doors.”

“What’s most evident in Magical Negro is that there is nothing new under the sun. What has happened once will happen again. As a Black woman, this is a lesson that Parker has inherited and internalized. A history as muddied, as denied, and as multifarious as Black history inspires an artist such as Parker to take on many different personas and former lives. She embodies popular Black icons from photographs, music, and film, as in her poem about Diana Ross. She documents her own maturation as a Black woman, which includes meditations on, and resurrections of, the past and how she was conditioned. And, finally, she remains mindful of Black people, even those she’s never known but who bear a common heritage in their faces. Magical Negro is a reminder, finally, of the cycles of Black life, and Parker, moving fluidly through time and space, is a poet unafraid to immortalize them.”

“…the collection is accessible for anyone wondering about identity, construction, destruction, and human connection in a digital world, in a world further disembodied by the Internet—and yet. The Internet is the modern gay bar. The Internet is how marginalized communities connect to one another. And Choi, as marvelously outlandish as it sounds, manages to both condemn and celebrate this most illustrious tool of society. She does so in language lyric and logical, befitting the behemoth task of taking on the world, and winning.”

“Chang’s third collection is one of the most important books of poetry to come along in years. In a tapestry of forms and modes, it chronicles a mother’s harrowing and courageous passage through a psychic gauntlet … With equal parts hope and terror, and no self-delusion, this book summons the kind of love only the imagination can sustain; Chang writes to, and for Roman, praying that his pure being will transcend the millions of gazes that will try to define his life by his skin color: “I understand your astonishing/ dash to freedom, done with the estranged wind,/ done with frost and storm, orchids curling outward beyond grief. The road widens/ to glory. The road disappears.”

“This is a book about men’s violence against women; the sutures are often literal … even pantomimed injury is, according to the logic of these poems, a result of real damage. Scenters-Zapico is at her best in lines that mingle pleasure and violence … Scenters-Zapico often creates intensity in her poems by setting up an analogy, then knocking it down, only to prop it back up … her astonishing verbal crossings reveal a mind as richly self-divided as any you will find.” 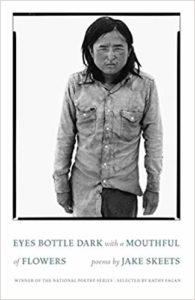 9. Eyes Bottle Dark With a Mouthful of Flowers by Jake Skeets

“…[a] revelatory debut … Throughout this book, Skeets challenges toxic masculinity with a queer coming-of-age narrative that’s knowingly reminiscent of D. A. Powell’s ‘Useless Landscape, or A Guide for Boys’ — but distinctly oriented within Navajo culture and the landscape of Gallup, N.M … Masculinity leads to premature death, from violence or alcoholism … The book’s triangulation between violence, self-destruction and desire leads Skeets to declare that ‘the closest men become is when they are covered in blood / or nothing at all.’ By turns elegiac and erotic, the collection is also lush with language whose music evokes the landscape. This is one of the most accomplished and emotionally engaging debuts I have read, one that shows a man ‘unlearns how to hold a fist’ by holding another man’s hand.”

10. The Twenty-Ninth Year by Hala Alyan

“Nothing is taboo here. There are honest discussions about sex, drinking, and trauma … Alyan exposes her life and her roots without shame, even when her words could lead to judgment. In poem after poem, there is raw emotion, straightforward storytelling, and unapologetic truth … the reader, like the author, is never on solid ground, never entirely comfortable … The Twenty-Ninth Year stuck with me because it contains stunning lines, while being entirely about going through things and learning to cope with them … The poems here read like scars and sound like heartbreaking stories told by a friend in the darkest booth at a gloomy juke joint.”