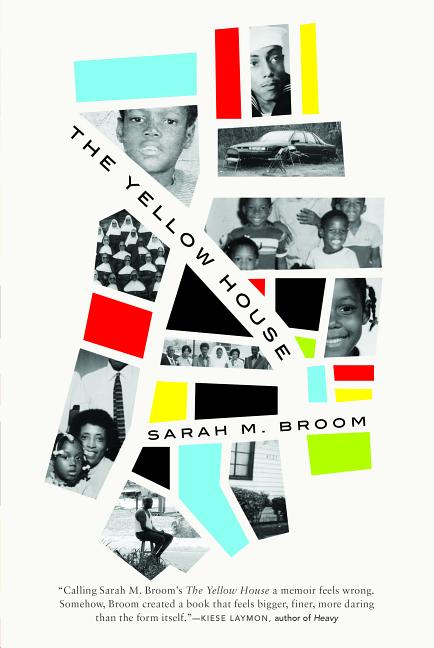 Winner of the 2019 National Book Award for Nonfiction, Yellow House is the story of a woman who grew up in New Orleans East in a house her mother purchased in 1961 reflects on what it meant to lose that house to Hurricane Katrina, her family history in the storied city, and the meaning of home.

What is this?
Rave
Based on 30 reviews

What The Reviewers Say
Rave Dwight Garner,
The New York Times Book Review
... forceful, rolling and many-chambered ... [Broom's] memoir isn’t just a Katrina story — it has a lot more on its mind. But the storm and the way it scattered her large family across America give this book both its grease and its gravitas ... This book is dense with characters and stories. It’s a big, simmering pot that comes to a boil at the right times ... This book is a mood. It starts slow, with layers of family history. The opening sections impart a sense of someone swinging the prop of an airplane, hoping the engine will fire. The author doesn’t make her first appearance, as a 5-year-old, until we are more than 100 pages in. But trust her. This book more than takes flight ... Broom does a masterly job of situating each of her family members as Katrina looms on the horizon ... There is some mildly portentous writing in The Yellow House, but for the most part Broom’s prose is alert and inquisitive. If the author remains at a certain distance at the end of this book, if she is somewhat unknowable, well, she’s had many other stories to tell, and to tell well ... This is a major book that I suspect will come to be considered among the essential memoirs of this vexing decade. There are a lot of complicated emotions coursing through its veins. It throws the image of an exceptional American city into dark relief.
Read Full Review >>
Rave Angela Flournoy,
The New York Times Book Review
...[an] extraordinary, engrossing debut ... Broom...pushes past the baseline expectations of memoir as a genre to create an entertaining and inventive amalgamation of literary forms. Part oral history, part urban history, part celebration of a bygone way of life, The Yellow House is a full indictment of the greed, discrimination, indifference and poor city planning that led her family’s home to be wiped off the map. It is an instantly essential text, examining the past, present and possible future of the city of New Orleans, and of America writ large ... Broom is our guide, but not the sort who holds readers’ hands, uninterested as she is in tidy transitions between one type of writing and another. The through line is her thought process, her frequent questioning ... The interviews also yield unforgettable scenes ... The true test of her worthiness is her empathy and focused attention. She is a responsible historian, granting her subjects the grace of multiple examinations over the years ... Broom’s deadpan humor comes through clearest in her descriptions of herself ... The Yellow House is a book that triumphs much as a jazz parade does: by coming loose when necessary, its parts sashaying independently down the street, but righting itself just in the nick of time, and teaching you a new way of enjoying it in the process.
Read Full Review >>
Rave Maureen Corrigan,
NPR
... extraordinary ... immediate, raw, sometimes profane and even funny ... Broom's memoir itself is a force that cracks open that little Yellow House and exposes the decades of life lived within ... Along with everything else it illuminates, The Yellow House offers a searing evocation of the long-term toxic consequences of shame ... solidly reconstructs what the forces of nature and institutionalized racism succeeded in knocking down.
Read Full Review >>
See All Reviews >>
What did you think of The Yellow House?
© LitHub | Privacy