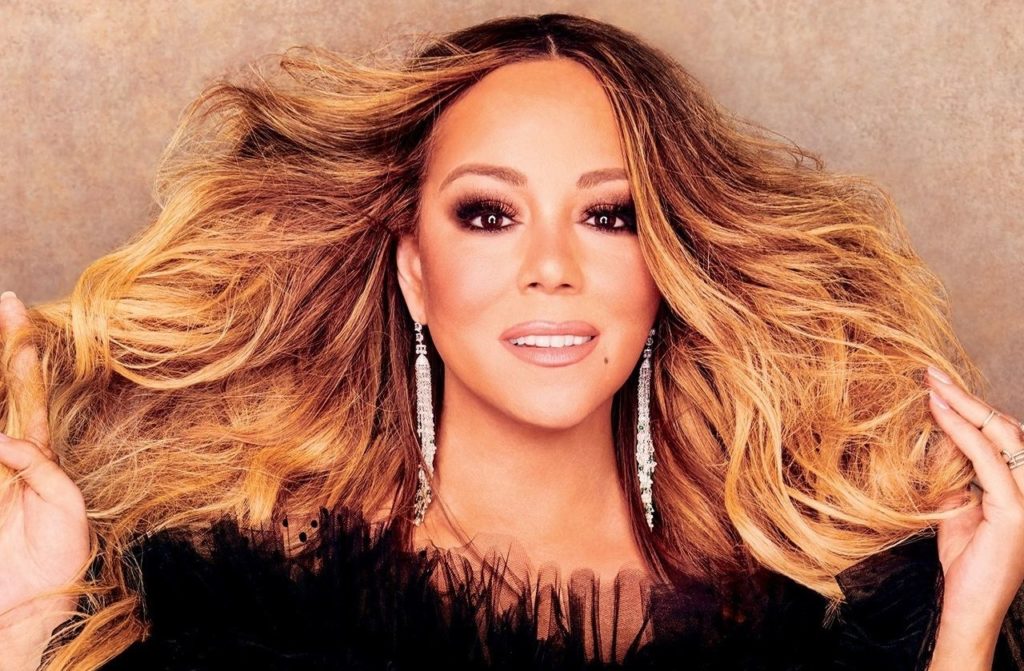 Our quintet of quality reviews this week includes Parul Sehgal on To Make Their Own Way in the World, Colm Tóibín on Marilynne Robinson’s Jack, Alex Macpherson on Mariah Carey’s The Meaning of Mariah Carey, Nikki Shaner-Bradford on Emily Temple’s The Lightness, and Amil Niazi on K-Ming Chang’s Bestiary. 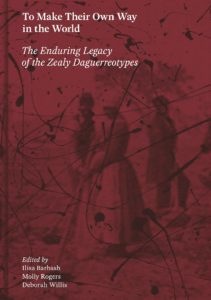 “For a century, they languished in a museum attic. Fifteen wooden cases, palm-size and lined with velvet. Cocooned within are some of history’s cruelest, most contentious images—the first photographs, it is believed, of enslaved human beings … The Zealy daguerreotypes, as the pictures are known, were taken in 1850 at the behest of the Harvard zoologist Louis Agassiz. A proponent of polygenesis—the idea that the races descended from different origins, a notion challenged in its own time and refuted by Darwin—he had the pictures taken to furnish proof of this theory. Agassiz wanted images of barbarity, and he got them—implicating only himself. He had hand-selected his subjects in South Carolina, seeking types—’specimens,’ as he put it—but each daguerreotype reveals an individual, deeply dignified and expressive. Their hurt, contempt, fatigue, utter refusal are unequivocal … Is there a correct way to regard these images? Should one view them, or any coerced image, at all? To whom do they belong? Do they quicken or numb the conscience? Does displaying them traumatize the living? Is it care or cowardice to keep them concealed? What do we owe the dead … Do these essays—so rich in context—assist us in seeing the photographs any better? Perhaps a better question is: Do they provide the necessary context? Do they resolve that tension I feel as I look at Drana and register both the appeal in her eyes and the absolute certainty (for she is proud—I feel it in the set of her chin) that she would hate being in this book, perhaps even hate being invoked in this essay—unclothed, stared at, opined upon? And yet the notion that she be forgotten, unseen, is also intolerable. It is the tension of ‘sitting in the room with history.’ ”

–Parul Sehgal on To Make Their Own Way in the World: The Enduring Legacy of the Zealy Daguerreotypes, edited by Ilisa Barbash, Molly Rogers and Deborah Willis (The New York Times)

“The novel dramatizes a difficult love affair across racial lines in the 1940s, when such a relationship is forbidden by law. Robinson sees her characters, in all their weaknesses and raw emotions, as souls as much as bodies, as figures whose actions can be viewed in the light of sin or grace as much as material things. In both Home and Jack, the specter of predestination haunts the figure of Jack; the suggestion lingers that he was somehow maimed or marked before he came into the world … Of all her five novels—Robinson published her first, Housekeeping, in 1980—Jack is the one that uses religious imagery most copiously. If the novel form itself is, in general, a secular space, privileging choice and chance, money and marriage, Robinson—while bathing her characters in quotidian life—also sees them in the light of a larger, more spiritual destiny, using the language of the sermon and the Bible … What emerges at the end of Jack is the extent of Marilynne Robinson’s command. She shares with George Eliot an interest in large questions and also a fascination with a wildness in the soul, with a sensuality and a spiritual striving that cannot be easily calmed, and can be captured only by the rarest talent.”

“In the popular imagination, Mariah Carey is a caricature: the embodiment of the demanding diva stereotype (a persona she has often played up to with relish). Her first memoir reveals her to be not just in on the joke, but peeling back the layers to deconstruct it. Because, for all the dry humour that flashes through The Meaning of Mariah Carey, it is not the glitzy, gossipy celebrity reminiscence some might expect, but instead a largely sombre dive into her past that, at times, feels like therapy … Carey is particularly acute on the subject of race, analysing the complications of her experiences growing up as a mixed-race girl, and then as an adult in a prejudiced music industry, through the prism of the world’s belated awakening to Black Lives Matter this year … a rewarding insight into Carey as an artist as well as a person … For all the adversity it covers, The Meaning of Mariah Carey is rarely mawkish. Instead, Carey recounts many of the worst parts of her life with a deadpan, self-aware wit … Some of the most poetic passages describe vintage furniture and designer outfits, though this same eye for detail applied to her somewhat grimier childhood environs makes clear why these material prizes hold so much meaning for her … a carefully pieced together self-portrait of one of this generation’s most fascinatingly idiosyncratic, frequently misunderstood artists from the ground up.”

“where Lolita has tricked many into believing that it’s a love story, Emily Temple’s debut novel, The Lightness, creates no such illusions. Instead, Temple cleaves open the darker underbelly of girlhood, from the allure of all-absorbing female friendships to the misinterpretation of adult intentions, examining the way storytelling and memory can collide to disastrous effect. In doing so, she unspools the canonical narrative that manufactures ‘demoniac’ girls … Last year in a piece for the New York Times, Parul Sehgal described a new literary category: books that could be considered ‘#MeToo novels,’ but which, more specifically, ‘occupy the backwaters where the writer need not pander or persuade, and can instead seek to understand, or merely complicate, something for herself.’ In The Lightness, Emily Temple asks readers to interrogate their presumptions, underlining Olivia’s quest for truth with the contradictory teachings of Buddhism, and transforming the now-clichéd narrative of the enlightenment-seeking Beat Poet or high-brow-intellectual-turned-Zen-master into an examination of power … Temple herself refuses a readily available narrative in favor of something more twisted and confused. In The Lightness, it is in casting off fragility, ephemerality, and adult male fantasy that both the author and her protagonist find truth.” 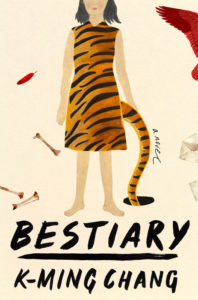 “Many stories of diasporic families lead from the heart, playing on the sentimentality and nostalgia that so often define intergenerational narratives in mainstream Western literature. Immigrant experience gets boiled down to its soft, misshapen center, full of mushy but comforting stereotypes that may be easier to digest but miss the hard-edge truth of where our identities really come from, how they take form. The poet K-Ming Chang’s debut novel, Bestiary, offers up a different kind of narrative, full of magic realism that reaches down your throat, grabs hold of your guts and forces a slow reckoning with what it means to be a foreigner, a native, a mother, a daughter—and all the things in between … Bestiary floats in and out of fantasy, layering its airy legends of imaginary creatures with the grounding reality of building a life in a new country, of severing the ties with your past so you can lay claim to a future you can call your own. Children inherit their parents’ trauma, settle the moral score their parents have racked up … Chang’s poetry lifts her prose, creating a hybrid voice that lends itself well to the magic realism at play throughout the novel even if it becomes muddied at times, flitting between the parsed lines of myth and the frenzied language of adolescence.”