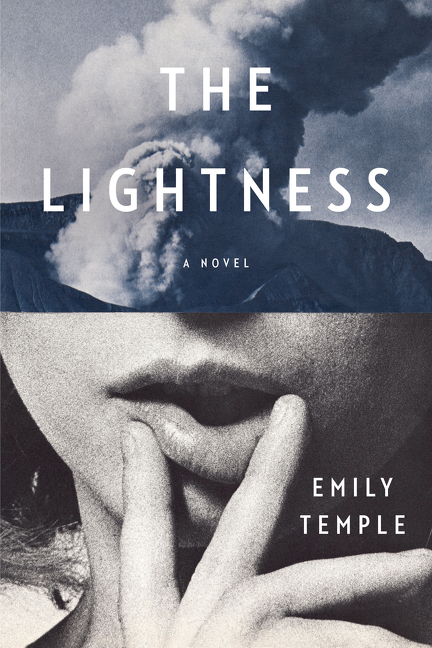 A dark, suspenseful debut novel in the vein of Donna Tartt and Jenny Offill, about a teenage girl who enrolls herself in a program for troubled youths at the same Buddhist meditation center from which her father disappeared a year previous. Once there, she falls in with a trio of mysterious girls, led by the alluring and unhinged Serena, who are determined to master the art of levitation at any cost.

What The Reviewers Say
Rave Sarah Gerard,
The New York Times Book Review
It’s a teen thriller in the vein of the ’90s horror movie The Craft, only instead of a Los Angeles high school this one is set at what Olivia calls “Buddhist Boot Camp for Bad Girls.” But it’s also a beautiful meditation on meditation, with readings of sacred texts and light Buddhist history ... This book — frequently hilarious, and thoughtful throughout — also transcends expectations at its end.
Read Full Review >>
Rave Allen Adams,
The Maine Edge
It’s a fractured, fascinating look at a teenage girl’s pursuit of understanding ... Structurally daring and prosaically deft, the narrative moves back and forth across time (though all is past from the perspective of our frank and forthright narrator), capturing the fluidity and futility of memory ... It’s also a story of the complex sociological minefield that is friendship between teenaged girls ... The Lightness walks an interesting tightrope, a coming-of-age story that deftly introduces elements of literary thriller into the mix. There’s a delicacy to the manner in which things unfurl that is really quite striking ... A clear point of comparison that has been made by a number of reviewers is Donna Tartt’s The Secret History—and it is an undeniably apt one. The truth is that this sort of dessert-first storytelling is a dangerous game, one that can undermine a narrative’s impact significantly. It’s a bold choice that Temple executes well enough that even with an extant sense of the ending, she still finds ways to surprise us.
Read Full Review >>
Positive LESLIE PARISEAU,
Los Angeles Times
Temple is an excellent writer ... Clearly an omnivorous reader and researcher, Temple has stitched together a textured patchwork of spiritual myths, enlightenment allegories, anecdotes of saints and levitation theories. She swings between Olivia’s arc and these magpie nests of ideas like an acrobat leaping from one trapeze to another. Sometimes these digressions foreshadow; other times they function as parables, pointing out religion’s absurdity and false promises. Often, I found myself more interested in these stories than the main narrative, seeing them through Temple’s lens as interpreted by a woman wounded by the futility of seeking ... For a certain kind of reader (raised perhaps on Tartt, Temple’s more plot-forward forebear), this structural experiment may prove tedious, backgrounding what purports to be a thrilling narrative in favor of a rich meditation on the nature of desire and belonging, on what is lost while chasing illusions and on the scars of growing up a girl. To paraphrase another cliché of the seeker, the journey is far more interesting than the destination ... Despite the improbability of Olivia’s circumstances, the story of four wayward girls attempting magic is a diverting one, especially when woven through with Temple’s sensually wrought landscapes and delicious impressions of adolescent hunger. At times, The Lightness is overwritten, concerned with the shape of itself in a way that derails the locomotion of the narrative (like the occasionally self-indulgent Tartt), but it’s also a promising quality in a debut novelist, possibly auguring great things to come.
Read Full Review >>
See All Reviews >>
SIMILAR BOOKS
Fiction

All the Broken Places
John Boyne
Mixed
What did you think of The Lightness?
© LitHub | Privacy