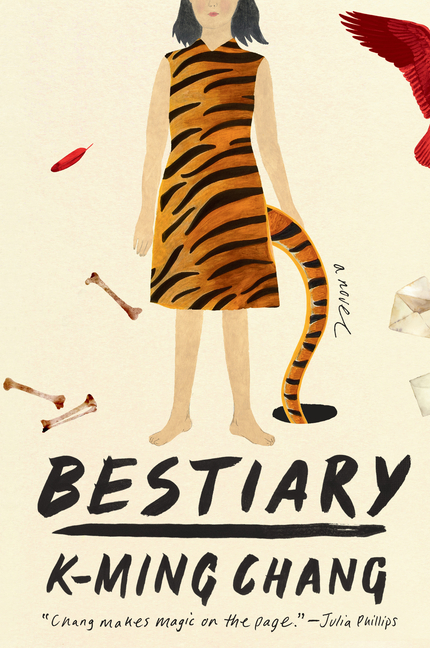 Three generations of Taiwanese American women are haunted by the myths of their homeland in this debut about one family's queer desires, violent impulses, and buried secrets. One evening, Mother tells Daughter a story about a tiger spirit who lived in a woman's body. She was called Hu Gu Po, and she hungered to eat children, especially their toes. Soon afterward, Daughter awakes with a tiger tail. And more mysterious events follow.

What The Reviewers Say
Rave Kirkus
From the beginning, the story is one of internalized violence ... the daughter navigates both the demands of her American community to assimilate and the need of her immigrant family to preserve the cultural memories of a place she has never known. The magic of these origin myths is very much present ... A visceral book that promises a major new literary voice.
Read Full Review >>
Positive Publishers Weekly
...vivid, fabulist .. The narrative arc meanders through the characters’ various relationships, but the prose is full of imagery. Chang’s wild story of a family’s tenuous grasp on belonging in the U.S. stands out with a deep commitment to exploring discomfort with the body and its transformations.
Read Full Review >>
Mixed Terry Hong,
Booklist
Raw, angry, even sneering, Ama, Mother, and Daughter’s three-voiced narrative is often breathtaking ... The agile, abundant beauty of Chang’s phrasing, however, is not quite enough to mitigate the relentless abuse, dysfunction, and violence that permeates her debut ... stifling enough to potentially estrange less patient readers.
Read Full Review >>
See All Reviews >>
What did you think of Bestiary?
© LitHub | Privacy