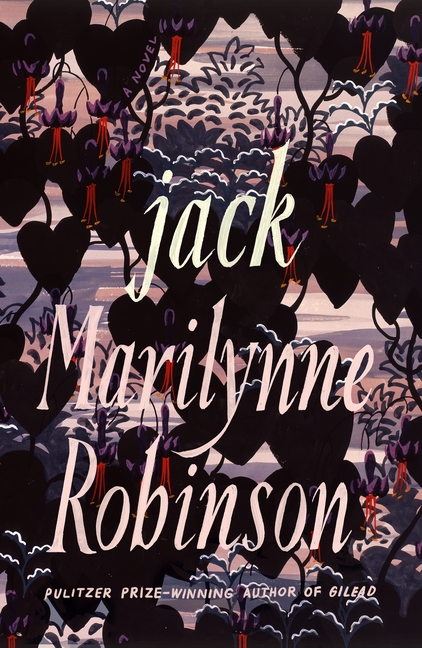 In the fourth installment of Robinson's Gilead series, the Pulitzer Prize-winning author explores the star-crossed interracial romance of Jack Boughton and Della Miles in the years after World War II, when love like theirs was a crime. Jack's wayward nature doesn't help matters with Della's family, who expect better for her, a bright teacher and preacher's daughter.

What The Reviewers Say
Rave Erica Wagner,
Financial Times (UK)
From the outset Robinson reveals her subtle mastery of both character and language ... Striking too to read this novel in 2020, during a global pandemic and the protests of the Black Lives Matter movement: Robinson’s timeless prose, her Romeo and Juliet story, have an eerily timely ring. Jack and Della advance towards their love and retreat from it at the same time: the narrative pull of the book is in entering their troubled dance. Jack fits beautifully into the subtle weave of Robinson’s Gilead books; that said, it could perfectly well be read on its own ... Her clear, fluid language is laced with the work of writers who have come before, with references to Shakespeare and Frost and Whitman ... Robinson reminds us that the world is ours to make.
Read Full Review >>
Rave De Shawn Charles Winslow,
The Oprah Magazine
... with the sublime Jack, she resumes and deepens her quest, extending it to the contemplation of race ... Robinson masterfully allows her protagonists to do the heavy lifting of the storytelling and employs deceptively simple dialogue as her primary tool. But make no mistake—there is richness and depth at every turn. The odds are stacked against this lovestruck couple. But Jack calls to mind what 1 Corinthians 13:7 says about love: It always protects, hopes, and perseveres.
Read Full Review >>
Mixed Dwight Garner,
The New York Times
This is the era of Jim Crow and strictly enforced miscegenation laws, a milieu Robinson evokes with small, deft strokes ... When Jack opens his mouth, he tends to say the same six or seven things, as if Robinson were pulling a string in his back ... This is probably the place to say that, like a lot of readers I know, I’m divided about Robinson’s novels. On the one hand, there’s Gilead, which won a Pulitzer Prize in 2005 and which patiently accrues grace and power. On the other hand, to open her other novels, including this one, is largely to enter a remote, airless, life-denying, vaguely pretentious and mostly humorless universe, where it is always Sunday morning and never Saturday night, where the same bespoke arguments about religious feeling are rehashed, where a lonely reader enters, sniffs the penitential air and asks: Who died? ... Jack is a charmer who is seldom allowed to charm. We’re told he plays barrelhouse piano in bars, that he cuts loose on payday, that he’s a gifted and inveterate criminal. His motto might be carpe noctem. Yet we’re not allowed to see whatever jubilation he finds on the night side of life. He’s a moth, ostensibly drawn to flame, yet rigid because there’s a pin through his thorax. We witness only the hangover, moral and otherwise, the downcast eyes on the morning after. In this novel, he’s the dullest bad boy in the history of bad boys. He’s made to sit perpetually in the corner, facing the wall ... You rarely sense base emotion of any variety in Jack. Jack and Della, unlike Stanley and Stella, are not allowed, for example, to revel in anything as simple as lust. They shyly titillate only each other’s souls ... Della, in her deep need to shake off the expectations of family and society, is a fascinating character, and should resonate far more than she does. Neither she nor Jack seems to have independent life. You sense them placing their heads directly into the halters the author has made for them.
Read Full Review >>
See All Reviews >>
SIMILAR BOOKS
Fiction

The Anatomy of Desire
L. R. Dorn
Positive
What did you think of Jack?
© LitHub | Privacy