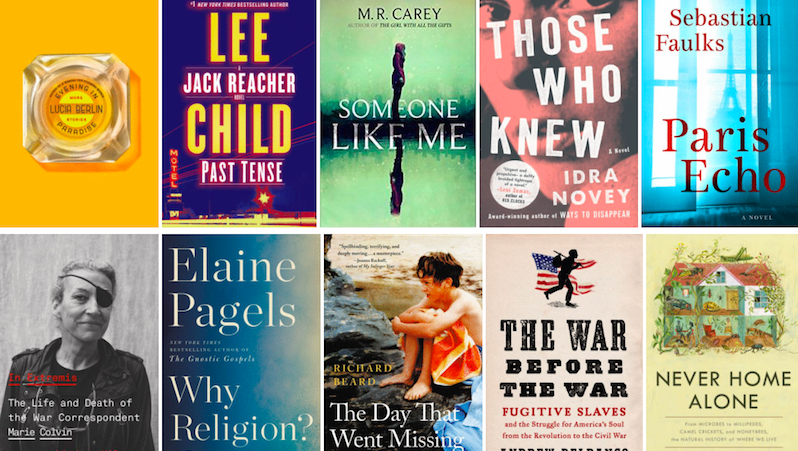 “[In Evening in Paradise, there] is little if any diminishment in quality or intensity [of Berlin’s work] … One thing that makes Berlin so valuable is her gift for evoking the sweetness and earnestness of young women who fall in love … Berlin is so stealthily funny … Berlin probably deserved a Pulitzer Prize; she definitely deserved, to borrow the name of a Waylon Jennings song, a Wurlitzer Prize, for all the coins she drops into our mental jukeboxes. She has an instinctive access to the ways music can both provoke and fortify … During her lifetime she was not published by that major house, or any other. She is now.”

2. Past Tense: A Jack Reacher Novel by Lee Child

“Child expertly juggles a pair of seemingly unrelated story lines, keeping them moving simultaneously, until, inevitably, the lines merge and violence ensues. The twenty-third Reacher novel springs some interesting surprises about Jack’s family and contains one of Reacher’s most cold-blooded acts of violence. As always, the prose is lean and efficient, the action scenes are well designed, and Reacher is as formidable an opponent as one could imagine (just this side of a Transformer). Another first-class entry in a series that continues to set the gold standard for aspiring thriller authors.”

Read an excerpt from Past Tense here 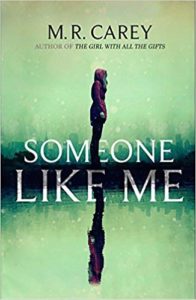 “… Someone Like Me, is a spooky, wrenching, exhilarating ghost story-cum-thriller that manages to put a fresh, almost science-fictional spin on its specters and spooks. It’s domestic in scope — no global armageddons or apocalypses here, no burning cities or plague-ridden communities — but still delivers the maximum freight of frights and consequences … Along the way there are many moments of tenderness and humor, leavened with pop culture riffs … In the end, Carey’s novel joins the accomplished ranks of Paul Tremblay’s A Head Full of Ghosts and Tim Powers’s Alternate Routes as a 21st-century rethinking of the eternal nature of ghosts.”

4. Those Who Knew by Idra Novey

“Those Who Knew is a fast-paced, hackles-raising story that focuses on silenced victims of assault and the remorse and shame that comes of not speaking up against abuses of power … [The novel’s setup is] an explosive moral Molotov cocktail … More off-putting, there’s nothing subtle about Novey’s depiction of Victor, whose every word and action are flat out despicable, despite his purported advocacy for good causes … Although Novey’s second novel isn’t as winning as her first, there’s certainly plenty to admire in it—beginning with its boldness in tackling big, important issues like silenced victimhood, moral compromise, complicity, and self-recrimination in an engaging, deeply humane work of fiction.”

Read an excerpt from Those Who Knew here

“The prowess of his storytelling makes [Faulks] a graceful guide … Cunningly crafted, Faulks’s fictional bridge between the French past and present—and, discreetly, between Jewish and Arab legacies—has its sentimental side. In our own age of renewed sectarian spite and rage, most readers will forgive him the novelistic sleight-of-hand that brings his people, and his histories, together. And the mysterious ‘Victor Hugo’— whether he’s an actor or a specter—would thoroughly approve.”

1. In Extremis: The Life and Death of the War Correspondent Marie Colvin by Lindsey Hilsum

“Here [Hilsum] marshals not just empathy for her subject, who was also a friend, but investigative and critical skills and damn fine storytelling … Colvin’s 300 journals, her articles and Hilsum’s interviews with friends, family and other witnesses draw us into the drama, and inside her head. Hilsum’s understanding of the background to each conflict, and the reality of life as a correspondent in the field, is one of the great strengths of the book … In chronicling this unravelling, the book does a wider service, portraying the price paid by many war correspondents, including Colvin, in alcoholism, PTSD and broken relationships. While her friendships lasted all her life, her love life, the second storyline here, was often chaotic and heartbreaking. Hilsum doesn’t hold back on the subject of the Sunday Times, and its branding of Colvin as a risk-taking adventurer … In Extremis rescues Marie Colvin from the rubble of Bab Amr, and brings her tragically, and tenderly, to life.”

2. Why Religion? by Elaine Pagels

“… searing and wise … [Pagels’] account of [her son’s] five years of life are tender and wrenching, sketched with exquisite detail … Loss proves a powerful prod to a fiercely able scholar. [Pagels] is tenacious, prodigious, exhaustive … Interestingly, the most powerful moments in this narrative are not her arguments with other exegetes, however. They are a series of remarkable visions and mystical experiences Pagels interweaves with her more intellectual journey and that leave her (and the reader) undone. She is strangely transformed by these brief moments, drawn beyond the labyrinth of grief and into a place of grace.”

3. The Day That Went Missing by Richard Beard

“An excruciating read … Beard’s book has all the required elements of a great memoir—a compelling story, deep introspection, fine writing and an unflinching quest for factual and emotional truth. This haunting book is a profoundly moving study of memory, denial and grief.”

4. The War Before the War by Andrew Delbanco

“Distinguished professor of American Studies at Columbia Delbanco examines the untenable paradox of America’s founding on democracy and liberty and dependence on slavery through the stories of those who resisted enslavement by attempting to escape. Delbanco traces the crafting of and attempts to enforce Article 4, Section 2, Clause 3 of the Constitution, known as the fugitive slave clause, which criminalized the sheltering of fugitive slaves and called on local authorities to help return them to slavers … Delbanco provides a fresh and illuminating look at those who held fast to life, liberty, and the pursuit of happiness in unspeakably oppressive and brutal times.” 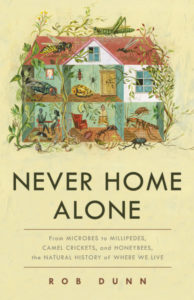 “Cockroaches repel us, we run from spiders in our bathrooms, we kill crickets in our basements and moths in our closets, while our dogs and cats track in dirt full of bacteria. Much to our dismay, our homes are filled with uninvited guests. In Never Home Alone, ecologist Rob Dunn examines the biodiversity we live with every day in our basements, bedrooms and kitchens … Never Home Alone posits that if we look around us as Dunn does, we can begin to see the glorious biodiversity of our indoor worlds and wonder at its complexity and capacity.”