Past Tense: A Jack Reacher Novel 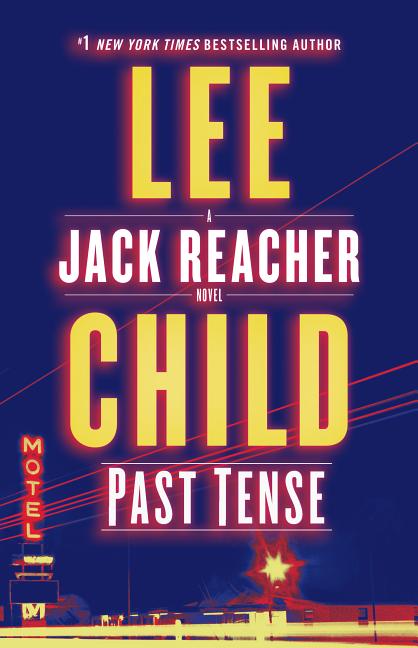 What The Reviewers Say
Rave The Real Book Spy
Has enough action to dazzle even the pickiest thrill-seekers ... Jack Reacher is an intimidating figure, and Lee Child’s quick-witted, fast-paced style lends itself perfectly to his larger-than-life hero. Longtime readers of the series will pick up on an eerie vibe early on that’s reminiscent of Child’s first novel, The Killing Floor (1997), while also relishing the chance to finally learn a little more about the mysterious, Hulk-sized nomad who’s captivated readers for two decades ... Lee Child delivers another winner with Past Tense, a rip-roaring thriller that mixes action and suspense in a way that only he seems to be able to pull off.
Read Full Review >>
Mixed James Parker,
The Atlantic
As usual, the plot includes stretches of psychedelic dullness, in which Reacher’s egoless absorption in a process or data set—his strange, beetling focus on something (the local census, in this case)—makes the page blossom with boredom. But we go along with it; we assent, dazedly, to this level of teeming specificity. Every Reacher book I’ve read is about 100 pages too long. Somehow, I don’t care ... [Reacher] has a novelist’s eye for character ... His sharpest sense is his hearing. Reacher’s ear is bestially acute ... Reacher has an ear because Child has an ear ... the e-sounds are flat, and the a-sounds lengthen out, giving off a dim glow, a grassy phosphorescence, as the eye-beam diffuses in the darkness. That’s assonance, dude, like Wordsworth did it.
Read Full Review >>
Rave David Pitt,
Booklist
Child expertly juggles a pair of seemingly unrelated story lines, keeping them moving simultaneously, until, inevitably, the lines merge and violence ensues. The twenty-third Reacher novel springs some interesting surprises about Jack’s family and contains one of Reacher’s most cold-blooded acts of violence. As always, the prose is lean and efficient, the action scenes are well designed, and Reacher is as formidable an opponent as one could imagine (just this side of a Transformer). Another first-class entry in a series that continues to set the gold standard for aspiring thriller authors.
Read Full Review >>
See All Reviews >>
SIMILAR BOOKS
Fiction

Dead Dead Girls
Nekesa Afia
Positive
What did you think of Past Tense: A Jack Reacher Novel?
© LitHub | Privacy