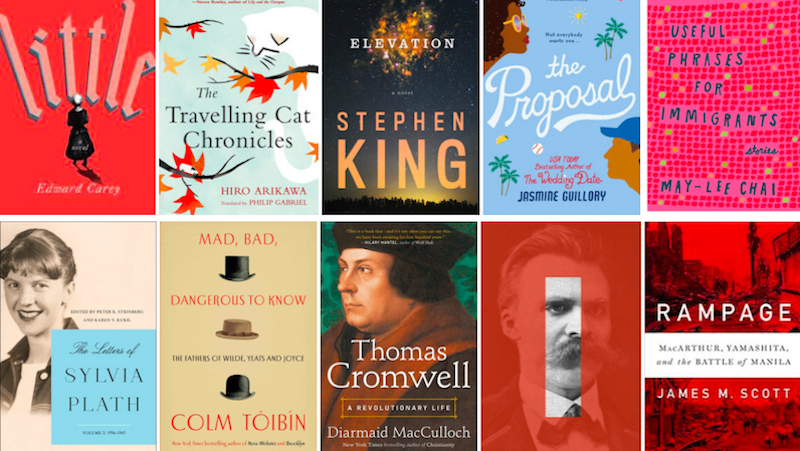 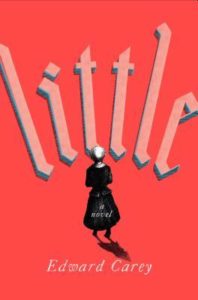 “Carey…presents a creative epic that follows a poor orphan’s rise to become the famous Madame Tussaud. Born in 1761, and nicknamed ‘Little’ for her petite size, Marie Grosholtz becomes the unpaid apprentice of her late mother’s odd, nervous employer, Dr. Curtius…Their skills with wax attract attention, leading to their unusual museum and Marie’s invitation to tutor Princess Elisabeth at Versailles … The oddball characters and gothic eccentricities evoke Tim Burton’s work but without any fantastical elements; the reality is sufficiently strange on its own … The unique perspective, witty narrative voice, and clever illustrations make for an irresistible read.” 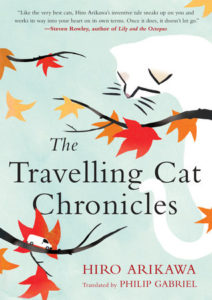 “The Travelling Cat Chronicles is no less valuable for facing issues of friendship, family, loss, and grief with an optimistic and loving outlook. In fact, the book’s greatest strength is that it allows its readers to experience vicarious happiness even as a sense of impending loss begins to creep through the pages … I found myself sobbing through the last 40 pages or so, unable, unwilling, to let this joyful little book go. I doubt many readers—as cynical and hardened as they may be—will get through it dry-eyed themselves. And you know what? Sometimes a good happy-sad cry is just what the doctor ordered.”

“Stephen King’s newest novel, Elevation, is perhaps the most uplifting of his career … What follows is a wonderful collision of two very different plots, culminating in a third narrative strand that takes us to the end of the novel … Elevation is the kind of story you could inhale in a leisurely hour. But for all its slightness, it is a rewarding and philosophically complex piece of work, offering both social critique and a meditation on how our different experiences shape our minds. It’s an encouraging direction for a writer whose themes seem to be maturing as he does.”

4. The Proposal by Jasmine Guillory

“The Proposal knocks it out of the ballpark, pun intended in this case … Rollicking, charming, and infinitely zesty, The Proposal packs all the feel-good punch of a rom-com, with a weighty kick of gravitas around dating issues, loss, and male privilege. It’s vibrantly diverse, from the characters to the food they love and the world they live in. Ultimately, The Proposal magnifies Guillory’s delightful voice, showcases her sharp, invigorating wit, and keeps her considerable momentum going strong.”

“As the world becomes increasingly global, this material proves ever-relevant. Chai’s prose is often unadorned, but occasionally startlingly lovely … Even unnamed characters prove memorable long after their brief appearances … These evocative stories are variously funny, surprising, gloomy and heartening, ultimately about a universal human experience, of immigration and beyond.”

Read a story from Useful Phrases for Immigrants here

“And what a tour de force [The Letters of Sylvia Plath, Vol. 2] is… Her energy even when she is doing or observing the most ordinary things vaults off the page … But Plath’s panic is, at bottom, existential. There is a terror in her of being alive at all, which gives her poetry its hellish edge but which the letters keep valiantly at bay. It’s through the material world, and her own body in particular, that she makes herself feel real: through food and the touch of the sun on her skin; sex and childbirth.”

“Great white literary fathers are not in vogue right now … Forget those preconceptions, however, because Mr. Tóibín’s investigation into the lives and legacies of what he calls ‘three prodigal fathers’ is juicy, wry and compelling … the august academic origins of Mad, Bad, Dangerous to Know don’t cramp Mr. Tóibín’s relaxed first-person style here …  Mad, Bad, Dangerous to Know is an entertaining and revelatory little book about the vexed relationships between these three pairs of difficult fathers and their difficult sons.”

Read an excerpt from Mad, Bad, Dangerous to Know here

“A masterpiece of documentary detective-work, which buzzes with the excitement of a great historian immersed in archives, interrogating not only the thousands of papers Cromwell left behind, but also the gaps left by a (presumed) shredding of evidence as Cromwell’s partisans sought to save him from the king’s wrath at the end … acute, elegant and devastating.”

4. I Am Dynamite!: A Life of Nietzsche by Sue Prideaux

“Wonderfully readable … It is, just about, possible to recommend this book as an introduction to Nietzsche’s philosophy … but its real strengths lie in the quality of its writing and the way it deals with Nietzsche’s relations with the remarkably few people with whom he was close. Other writers have tried to get inside Nietzsche’s mind, but in using her empathic imagination to understand Nietzsche’s relations with his mother, his sister, his friends, his publisher, and even his landlords, Prideaux is able to offer us a valuable new perspective, one in which he emerges as a unique and endlessly fascinating person, but nevertheless a person to whom we can relate.” 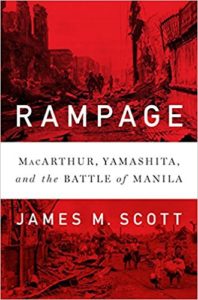 5. Rampage: MacArthur, Yamashita, and the Battle of Manila by James M. Scott

“The atrocities committed by Japanese troops during WWII have been well documented, especially the mistreatment of American POWs during the Bataan Death March and the slaughter of Chinese civilians during the Rape of Nanking. Less well known but just as detestable was the behavior of some Japanese troops during the American effort to regain control of Manila … Scott graphically describes the savagery of urban warfare and asserts that the slaughter of civilians was a Japanese strategy rather than a spontaneous reaction … Scott provides insights into MacArthur and his counterparts in this riveting, often-shocking, and defining account of the Battle of Manila.”