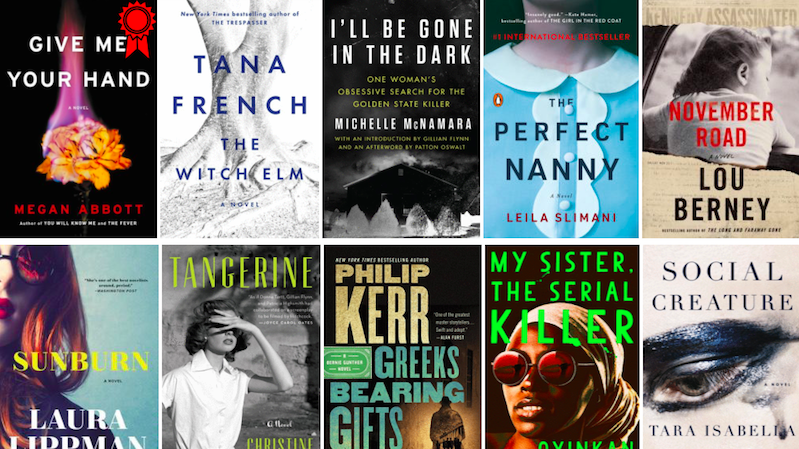 The Best Reviewed Books of 2018: Mystery, Crime, and Thriller 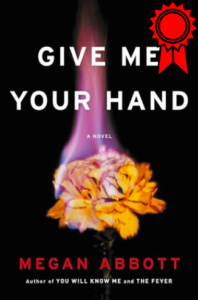 1. Give Me Your Hand by Megan Abbott

“Abbott excels in evoking the strange mix of camaraderie and rivalry that exists in academic research, showing the links forged by long hours and proximity as well as the suspicion and desperation that grow like a bacterial culture in competitive environments … Female friendship and ambition are threaded throughout her work, and here they form a rich tapestry, as she contrasts the ‘now’ of Kit’s professional life as a postdoc in Dr. Severin’s lab with the ‘then’ of her high school relationship with Diane … Ultimately, though, the reason to read this compelling and hypnotic novel is not the execution of the plot or the sleight-of-hand final revelation. What makes it stand out is Abbott’s expert dissection of women’s friendships and rivalries. She is an investigator of the human heart and mind, and Give Me Your Hand is a fine addition to her body of work—one that should cement her position as one of the most intelligent and daring novelists working in the crime genre today.”

2. The Witch Elm by Tana French

“Whose skull is it? Why is it in the tree? Who has had access to the garden, and why can’t Toby remember what he needs to remember? … The Witch Elm is a profound reconsideration of power dynamics between the privileged and the less so, drawing the reader into an uneasy alliance with the former. It’s also a thrilling, absorbing mystery, sprinkled liberally with red herrings and culminating in a profoundly satisfying, if totally unforeseeable, ending.”

3. I’ll Be Gone in the Dark by Michelle McNamara

“…[a] meticulously researched, uniquely evocative nonfiction opus … With unflinching self-awareness, McNamara captures the adrenaline rush that accompanies each potential lead and the crushing disappointment that follows when most inevitably hit a dead end … The true crime genre has been criticized for exploiting trauma, but McNamara’s attention to specific details humanizes but doesn’t overexpose her subjects. Their trauma had become a part of McNamara in some small way, and her narration serves as a constant reminder of the case’s emotional and psychological toll … I’ll Be Gone in the Darkis narrative true crime journalism at its very finest, a complex, multilayered, chilling portrait of a faceless monster, and a remarkable tribute to the woman who, up until her last day, believed she would one day have him in her crosshairs.” 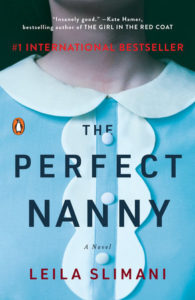 4. The Perfect Nanny by Leila Slimani, Trans. by Sam Taylor

“…Leïla Slimani’s deft, often agonising novel shakes it up with a precision that takes your breath away …what we’re really waiting for is a motive, and Slimani ratchets up the tension by scattering clues, some so distressing that you read on with a genuine and mounting sense of dread …what raises this why-dunnit way above the usual killer-nanny thriller is that it’s also a fantastically well-wrought portrait of social, economic—and ultimately moral—distress and deprivation … What appears at first to be a conventionally enough told tale soon gathers velocity, taking more and more risks as it gallops between viewpoints and tenses, introducing new and pungent characters…throwaway beauty of so many of Slimani’s descriptions and phrases. The result is that you are taken deep into a fragile, damaged yet somehow rationally irrational psyche.” 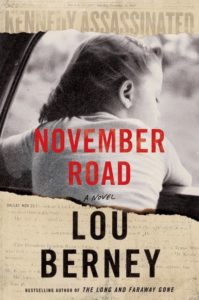 “November Road…tells a propulsive, romantic and danger-laden story centered on two people taking to the open road, running from past mistakes … a crime novel with a rare combination of emotional weight and gunshot speed … Berney gets inside his characters so gradually and gracefully that November Road easily transcends genre conventions. All that, and he keep things moving at a lively clip … November Road is indeed something different. There’s no shortage of JFK fiction, but this one belongs up there with the best.” 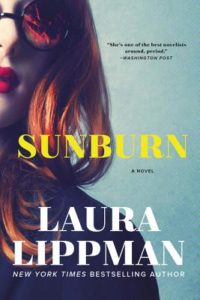 “It’s an explicit salute to Cain—at one point one of its main characters takes certain inspiration from the classic film versions of Postman and Indemnity—and a more than worthy one … It’s tough to say very much about Sunburn without risking spoilers, and this book deserves not to be spoiled. It’s a virtuoso performance of crafting plot, point of view and voice to reveal some things to the reader while withholding others to create a decadent, delicious tension.”

“I’ve never started a review with the words Oh, my God, but they perfectly encapsulate Christine Mangan’s unbelievably tense, incredibly smart debut novel about identity, obsession and secrets … Mangan full-speeds up to her shocking finale, twisting the plot with reveals you never see coming. Best of all, when the book — and the body count — are finished, it’s impossible not to keep thinking about these sharply drawn characters and imagining what might happen next.”

“I lived and worked in Athens in the 1950s, and Philip Kerr’s colorful new novel Greeks Bearing Gifts brought those times vividly back to mind. His dead-on depictions of the city and its boisterous residents, and the deep animosity many still bear toward their wartime German oppressors, rang true … a terrifically complex tale … In one gripping scene, a tough Israeli Nazi hunter holds Bernie’s life in her hands while she and Bernie sit chatting in plain sight on the top tier of the storied Olympic Stadium. This is but one of many heart-racing moments in a beautifully written novel by a gifted writer who has left us too soon.”

9. My Sister, the Serial Killer by Oyinkan Braithwaite

“Sharp as a shard of broken mirror… a formidable burlesque by Tara Isabella Burton. Her obvious model is Patricia Highsmith’s Tom Ripley [but] Burton’s tale has a great deal to say about the very tangible conventions of our time. Its superb dialogue and cutting sense of humor help it glide irresistibly toward the unnerving moment when Louise has to decide whether to kill again.”