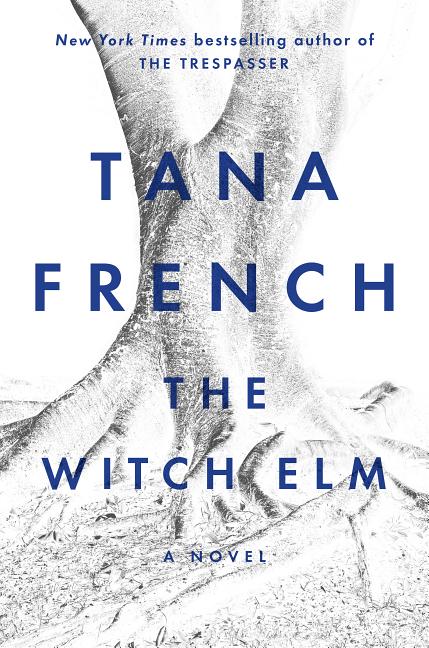 A standalone thriller from the bestselling author of the Dublin Murder Squad series. Struggling to recover from his a brutal attack, beginning to understand that he might never be the same man again, Toby takes refuge at his family's ancestral home to care for his dying uncle Hugo. Then a skull is found in the trunk of an elm tree in the garden—and as detectives close in, Toby is forced to face the possibility that his past may not be what he has always believed.

What The Reviewers Say
Rave Stephen King,
The New York Times Book Review
Here’s a things-go-bad story Thomas Hardy could have written in his prime, although the Hardy version would probably contain no lines such as ‘I looked like the lowlife in a zombie movie who isn’t going to make it past the first half-hour’ … So far, so Agatha Christie (who is even name-checked in passing). You have the murder victim, another skanger (although a rich one) whose passing we need not mourn; you have the small pool of possible suspects; you have the manor house with the walled-in garden where the body was discovered. But an Agatha Christie novel might run 250 pages or so. The Witch Elm is twice that length, and I’m relieved to report that those added pages aren’t just filler ... Characters aside, the book is lifted by French’s nervy, almost obsessive prose. Although they are of different sexes and nationalities, when I read Tana French I’m always reminded of David Goodis. She has that same need to go over it, and over it and over it again, like a farmer who can’t plow the field just once but must go at it from every point of the compass, sweating over the wheel of his tractor, not satisfied until every clod has been crumbled away.”
Read Full Review >>
Rave Josephine Livingstone,
The New Republic
Whose skull is it? Why is it in the tree? Who has had access to the garden, and why can’t Toby remember what he needs to remember? ... The Witch Elm is a profound reconsideration of power dynamics between the privileged and the less so, drawing the reader into an uneasy alliance with the former. It’s also a thrilling, absorbing mystery, sprinkled liberally with red herrings and culminating in a profoundly satisfying, if totally unforeseeable, ending.
Read Full Review >>
Rave Janet Maslin,
The New York Times Book Review
The title tree in The Witch Elm, the Irish writer Tana French’s best and most intricately nuanced novel yet, is a mysterious character in its own right. Stately, 200 years old and burned into the collective memory of the Hennessys, this tree embodies the family’s idea of stability. It anchors a garden so lush that as you sink into this book, you can practically feel tendrils twisting around you ... [French] is in a class by herself as a superb psychological novelist for whom plot is secondary ... Death and mystery hover over the book, and French has some serious fun with twisting such conventions of the mystery genre as the locked-room puzzle ... French’s intense interest in identity and self-deception might make this a slow-building book for some. But if you read her as carefully as you should, it’s a seductively detailed start in which every bit of dailiness is made to matter ... French’s pacing goes pedal-to-the-metal for the book’s last section. Get ready for the whiplash brought on by its final twists and turns. Despite the speed, none of the final revelations feel rushed or artificial.
Read Full Review >>
See All Reviews >>
SIMILAR BOOKS
Fiction

Silverview
John Le Carré
Positive
What did you think of The Witch Elm?
© LitHub | Privacy