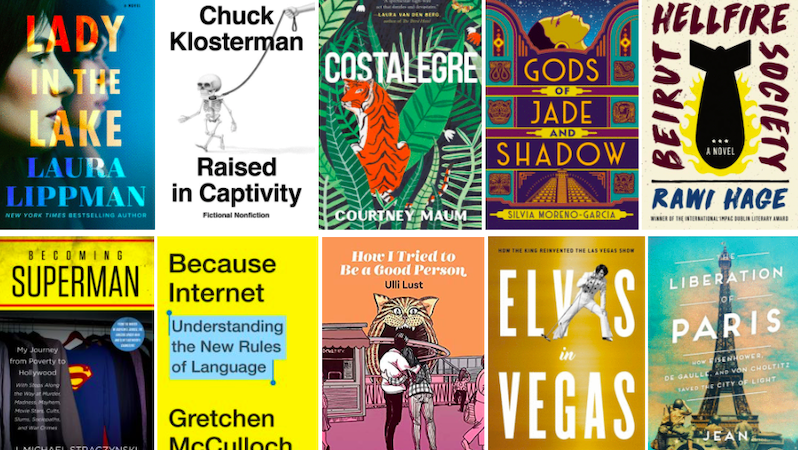 The Best Reviewed Book of the Week

Laura Lippman’s Baltimore-set psychological noir, Chuck Klosterman’s intriguing short fictions, and Ulli Lust’s memoir of a youthful love triangle gone wrong are among the most critically-acclaimed books of the past seven days.

1. Lady in the Lake by Laura Lippman

“Lippman’s ambitious novel weaves some 20 points of view into a seamless, vivid whole. The novel demonstrates that Lippman, a former Baltimore Sun reporter, is both a skilled journalist and a masterful novelist … Lippman isn’t a stranger to stories involving race…and here she casts a wide net in the quest for authenticity, including the perspectives of Cleo’s family and other traditionally underrepresented voices … Lippman writes with a nuanced understanding of character, and each voice is distinct … And although some characters don’t seem to add much to the mystery of Cleo’s death, Lippman uses them to show the many layers a reporter must sift through while pursuing a lead. The Lady of the Lake is more than a ‘weird love letter to Baltimore newspapers’—it is an earnest and beautiful homage to a city and its people.”

2. Raised in Captivity by Chuck Klosterman

Read a story from Raised in Captivity here

“Maum’s slender, intelligent Costalegre is about many things: art as spectacle and art as discipline; life as joke and life as tragedy; the role of unreason in paintings and politics … Maum wonderfully inhabits Lara’s in-progress sensibility … But what happens is less important here than how it feels … Costalegre though often funny, is warmly earnest — a sentimental novel in the best sense of the word … Youth is a time of excitement and giant grayness, when everything seems amplified. Costalegre makes us feel this time, and these feelings, again.”

Read an excerpt from Costalegre here

4. Gods of Jade and Shadow by Silvia Moreno-Garcia

“… the magic that Silvia Moreno-Garcia weaves in Gods of Jade and Shadow immerses the audience in a fairy tale like no other … Readers will be floored by Moreno-Garcia’s painstaking attention to detail, especially in her unforgettable descriptions of the emotionally charged interactions between realistic human characters and otherworldly gods, witches and demonic forces, as well as the fairy-tale and folktale aspects of the plot.”

“Despite its preoccupation with death, Beirut Hellfire Society crackles with the kinetic energy of a dancer, thanks to the stories of the fellow misfits Pavlov encounters … The absurd volume of deaths is also tempered by Hage’s signature dark humor and stylistic playfulness … is also propelled by the motion of death, which Pavlov observes over and over again in all its gruesome and touching moments.” 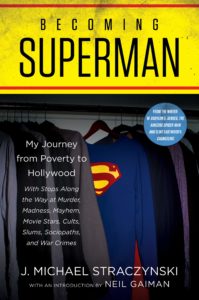 1. Becoming Superman: My Journey From Poverty to Hollywood by J. Michael Straczynski

“This memoir is simultaneously painful and inspiring, infuriating and full of hope, humorous and depressing. It is everything good storytelling should be, regardless of medium … Becoming Superman chronicles the incredible highs and the shattering lows of Straczynski’s career and personal life … his book is…is an inspiring, touching look at how someone born into darkness can find the light and go on to do great things. 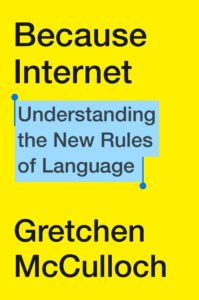 2. Because Internet: Understanding the New Rules of Language by Gretchen McCulloch

“… funny and fascinating … breaks down the structure of ‘internet language’ in a precise and engaging way. She offers novices a well-structured introduction to modern linguistics, including a history of informal writing and the social implications of language … Thanks to McCulloch’s skill in explaining both academic and popular subjects, this survey will make an excellent starting point for anyone’s exploration of the topic.”

3. How I Tried to Be a Good Person by Ulli Lust

“Lust is determined to live her truth, even occasionally putting herself in physical danger. At other times, she’s left contemplating the line between self-actualization and selfishness. Lust relates all this in an uncompromisingly frank manner, with anthropological detail. It’s a rich narrative … Lust’s cartooning remains as fine as ever. Her panels shift from detailed naturalism to bold expressionism as the story requires, yet the stylistic adjustments are fluid and unified … Lust is also uninhibited when depicting sex. The generous scenes of her and Kimata going at it are unabashedly explicit, full of heat, energy, and sweat … Lust seems to create autobiographical comics in part as a way of bearing witness to her life, noting—but never wallowing—in her screw-ups, trying to make sense of them and move forward. Since she seems unable to live a buttoned-down sort of existence she’ll undoubtedly get into more trouble up ahead, but she seems to accept this as the natural order. And we, her enthralled readers, are with her every step of the way.

4. Elvis in Vegas: How the King Reinvented the Las Vegas Show by Richard Zoglin

“This is more about Vegas than Elvis, but the King’s fans should slurp it up anyway. Showbiz maven Zoglin is such a slick pop writer that his prose goes down like rainwater. He depends as much on living performers’ testimonies as on historical newspapers and other books … What [Elvis] changed Vegas from and to constitutes rich, fascinating context in Zoglin’s smart book.”

5. The Liberation of Paris by Jean Edward Smith

“Smith dishes up an outstanding concise history of one of the most dramatic moments of WWII … gives a fresh take on the relationship between Eisenhower and De Gaulle … Smith is an outstanding historian and tells a dramatic story well. This is a solid contribution to the history of WWII that both the general reader and the expert will find enjoyable and informative.”