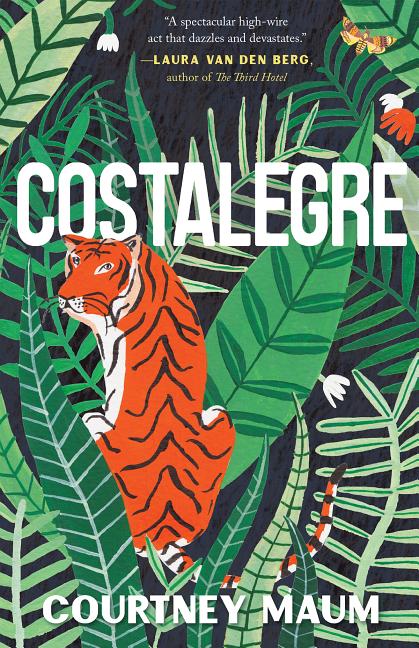 In this novel based on the real-life relationship between the heiress Peggy Guggenheim and her daughter, Pegeen, art collector Leonora Calaway attempts to rescue a group of persecuted artists from Nazi Germany by secreting them away to her Mexican villa, where her neglected daughter Lara finds herself increasingly interested in art and infatuated with a much-older sculptor in the group.

What The Reviewers Say
Rave Lorraine Berry,
The Star Tribune
Maum’s coming-of-age novel among some of Europe’s elite is heartbreaking in its evocation of a teenage girl whose mother collects artists to save but who ignores the daughter struggling not to drown. Maum captures the language and the intense flux of adolescent lability. She does it so well that readers may feel they’ve intruded on something private.
Read Full Review >>
Positive Mona Simpson,
The New York Times Book Review
... delightful ... If frustrations arise from Maum’s whimsical approach...it also provides satisfactions in the gentle comedy of artists in the jungle ... It’s a testament to Maum’s writing that I found myself finishing the book with a sense of a young woman’s growth. In Lara, Maum has given a little-considered daughter a more hopeful future.
Read Full Review >>
Positive Sam Sacks,
The Wall Street Journal
... an indefinable mixture of counterfactual history and surrealist dreamscape ... It’s amusing to imagine this motley assortment bickering at the dinner table, but the glimpses we have of them are brief and undeveloped. Ms. Maum is so reliant on the reader’s ability to figure out their historical models that it’s not quite clear what she’s gained by giving them made-up names ... The exception is the novel’s narrator, Lara ... Movingly, Lara communicates her loneliness in frank and naive paintings that are never good enough to hold her mother’s attention ... For all the strangeness of Costalegre, its core is solid and affecting: A teenage girl who wants her mother to notice her.
Read Full Review >>
See All Reviews >>
SIMILAR BOOKS
Fiction

Trust
Hernan Diaz
Rave
What did you think of Costalegre?
© LitHub | Privacy