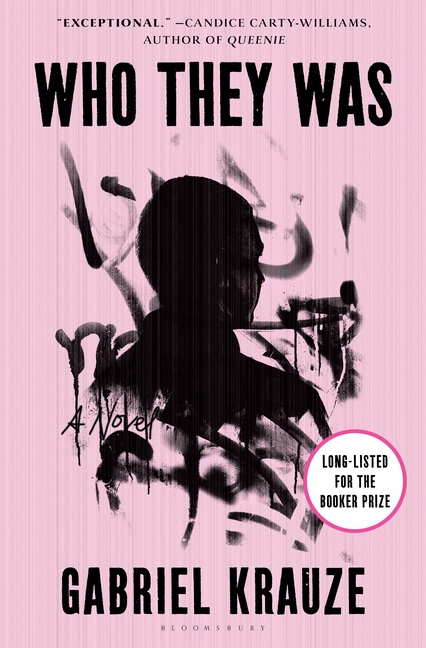 An autobiographical novel about a young man straddling two cultures: the university where he is studying English Literature and the disregarded world of London gang warfare.

What The Reviewers Say
Rave Michael Welch,
Chicago Review of Books
Gabriel Krauze wastes not a single word getting to the action in his debut. Where many novelists hold their readers’ hands in the opening pages, slowly introducing them to the narrator, the world, and the characters that inhabit it, Who They Was instead pushes them face first and mid-sentence ... Who They Was reads as if you were listening to a close friend tell stories on a lazy afternoon. The novel unfolds episodically, often bound together not by a coherent timeline but by theme ... Who They Was is often reminiscent of another Booker Prize honoree, A Brief History of Seven Killings, as both are masterworks of voice and purposeful digressions, moving like verse while also knowing the exact moment to strike with an unsettling and unforgettable scene ... Who They Was is a powerful, challenging, and fearless debut from an author with a story to tell and the talent to tell it. And if you let yourself get swept away by this narrator, you may just find yourself reconceptualizing your reading process.
Read Full Review >>
Positive Courtney Eathorne,
Booklist
In this cutting debut, Krauze introduces readers to the London of his young adulthood, a London of loyalty and violence, of gang allegiance, stabbings, gunshot wounds, and illegal drug trafficking ... The book is written in an authentic London street vernacular, creating a wholly engrossing experience of Gabriel’s life. Krauze has penned a requiem for his younger self, and for young people everywhere caught between worlds of differing morality and beliefs.
Read Full Review >>
Positive The Guardian (UK)
The book unfolds as a string of unrepentant vignettes trading on the implied obliviousness of its readership to an underworld of 'buj' and 'belly' ... Besides any number of awesomely tense set pieces, steady fascination stems from Gabriel’s almost surreally overlapping identities ... It’s a mark of Krauze’s success that, far from seeming ersatz, there’s real psychological crunch to his picture of code-switching outsiderdom ... The bristling energy of this hood-life tell-all ultimately flows not only from its ultra-violent vernacular swagger, but from the more subterranean pressure of a family dynamic kept just out of view.
Read Full Review >>
See All Reviews >>
SIMILAR BOOKS
Fiction

The Ancestry of Objects
Tatiana Ryckman
Positive
What did you think of Who They Was?
© LitHub | Privacy