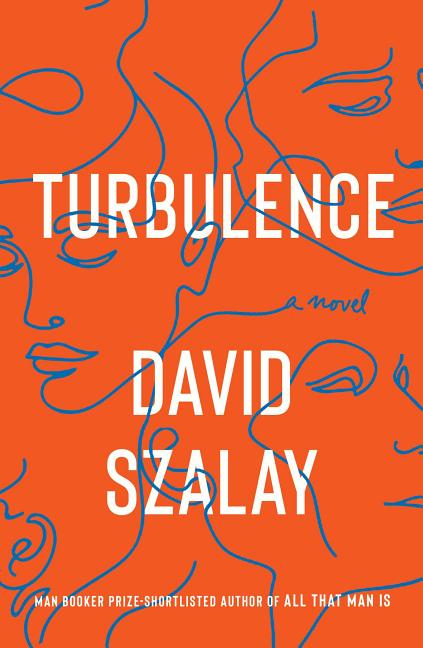 From the Man Booker Prize-shortlisted author of All That Man Is, a novel about twelve people, mostly strangers, and the surprising ripple effect each one has on the life of the next as they cross paths while in transit around the world.

What The Reviewers Say
Rave Justine Jordan,
The Guardian
Putting a girdle round the Earth in just 130-odd pages, it’s inevitably a much leaner work, written in a brisk, authoritative past tense rather than a layered and shifting present ... There’s not an ounce of fat to be found, as decades of emotion hang in the spaces between the short, declarative sentences ... As the stories operate through plot ironies and the sudden illumination of character, this radical simplicity of style means that they offer up most of their pleasures on first reading ... What Szalay does so well is the minute-by-minute apprehension of the close-up world, what he calls 'the tightly packed fabric of reality', combined here with an impressively global vision ... It’s part of Szalay’s genius that he can encompass the distance between the [inspirational and brutal irony].
Read Full Review >>
Positive Dwight Garner,
The New York Times
Turbulence is a sleek machine with a cool tone. Each chapter picks up from the last, but presents a new protagonist, as if a moral baton were being passed. The chapters come full circle. In the end, the book resembles a snake that’s begun to consume its own tail ... Szalay...is a gifted writer ... Turbulence...[is] a consistently interesting novel, but its 12 chapters...race past so quickly (each is around 10 pages) that you’re back on the ground, your ears fizzing, before you’ve had a chance to finish your little bag of pretzels ... There are enough plot fragments in Turbulence to suggest many novels. Szalay could set up shop on eBay. I wish he’d carried some of them a bit further. These melancholy flights have a lot to say about human impermanence.
Read Full Review >>
Positive Jake Cline,
The Washington Post
... a fast read. Szalay begins each chapter with a clear throat and a determined gaze, and the stories jump from their opening lines ... Szalay is not, however, a breathless storyteller. While he’s masterful at quickly establishing a mood and a character, he creates humid, uncomfortable tales, their air thick with worry and the threat of tragedy ... Much of the fun of Turbulence — and yes, there is joy to be had in reading this cheerless but clever book — is discovering how Szalay will upend the reader’s perspective of a character from one chapter to the next ... Szalay understands that how people respond to one another during life-changing events can be just as important as the events themselves.
Read Full Review >>
See All Reviews >>
SIMILAR BOOKS
Fiction

Vladimir
Julia May Jonas
Rave
What did you think of Turbulence?
© LitHub | Privacy