The Voyage of the Morning Light 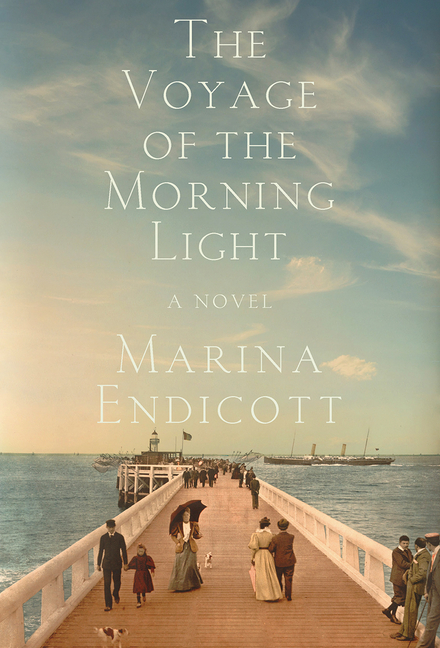 Kay and Thea are half-sisters, separated in age by almost twenty years, but deeply attached. When their stern father dies, Thea travels to Nova Scotia for her long-promised marriage to the captain of the Morning Light. But she cannot abandon her orphaned young sister, so Kay too embarks on a life-changing journey to the other side of the world.

What The Reviewers Say
Rave Alida Becker,
The New York Times Book Review
One of the many pleasures of Marina Endicott’s exhilarating new novel...is its celebration of life on the open sea ...ay’s gradual awareness of what she can and can’t escape works in deft counterpoint with the wider-world encounters of the dark-skinned child she calls Aren, considered by Thea and Francis to be their adopted son. But how will this arrangement play back in Canada, if Aren even makes it that far? The second half of the novel picks up the action a decade later, when the Great War has destroyed the last remnants of the great age of sail, as it has so many other things. There are new troubles on the horizon, but the sea, with its invigorating attraction, remains.
Read Full Review >>
Rave Carol Haggas,
Booklist
Sweeping, seafaring coming-of-age novels about young men are standard fare. What makes Endicott’s contribution to the genre, which is based on a true story, so noteworthy is the grit, determination and charm of her young female adventurer. Endicott artfully combines a bracing world voyage and the equally transformative journey of a young woman discovering and honoring her genuine nature. With her passion for all the creatures and cultures she encounters, Kay shines as a timely embodiment of the solace of human connection across time and space.
Read Full Review >>
Rave Kirkus
Endicott depicts her characters with great delicacy and sympathy. Kay, especially, is a wonder to behold: She’s barely a teenager when the novel begins, and to witness her first encounters with the world, as she quietly unravels her own feelings and beliefs about what she sees, is simply marvelous. The novel’s second half shifts in time and mood in a way that feels both surprising and exactly right. There is so much in this book to linger over, from Kay and Thea’s relationship with each other to the strength and autonomy of Kay’s mind to Endicott’s lyrical descriptions of the sea and the ship. It’s a novel to return to again and again ... Endicott’s latest novel is a quiet, elegant triumph with no easy answers.
Read Full Review >>
See All Reviews >>
SIMILAR BOOKS
Fiction

Mona at Sea
Elizabeth Gonzalez James
Positive
What did you think of The Voyage of the Morning Light?
© LitHub | Privacy