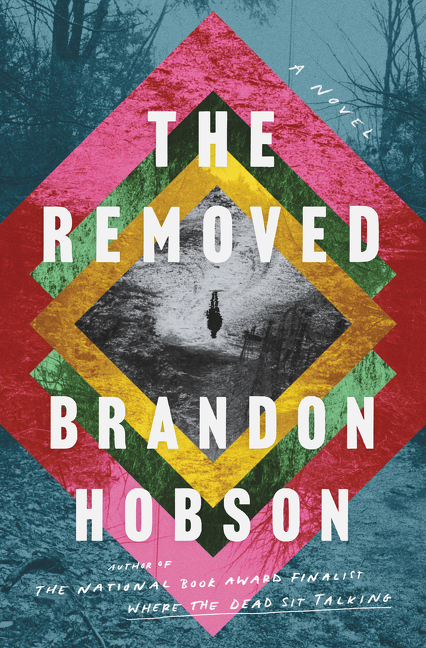 National Book Award finalist Hobson returns with the story of an Oklahoma Cherokee family struggling in the aftermath of the death of one of their three children, who was unjustly killed 15 years earlier by a white police officer. Depression, Alzheimer's and other maladies plague the family members as they go about daily life burdened by long-lasting grief.

What The Reviewers Say
Rave Marcela Davison Aviles,
NPR
The roads taken by the family in The Removed , Brandon Hobson's new novel, are essential ones in this moment of national reclaiming. The story in this book is deeply resonant and profound, and not only because of its exquisite lyricism. It's also a hard and visceral entrance into our own reckoning as a society and civic culture with losses we created, injustices we allowed, and family separations we ignored ... a braided story of one family's memories of loss and the trauma of heritage ... Powerful storytelling. The Echotas are constantly crossing over and returning from death, heritage and trauma, and Hobson puts the reader right in the center of their paths. Together, their collected and shared stories fill the world around them with a luminous seeking through grief and a learned yearning, now ours as well, that pierces through unanswered calls for justice.
Read Full Review >>
Rave JOHN DOMINI,
Los Angeles Times
... what sets this novel apart, what stamps it as extraordinary, is the way it interweaves the grimly familiar with elements of fantasy, thereby illuminating both present and past ... Hobson’s style is colloquial throughout; he works in American plainsong even when summoning voices from beyond. If Tsala seems to trace a hero’s journey, it’s because of his subject matter, not any grandiose rhetoric, and the same applies for Maria’s deepest bouts of melancholy ... The whole comes together convincingly, the narratives attaining cosmic balance. Still, Hobson’s outstanding creations are the two women, their drama so rich you almost wonder why he bothered with the more bizarre business ... when I call The Removed his finest accomplishment, I mean that it best harnesses his complete sensibility. Pulling out all the stops, he’s carved a striking new benchmark for fiction about Native Americans.
Read Full Review >>
Rave Chelsea T. Hicks,
Los Angeles Review of Books
The descriptive prose is at once brooding and funny, surreal and absurd, but the cumulative effect is of genuine spiritual weight. Like N. Scott Momaday, Hobson blends material and immaterial experiences in his characters’ minds. Hobson has noted Momaday as his biggest influence, and that influence is most keenly evident in descriptions where the visible and invisible worlds intersect. Modes of perception—spiritual, physical—are layered in certain scenes, as when Maria observes birds who seem to embody the spirit of her late son, and the spirit Tsala drinks water from a creek. The narrative is studded with many such affecting and thought-provoking moments ... The Removed works to counter the commonplace horrors it depicts. Hobson powerfully elucidates modes of surviving and healing that will leave thoughtful readers with provocative questions ... a funny, sensual, realistic, thoughtful, horrific, and ultimately truthful account of the ongoing scourge of racism in American life. Hobson’s intelligent and compassionate treatment of the subject gives his readers space to ask what it would take to correct endemic bias and inequity, and the resulting damage to Native families. Most of all, his intense concentration on small moments of healing, even amid ancestral trauma and grief, shows the way toward a more peaceful life for everyone.
Read Full Review >>
See All Reviews >>
SIMILAR BOOKS
Fiction

This Other Eden
Paul Harding
Rave
What did you think of The Removed?
© LitHub | Privacy