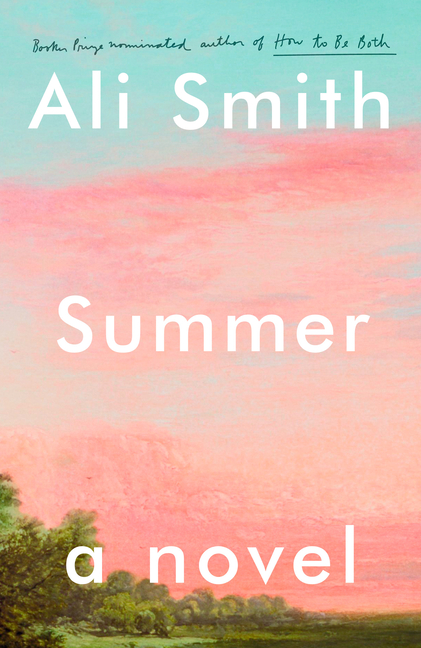 In the present, Sacha knows the world’s in trouble. Her brother Robert just is trouble. Their mother and father are having trouble. Meanwhile, the world’s in meltdown­—and the real meltdown hasn’t even started yet.

What is this?
Rave
Based on 29 reviews

What The Reviewers Say
Rave HELLER MCALPIN,
NPR
Is it a mistake for writers to pursue topicality? Is the necessary perspective possible at such close range? Will such work date as quickly as old news? We know where Smith stands on these questions, and I'm with her ... [a] remarkable project ... What will keep [this series] fresh long after the news cycle has moved on is their passionate engagement with universal issues such as grief, injustice, human warmth and cruelty, and the life-enhancing powers of love, art, and decency ... Smith reveals subtle but overarching connections between the four volumes' recurrent characters and themes, bringing this brilliant quartet to a satisfying close. But as befits our dark times, there's a somberness to this volume that even Smith's characteristic compassion and brainy playfulness can't quite mitigate ... I'll miss the intricate narrative Smith has spun out of a combination of real and fictional people and events ... Of course Summer, the denouement of Smith's truly novel quartet of novels — which ends while the world is still wracked by the novel coronavirus — also faced a risk of being overloaded with our expectations. Not to worry: This final volume bears the weight with aplomb.
Read Full Review >>
Positive Dwight Garner,
The New York Times
Ali Smith’s new novel, Summer, is the concluding volume in her immersive, prickly and politically ardent seasonal quartet ... Each has been on the beat of the world’s news, from Brexit to Trump to wildfires in Australia to immigrant detainees to, now, the arrival of Covid-19. (You imagine her at the printing plant, dictating final touches as the presses churn.) Each has been like a push notice that clicks open in your mind ... When we get momentarily baffled in a Smith novel, we don’t, like Samuel Beckett’s Vladimir and Estragon, sit and scratch our hindquarters. We’re with the author, banging down bosky mental paths. She trusts that we’ll eventually notice the trail blazes on the rocks. She’s writing about the state of her own soul at the moment, and meaning can be up for grabs ... This novel has a lot to say about political prisoners and immigrant detainees of all stripes, from World War I up to the present day. Efforts are made to help some of them ... Along the way there is a good deal of talk about evanescence — of summertime and everything else ... This novel made me laugh, quite a lot, as the generations wage war ... Smith’s seasonal novels can be pretty on-the-nose, politically. Sometimes they veer into the saccharine. The water, here and there, turns brackish. But as with a strong river, their motion is fundamentally self-purifying ... Summer is a prose poem in praise of memory, forgiveness, getting the joke and seizing the moment. 'Whatever age you are,' one character comments, 'you still die too young.'
Read Full Review >>
Rave Ellen Akins,
The Washington Post
In a novel that is, like all of Smith’s, rich with references, characters quick to share stories about artists and their work, and the misfits and heroes of history, Summer is more than a perennial season. It is the bravura performance of a writer, poised at the edge of the day’s vast darkness, gathering all the warmth and light of our inner summer.
Read Full Review >>
See All Reviews >>
SIMILAR BOOKS
Coming Soon

Cult Classic
Sloane Crosley
Rave
What did you think of Summer?
© LitHub | Privacy