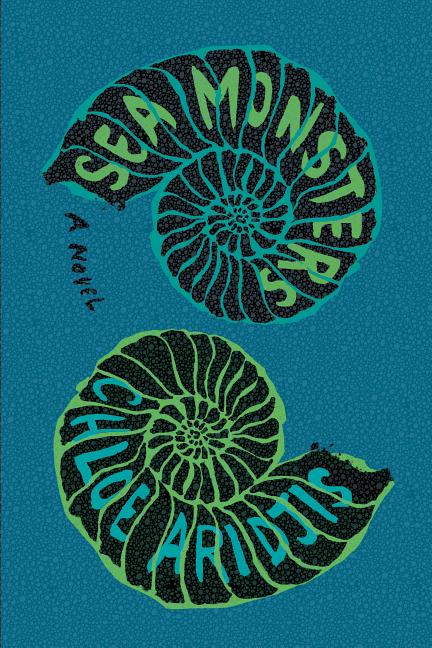 One autumn afternoon in Mexico City, seventeen-year-old Luisa does not return home from school. Instead, she boards a bus to the Pacific coast with Tomás, a boy she barely knows.

What The Reviewers Say
Rave LILY MEYER,
The Atlantic
Sea Monsters derives little energy from what happens to Luisa, or from how she changes during her travels. Instead, it works like a poem, gathering steam through image, repetition, and metaphor ... Like a magician, Aridjis is obsessed with elusiveness; like a symbolist, she far prefers imagination and metaphor to plain sight ... the novel’s satisfactions come not from character growth or plot resolution, but from the evoking of emotion through symbols ... Few novels operate this way, but many poems do. I found that Sea Monsters frequently conjured Elizabeth Bishop’s 'The Fish,' with its rapt attention to the fish’s real and imagined body. The victory at the poem’s end comes not from catching or keeping the fish, but from having beheld it. Observation and beauty create meaning ... The novel’s strength lies in its ability to turn to the next magic trick, the next detail, the next sight. Those sights are all the more impressive when conjured solely from language. By opting out of fiction’s conventional prioritization of plot or character development, Aridjis foregrounds her ability to develop images and metaphors. The result is seductive in its multiplicity.
Read Full Review >>
Rave Ellen Jones,
The Los Angeles Review of Books
...Sea Monsters is a surreal, captivating tale about the power of a youthful imagination, the lure of teenage transgression, and its inevitable disappointments ... Plot has very little role to play in Sea Monsters; Aridjis allows her narrative to swell and recede like the sea, along with Luisa’s capacious imagination. Episodes from the beach and the city are woven together, not so much to advance a narrative arc, as to build rich evocations of place and to sketch out the inner world of a fickle teenager who is both restless and apathetic, self-absorbed and self-aware ... The violent rains, the traffic, the perennial security threat—these scenes wonderfully evoke the city’s ability to make its inhabitants feel claustrophobic ... But the novel is just as powerful when depicting the capital’s opposite, the tiny Oaxacan beach town of Zipolite, which turns out to be no idyll either. Here Aridjis evokes the eerie, interminable crashing of waves on the shore; the eccentric mix of nudists, beachcombers, and European tourists ... Aridjis’s protagonist is so rich and interesting because she is full of contradiction. For all that she is image conscious and desirous of new experiences, her fragile sensibility is quietly revealed ... Sea Monsters is a contemplative, meandering novel—there are no unexpected plot twists, no great climactic resolution. But, Aridjis excels at writing a life lived in the borderlands between reality and fantasy, conveying the imagination of a 17-year-old with whims and fancies that are intriguing rather than exasperating or laughable.
Read Full Review >>
Positive Katy Waldman,
The New Yorker
The narrator has a strange, sharp brain, roiling with classical references, and her judgments give the book an intellectual rigor that is somehow not at odds with its dreamy lethargy ... Aridjis is deft at conjuring the teenage swooniness that apprehends meaning below every surface. Like Sebald’s or Cusk’s, her haunted writing patrols its own omissions ... self-contained, inscrutable, and weirdly captivating.
Read Full Review >>
See All Reviews >>
SIMILAR BOOKS
Coming Soon

The Harpy
Megan Hunter
Positive
What did you think of Sea Monsters?
© LitHub | Privacy