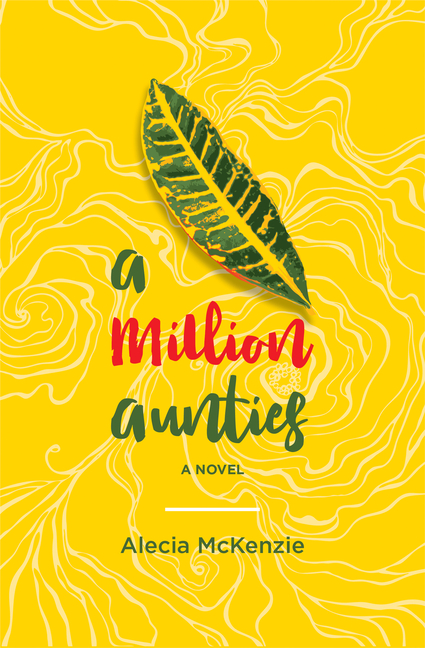 After a personal tragedy upends his world, American-born artist Chris travels to his mother's homeland in the Caribbean hoping to find some peace and tranquility. He plans to spend his time painting in solitude and coming to terms with his recent loss and his fractured relationship with his father. Instead, he discovers a new extended and complicated 'family,' with their own startling stories, including a love triangle. The people he meets help him to heal, even as he supports them in unexpected ways, through his art. Told from different points of view, this is a novel about unlikely love, friendship, and community, with several surprises along the way.

What The Reviewers Say
Rave Maisy Card,
The New York Times Book Review
During a discussion of my own novel, These Ghosts Are Family, at a private book club, a group of Caribbean women told me that the one aspect of the story — which teems with the supernatural — that they’d found the most unbelievable was when a character dies and has his identity stolen because he has no family except for an aging grandmother to come looking for him. 'That would never happen in the Caribbean,' one participant said. 'He would have cousins, he would have neighbors, uncles — he would have aunties!' The Commonwealth Prize-winning, Jamaican-born author Alecia McKenzie’s tender new novel — an emotionally resonant ode to adopted families and community resilience — fills this gap. A Million Aunties is a polyphonic narrative with a cast of characters who have experienced betrayal, disaster and loss at different stages of life ... although some story lines are left unresolved, the author seems less interested in how the characters tie up their conflicts and more in exploring how not just family but community can be our saving grace in our darkest moments. McKenzie’s message is clear: There is power in us simply showing up for one another.
Read Full Review >>
Rave Sonia Saikaley,
The New York Journal of Books
Have you ever not wanted a book to end? Were disappointed that the characters are gone from your life? A Million Aunties by Alecia McKenzie is one such novel that makes you yearn for more. Its brilliantly developed characters linger after the story has ended and you wonder how the artists, widowers, adopted and biological sons and aunties are managing. You want to sit with them at the kitchen table, eating fried dumplings and slices of plantain and sipping mint tea or coconut water, and listen to their stories of loss and hope. Get to know them better. Sadness and all ... short yet powerful ... McKenzie creates memories that float like petals in the wind or smash like hard waves against a shore. From Jamaica to America to France ... McKenzie has crafted captivating characters and chapters that hold your attention and with each turn of the page you want to learn more ... Throughout the novel, McKenzie gracefully tackles tough topics such as racism and violence against women ... Despite the novel’s strengths, sometimes it feels like there is too much going on, and this causes the story to lose focus ... Yet the solid character development and brave writing bring you back, and you can’t help but wonder what will happen next in this multilayered and relevant narrative.
Read Full Review >>
Rave Shoba Viswanathan,
Booklist
As the story meanders from Firenze, Alabama, to New York City and Jamaica to Paris, it is filled with characters who become a global family for American-born artist Chris, who travels to Jamaica, his mother’s island, to quietly paint and mourn for his wife. McKenzie uses multiple points of view to portray a strong cast of characters ... The writing is evocative, capturing vivid details in descriptions of a ride on a new highway to Kaya Bay and Chris’s feelings when he sees Monet’s Camille sur son lit de mort, scenes finely balanced, with brisk storytelling that makes each character’s experiences engrossing.
Read Full Review >>
See All Reviews >>
SIMILAR BOOKS
Fiction

Dinosaurs
Lydia Millet
Positive
What did you think of A Million Aunties?
© LitHub | Privacy