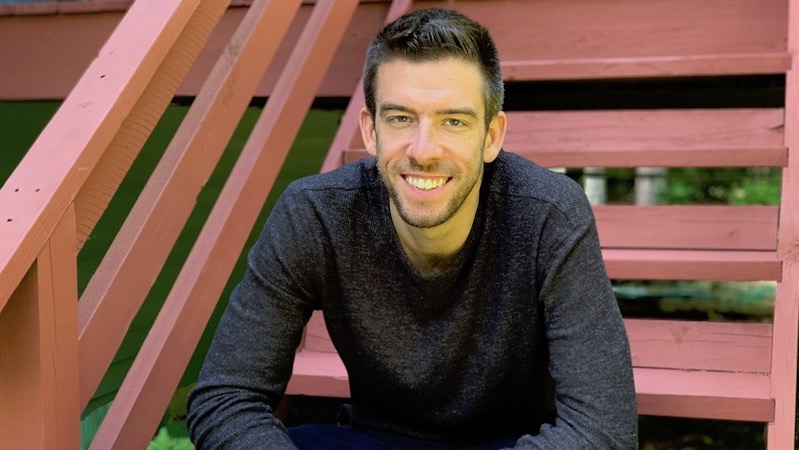 "At this rate, the only people left writing in ten years will be risk-averse hobbyists and people with trust funds"

This week we spoke to New York-based writer and critic, Pete Tosiello.

Pete Tosiello: I’m sure it’s a cliché to cite an NYRB Classic, but Linda Rosenkrantz’s Talk floored me and I’m glad it received a long overdue day in the sun (pun sort of intended) when it was reissued in 2015.

This answer, of course, presumes that I’d be a man out of time in appreciating Talk’s aesthetics and politics, both of which were about forty years ahead of their time by my count. It’s a book consisting entirely of dialogue, conversations culled from real life recordings of Rosenkrantz and friends sitting on an East Hampton beach in 1965. They discuss their fluid sexualities and grouse about dating, voicing guilt over their wealth and malaise with New York City. They’re narcissistic but more self-aware than they let on, and the book’s unvarnished exhibitionism is both absorbing and hard to look at.

I guess Talk was more or less written off as a party trick upon publication in 1968, which is a shame. It has this ineffably warm, flippant alt-lit looseness, and its discursions on fame and mental health from the mouths of young adults were either prescient or genuinely timeless. Either way, I simply cannot fathom that someone made this book while Lyndon B. Johnson was president, and people really missed out.

PT: Rebekah Frumkin’s The Comedown and Rebecca Kauffman’s The Gunners have stuck with me. The Comedown is this sprawling multi-generational caper with a giant multi-racial ensemble cast that could have gone wrong in a million different ways. Reading it, I remember thinking that Frumkin was just cooking up increasingly difficult setups in which to maneuver her narrators. Plus, I think she was, like, 26 when that book came out? Holy crap.

The Gunners is this unassuming but incredibly tender character study, kind of a weepy but not patronizingly so. I guess I’m just encouraged anytime I see young writers manage to publish subtle literary novels without relying on flashy hooks.

Another one I’ve been thinking about a lot (although it just misses the one-year cutoff) is Daniel Riley’s Fly Me, which for a debut is wildly ambitious, self-indulgent, and flawed, albeit in compelling, human ways. I was so impressed by the vividness with which Riley evoked this glitzy ‘70s California subculture, and the whipsawing plot elements kept me glued for 400 pages. The current market is such that debut novelists rarely get the chance to go down swinging like this, but sometimes failure can be thrilling, and Riley’s is electric.

PT: As far as writing goes, it’s a relatively open field. Anyone who can read a book can provide valid insights and criticisms of it. Some of the best criticism is written by people who don’t do it as a full-time job. Diversity of perspectives is good, in the literary world at least. More types of writers should review books.

There’s an oft-repeated sentiment that book reviewing has gotten too nice, which I do agree with, although I don’t see it as a crisis-level event. Empathy is important, and most writers seem to agree that writing books is hard. The pool of potential book reviewers, I suppose, is small enough that people fear retribution. But all books aren’t good, or rather they don’t succeed by every metric, and art is elevated by high standards.

PT: I’m a ‘90s child myself, but having spent most of my adulthood working a succession of increasingly anxious “marketing tech” jobs, I’ll say that while social media has democratized criticism somewhat on an individual level, it’s largely a wash because the space has become so constricted by the same platforms.

Prior to social media I think there were insurmountable barriers to entry for marginalized writers who hoped to get published. There still are, obviously, but thinking back to some of the most dynamic book essays I’ve encountered in recent years, especially those by folks who don’t happen to be white men in New York, many were published in reader-supported outlets with organic audiences like the Los Angeles Review of Books, 4Columns, The Baffler, and n+1. One can become a successful critic—by today’s standards, anyway—without navigating the Harvard-to-The New Yorker pipeline, or whatever it was.

With that said, it’s a game of swiftly diminishing returns, and the boldest minds of a generation are fighting for table scraps. Twenty years ago every newspaper and magazine passively agreed to start giving away their content for free online, assuming that (a) the Internet would be a passing fad, or (b) they’d be redeemed by a Monetization Strategy To Be Named Later. This was an unconscionable oversight on both accounts, and then Mark Zuckerberg undercut the entire market by selling the world’s most advanced consumer targeting technology for pennies on the dollar. He cannibalized the American press, held the surviving newsrooms and mastheads hostage, and the U.S. government didn’t do a darn thing about it. At this rate, the only people left writing in ten years will be risk-averse hobbyists and people with trust funds.

In terms of book criticism itself, I actually think the move toward what some condemn as clickbait has had positive ramifications. For most of the last century, book reviews functioned as a consumer’s guide: literally, should you or should you not purchase this book. When I read old reviews in The New York Times archive, I’m frequently surprised by how many are tepid plot summaries with one- or two-sentence conclusions declaring the books’ merits. As short pieces of commercial writing, book reviews are still formulaic by definition, but the social media age has facilitated a move toward broader argumentation—no one’s going to click on an essay headlined “This book is just okay.”

My fear in the short term is that this trend toward argumentation will skew academic. The American academy is a lousy beast of privilege which bestows qualifications only upon those who can sacrifice pots of money and years of their prime earning potential. Academic writing is stodgy, and academic arguments are often arbitrary. I’m not seeing too many theoretical treatises in book review pages just yet, but markets of scarcity tend to reward people already predisposed to benefit from them.

PT: Hardly a week goes by that I’m not grateful for Jia Tolentino and Jo Livingstone. They both have this ruminative quality which lends the impression of an irradiant brain at work rather than advancing the conclusions of an oracular gatekeeper. They recognize that the objective critical voice is a myth, and that supposition of one reinforces power structures. As digital natives, they posit a set of shared referents while remaining inclusive and approachable. I look forward to reading and growing with them for a long, long time.

Pete Tosiello is a freelance writer and critic based in New York City. He is a frequent contributor of books coverage to The Washington Post, The Outline, The Kenyon Review, and the Los Angeles Review of Books. He has reviewed novels for the Los Angeles Times, The Village Voice, and The Awl, and written culture features for Vulture, SPIN, and FLOOD Magazine.