The Comedown: A Novel 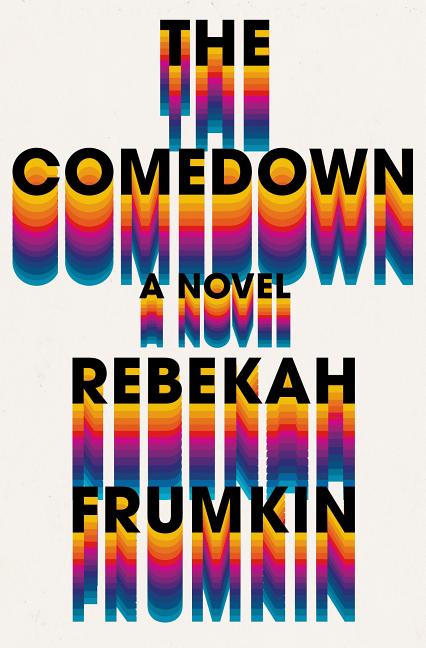 When a drug deal goes horribly wrong—and a suitcase (which may or may not contain a quarter of a million dollars) disappears—the dealer and his addicted client become entangled in one another's lives in a series of strange events.

What The Reviewers Say
Rave Nathan Hill,
The New York Times Book Review
The book isn’t necessarily interested in solving its central mystery; what it wants to do instead is emphatically contextualize it. Frumkin doesn’t simply explain a crime; she examines every life the crime touched. Which means a lot of digression. And this might be tiresome if the digressions weren’t so good, so fully realized and meticulously, skillfully rendered. A weird feature of this book’s structure is that sometimes the new protagonist is someone you’ve never heard of, which creates a moment of disorientation that Frumkin bravely, confidently allows to remain; she trusts her readers ... Rebekah Frumkin can write ... readers hoping for a quick-plotted crime drama might feel a little angry as each chapter backtracks to chronicle some new origin story, but they’ll be missing the real brilliance of this book: In its rejection of any fixed perspective, The Comedown is able to examine the reflexive and sometimes sloppy ways people construct an identity, how that identity changes over time and how that identity is often dramatically different from the way people are perceived from the outside ... it’s a book about crests and troughs, highs and comedowns, joys and brutalities—about how easily our lives are wrecked, but also how powerfully we’re able to survive and rebuild.
Rave Pete Tosiello,
Full Stop
With a tapestry which brings to mind a nineteenth-century naturalist novel, The Comedown supplies a dozen hypotheses on how children become their eventual adult selves, isolating the inputs which produce divergence among even siblings and spouses ... While a few of The Comedown’s characters exhibit a saccharine quaintness ostensibly ill-suited for their desperation, the sprightly pacing means their deep backgrounds are executed in brief snapshots, and Frumkin manages to sympathize with them without needing to occupy them herself ... Frumkin’s race writing in The Comedown is perceptive and modulated. Both the Jewish and black families are recognizable yet atypical, and the intersection of white guilt with sexual fulfillment makes for some of the book’s most compelling, if delicate, passages ... The Comedown’s non-chronological narrative can make for rough going early on, but as Frumkin leaves no heartstring untugged, it makes the exposition suspenseful in itself. If it’s a trick, it’s a brilliant and thrilling one, with each pivot and retread diligently plotted ... The Comedown is a romp which never loses track of its compassion, messy in a charismatic, lifelike way, a giant, leaping wash of twentieth and twenty-first century Americana which never lapses into cliche. Frumkin’s characters linger long after the final page, such that finishing the book is a comedown of its own.
Read Full Review >>
Rave Bradley Babinder,
The Los Angeles Review of Books
Frumkin’s technique of replaying scenes from multiple perspectives effectively gives readers a 360-degree view of how something happened. Most importantly, however, it is useful for exploring the totality of how her characters’ actions affect those around them, and how each character lives with it. The scope of The Comedown is such that everyone is in close proximity to a tragedy at all times. Frumkin’s juxtaposition makes it clear that what these characters do to one another in the book is both awful and perfectly human. The contrast born out of The Comedown’s structure also makes room for Frumkin to explore her characters’ wide-ranging sociopolitical circumstances. The differences are generational, racial, cultural, and economic, and she writes clearly on how their existence and collisions shape the lives of her characters ... At its core, the book is about relationships and the joy and pain they bring. In that realm, and others, it’s a resounding success.
Read Full Review >>
See All Reviews >>
SIMILAR BOOKS
Fiction

Each of Us Killers
Jenny Bhatt
Rave
What did you think of The Comedown: A Novel?
© LitHub | Privacy