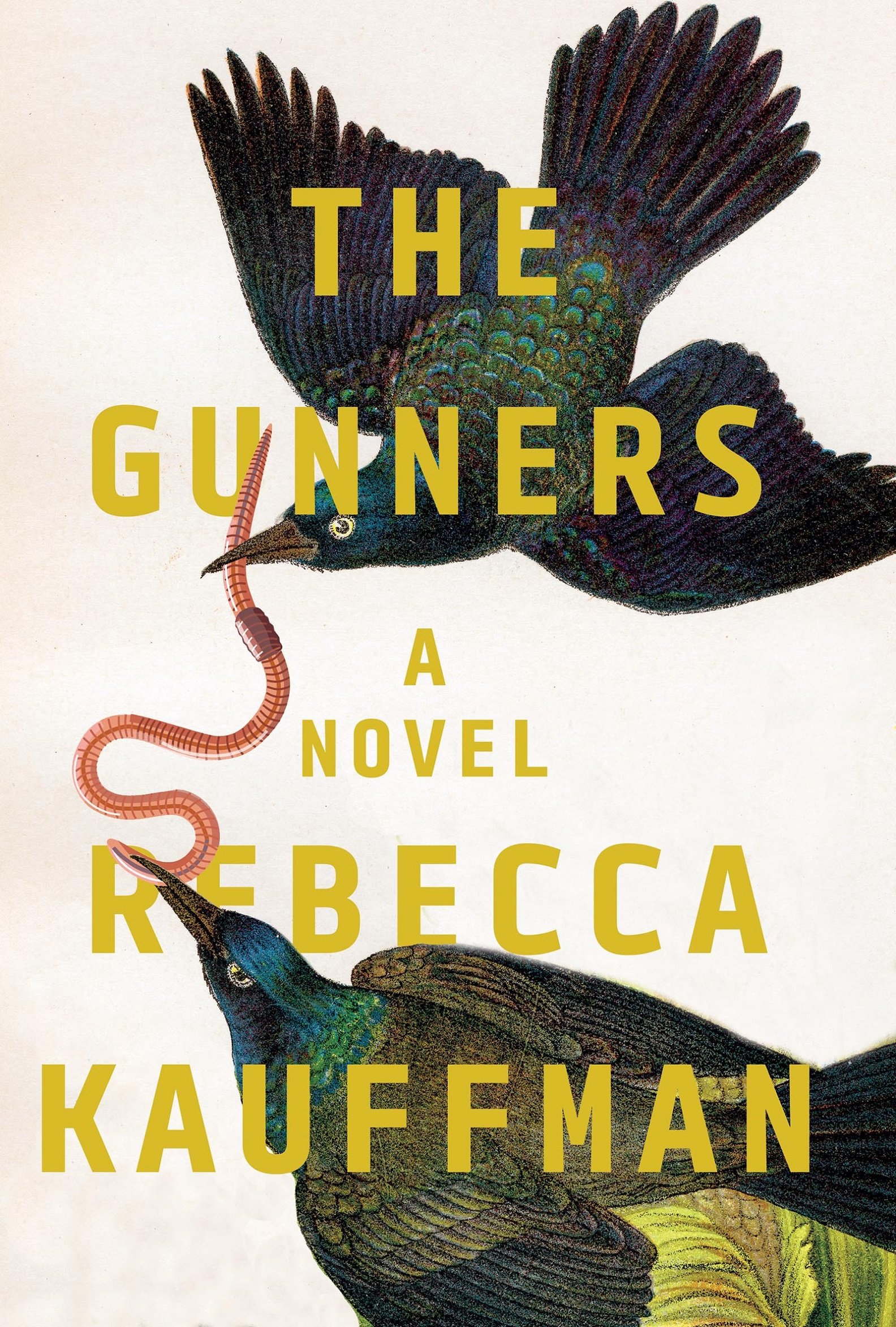 A novel about a once-close-kint group of childhood friends who come together after ten years when one of their members commits suicide.

What The Reviewers Say
Rave Xhenet Aliu,
The New York Times Book Review
...Kauffman has done something remarkable with The Gunners, the now grown group of childhood friends who adopted the moniker from the mailbox of the abandoned home they used as an after-school squat: She’s made spending time with them not just tolerable, but delightful. And she’s achieved this not by manufacturing likability, but by so convincingly rendering the affection between them that you accept each character’s foibles as readily as they do one another’s ... using Mikey, the most emotionally deficient of the friends, as the primary lens can be frustrating because his narrative hurries through the most fraught moments in the story. As a reader I understand that he wants to flee, yet I can’t help wanting to stay. Still, there’s so much generosity and spirit and humor shared by whatever characters are on the page at any given time that I was always happy to accompany them.
Read Full Review >>
Rave Lily Meyer,
NPR
Unusually for a literary novelist, Kauffman has no fear of overt feeling. When she explores an emotion, she does it with absolute candor ... the brilliance of The Gunners is that it helps you. Kauffman teaches you the right way to read her prose ... The Gunners is a wide-open novel. It's a statement against stoicism and evasion ... Another thing literary novelists don't often let themselves do is write novels with morals, or messages, but The Gunners has one. It's clear, though not easy: Accept your emotions. Feel them bluntly, plainly. Allow yourself to flinch. There isn't a better way forward. Not in life, and not, I suspect, on the page.
Read Full Review >>
Positive Annie Bostrom,
Booklist
A little bit like The Big Chill, Kauffman’s quiet and deep second novel reconciles the responsibilities we carry and the secrets we keep with the outsize pleasure of being known and loved by a chosen family.
Read Full Review >>
See All Reviews >>
SIMILAR BOOKS
Fiction

Kaleidoscope
Cecily Wong
Rave
What did you think of The Gunners?
© LitHub | Privacy