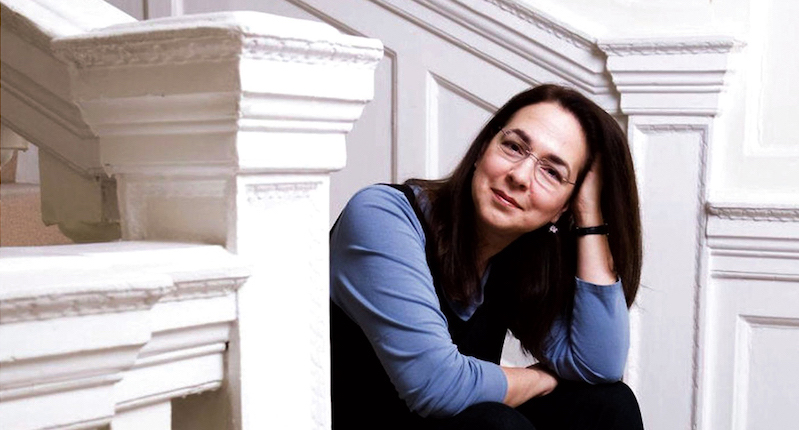 Awards season continues. Weike Wang wins the $25,000 PEN/Hemingway award for best first fiction for her novel Chemistry. Jacqueline Woodson wins the Astrid Lindgren Memorial Award, approximately $608,514. The judges’ praise: “In language as light as air, she tells stories of resounding richness and depth. Jacqueline Woodson captures a unique poetic note in a daily reality divided between sorrow and hope.” In Cleveland Thursday, Marlon James announces winners of the Anisfield Wolf awards: Shane McCrae‘s In the Language of My Captor (Poetry), Jesmyn Ward’s Sing, Unburied, Sing (Fiction), Kevin Young‘s Bunk (Nonfiction) and N. Scott Momaday for lifetime achievement. The shortlist for the International Dylan Thomas Prize for best literary work in English by an  author 39 and under includes Kayo Chingonyi’s Kumakanda, Carmen Maria Machado‘s Her Body and Other Parties, Gwendoline Riley‘s First Love, Sally Rooney’s Conversations with Friends, Emily Ruskovich’s Idaho, and Gabriel Tallent‘s My Absolute Darling. Joy Harjo selects Emily Skaja for the Walt Whitman Award for emerging poets. Her manuscript, Brute, will be published by Graywolf Press in April 2019. Harjo writes: “Brute, though a collection of singular poems, is essentially one long elegiac howl for the end of a relationship. It never lets up—this living—even when the world as we knew it is crushed. So what do we do with the brokenness? We document it, as Emily Skaja has done in Brute. We sing of the brokenness as we emerge from it. We sing the holy objects, the white moths that fly from our mouths, and we stand with the new, wet earth that has been created with our terrible songs.”

Wolitzer’s tenth novel takes the pulse of today’s intergenerational feminists in ways both humane and witty.

“The fun starts as early as the dedication page,” writes Marion Winik (Newsday), “which lists eight female literary role models and mentors, among them Rosellen Brown, Nora Ephron, Mary Gordon and the author’s mother, Hilma Wolitzer, who raised her in Syosset in the 1960s and ’70s. You don’t call out your teachers by name unless you plan to do them proud. This dedication goes right to the theme of the book—mentorship and influence among women.”

The Female Persuasion “feels almost prescient in its exploration of gender politics, corporate corruption and, ultimately, how much is enough when it comes to personal sacrifice,” writes Katherine Heiny (Washington Post). “Along the way, it also takes an unflinching look at the intricate nature of family, the elaborate give-and-take of friendship and the perils of hero worship. If something positive can come from our current political climate—what Wolitzer calls ‘the big terribleness’—it is almost certainly this ambitious new novel.”

It’s “nearly impossible to reach the end of the book without feeling optimistic,” writes Maris Kreizman (Los Angeles Times). “No, Greer does not lead an intersectional revolution that challenges systematic misogyny in America for good. But she does join a line of women who help others find their voices, replacing each other over and over again, just as [Nora] Ephron inspired Wolitzer to constantly move forward, even in a world that pushes back violently. So here’s hoping that quotes from The Female Persuasion will be found on Tumblr blogs and needlepoints everywhere, inspiring a future generation to use them to create something new.”

The conversation I’d been hearing around the book before I even received my galley was about its resonance within our current political climate, one that is so focused on issues of women’s consent, control and intersectionality. It’s all there to parse, and parsed it will be. But when all is said and done, Wolitzer is an infinitely capable creator of human identities that are as real as the type on this page, and her love of her characters shines more brightly than any agenda. People—loving them, knowing them, letting them shatter and rebuild us again—are Wolitzer’s politics, and that’s something to vote for.

Lorrie Moore, See What Can Be Done

Beginning with a phone call from the legendary Robert Silvers, a founder of the New York Review of Books, award-winning fiction writer Moore has been writing singular essays, now gathered in an essential book.

Dwight Garner (New York Times) writes, “See What Can Be Done is a volume of book reviews, personal essays and political pieces, with a late pivot toward ruminations on TV series like ‘True Detective’ and ‘Friday Night Lights’—new money, in other words, for old rope, some of it collected from publications other than The Review. The book flooded my veins with pleasure.”

“The beloved Lorrie Moore is not just one of the greatest fiction writers of the last century, but also an incredibly prolific, exceedingly well-versed essay writer, too,” writes Chelsea Adelaine Hassler (PopSugar).

“As Moore reviews books, TV, politics and her own life, she slams into her subjects, lands on her stories,” writes Erin Lewenauer (Minneapolis Star-Tribune). “She cuts into the souls of other artists and makes noise. She fearlessly tells the truth about hard things.”

In his third novel, Canadian-born Rachman creates a father-son relationship that seems impossible, with the oversized ego of the artist father and the son that may never measure up.

Rachman “has a deft way of describing atrocious behavior without damning his characters, without suggestions that they’re entirely circumscribed by their worst acts,” notes Ron Charles (Washington Post). “His comedy is tempered by a kind of a gentleness that’s a salve in these mean times. A less generous son—or a less generous author—would have grown to resent this manic-depressive mother and this narcissistic father. But Rachman is so good at placing us inside the young man’s naive affections that we’re tempted to believe, again and again, that this time Bear will not pass him over, stand him up or crush his hopes with such friendly obliviousness.”

Victoria Ahearn (Times Colonist) writes, “The story raises some big questions about the art world, including: what sacrifices women have to make in order to succeed in it, to what degree should one become a slave to the craft, and what does it take to become a great artist who stands the test of time?”

Lynn Neary (NPR) concludes: “Readers may flinch at times as Pinch tries and fails — again and again — at the game of life. But in the end, it’s hard not to smile as his clever winning gambit is revealed.” 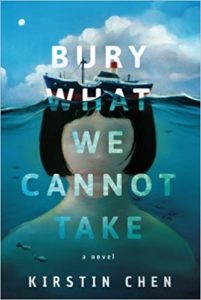 Chen’s second novel follows a family fleeing to Hong Kong from Drum Wave Islet during the early years of the Maoist regime, and forced to leave their youngest child, daughter San San, behind.

“The book’s most memorable character is San San, described by her mother as ‘intelligent and mature for her age,’” notes Fan Wu (San Francisco Chronicle). “After her mother, brother and grandma flee to Hong Kong, she must write a self-criticism essay, which she reads aloud to her class, denouncing herself as ‘the child of capitalist, bourgeois landlords,’ and her family as ‘the running dogs of the Americans and the British.’”

Ingrid Rojas Contreras (KQED/The Spine) calls Chen’s novel “a page-turning drama of a divided family struggling to be free, both from capture and from their conscience.”

Lauren Hubbard (Harper’s Bazaar) concludes, “Complex and rich, Chen’s story serves as a fascinating window into a unique period of history and the plight of one displaced family.” 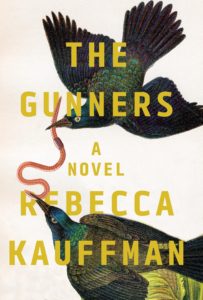 Like her first novel, Another Place You’ve Never Been, Kauffman’s second is set in snowy Lackawanna, near Buffalo, as a group of friends gather ten years after high school graduation for the funeral of a classmate who committed suicide. The book is a B&N Discover Pick for 2018.

“The Gunners is a wide-open novel,” writes Lily Meyer (NPR). “It’s a statement against stoicism and evasion. By the end of the novel, Alice has persuaded Mikey, who’s never been cared for in his life, to let her take care of him. She’s pushed him into a happier adulthood than he was able to claim for himself.”

“Reminiscent of The Big Chill and St. Elmo’s Fire, this remarkable novel is just as satisfying and provides readers with an entire cast of characters who will feel like old friends upon finishing,” concludes the Publishers’ Weekly starred review.

Sarah Stiefvater (PureWow) writes, “With hints of Meg Wolitzer’s 2014 The Interestings (minus the summer camp) and the 1983 movie The Big Chill (minus the soundtrack), Kauffman’s second novel is a realistic meditation on the lasting power of friendship. Except she’s way too clever to ever use a phrase as trite as ‘the lasting power of friendship.’”