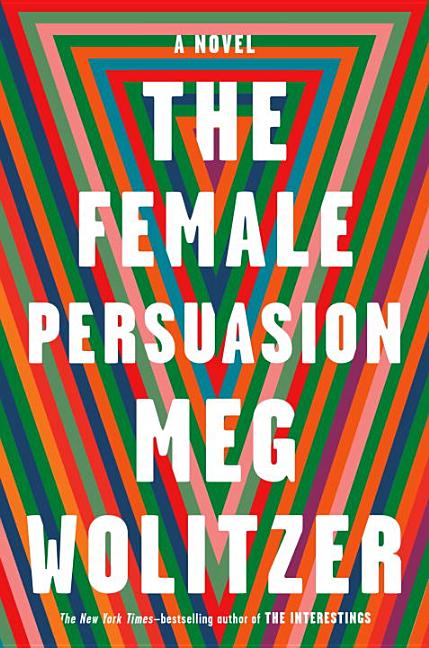 A coming-of-age story about what it means to be an empowered modern woman, focusing on a shy college student's relationship with a feminist icon.

What The Reviewers Say
Rave Maris Kriezman,
The Los Angeles Times
The divides between older and younger generations of radicals have always been wide, but Wolitzer's prescience about the coming rift between gender activists in the age of #MeToo feels particularly wise ... For all that the novel obsesses about how women can undermine and betray each other, there's seemingly a blind spot around the question of men. That said, it's nearly impossible to reach the end of the book without feeling optimistic ... here's hoping that quotes from The Female Persuasion will be found on Tumblr blogs and needlepoints everywhere, inspiring a future generation to use them to create something new.
Read Full Review >>
Mixed Alexandra Schwartz,
The New Yorker
Refreshing though it is to encounter a literary model of genuine female mentorship and encouragement, her tale of a millennial woman’s feminist awakening comes to seem blinkered and strangely incurious ... The risk for a novel that tries to capture the Zeitgeist is that the Zeitgeist is liable to shift at any moment. Indeed, the timeliness of Wolitzer’s subject, initially such a boon to the novel, ultimately deals it a major blow. The events of the past few months, and the fierce discussions about feminism that they have engendered, have proved to be far more electrifying and complex than anything that Wolitzer depicts here. Surpassed by the present that it aims to depict, the novel feels amiable and mild by comparison, already quaintly out of date.
Read Full Review >>
Positive Heller McAlpin,
The Barnes & Noble Review
...there’s more to Wolitzer’s fiction than timeliness. Much like her last book, The Interestings, her latest is an absorbing read that follows a handful of uncommonly sympathetic characters as they charge and muddle through decades of their lives, exploring their changing relationships with each other and their evolving attitudes towards what constitutes a successful, fulfilling life ... The Female Persuasion is a big book with room for multiple dualities in its pages: disillusionment along with inspiration, compromises along with dreams, vulnerability along with strength, betrayal along with loyalty, and heartache as well as joy. It is an earnest, heartening reminder of the importance of learning to navigate all these states and never give up — even when the situation seems particularly bleak and demoralizing.
Read Full Review >>
See All Reviews >>
SIMILAR BOOKS
Fiction

Pure Colour
Sheila Heti
Positive
What did you think of The Female Persuasion?
© LitHub | Privacy