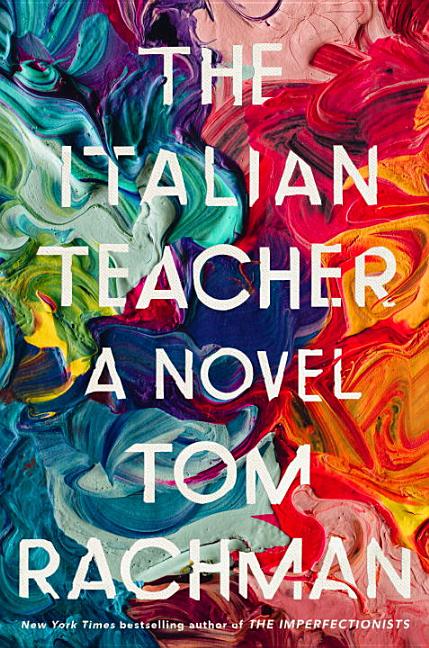 From the author of The Imperfectionists, a warmly satirical novel about a man living in the shadow of, and trying to prove himself to, his famous painter father.

What The Reviewers Say
Rave Ron Charles,
The Washington Post
He has a deft way of describing atrocious behavior without damning his characters, without suggestions that they’re entirely circumscribed by their worst acts. His comedy is tempered by a kind of a gentleness that’s a salve in these mean times ... At several points, in fact, I was reminded of Peter Carey’s brilliant little novel Theft (2006), about a complicated trio of art forgers. But Rachman brings his own, warmer touch to the crime, transforming it into a surprising act of defiance that’s both deliciously ironic and deeply affectionate.
Read Full Review >>
Rave William Skidelsky,
Financial Times
Rachman’s new novel may well be his most impressive yet ... Rachman vividly evokes the dismalness of Pinch’s life in Bear’s absence, and how this leads him to further valorise his father ... In the end, this deceptively subtle novel offers a surprisingly upbeat message: that even a life marked by outward failure can contain many hidden kinds of success.
Read Full Review >>
Positive Heller McAlpin,
The Barnes & Noble Review
The Italian Teacher is about more than art and commerce. At its core beats one of literature’s perennial themes: the paternal ties that bind, sometimes to the point of choking ... The Italian Teacher trots along at an engrossing clip, occasionally devolving into the ridiculous ... A more bothersome misstep is Rachman’s habit of baldly spelling out his characters’ thoughts in italics, not trusting us to glean them if stated less directly. Fortunately, he handles questions about art, craft, authenticity, identity, aesthetics, meaning, and value judgments with more subtlety ... Should exceptionally gifted people 'get to live by different rules?' Rachman’s response is exceptionally clever.
Read Full Review >>
See All Reviews >>
SIMILAR BOOKS
Coming Soon

What Could Be Saved
Liese O'Halloran Schwarz
Positive
What did you think of The Italian Teacher?
© LitHub | Privacy