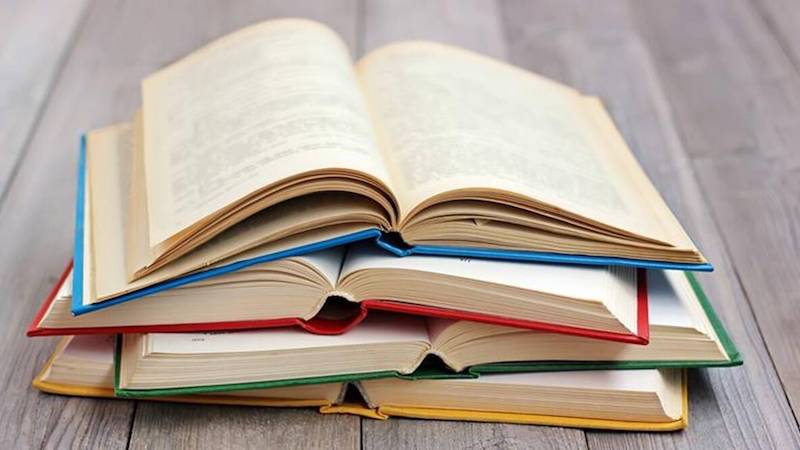 “It’s a pulpy, expansive crime novel that feels of a piece with Mann’s filmography, from its hypercompetent, ambitious characters to the richly detailed underworlds they operate in … At times, Mann and Gardiner use the prequel portion of the book to directly explain the origins of iconic moments from the film, but even those instances tend to feel motivated by the story rather than like cheap ploys to get readers to do the Leo pointing meme … part of the fun of Heat 2 lies in watching its authors pull ideas and tiny details from across Mann’s entire filmography … Heat 2, though, paints complete enough portraits of its characters to allow you to imagine them separately from the stars who played them, making a film adaptation with new actors easier to imagine.”

2. The Women Could Fly by Megan Giddings
(Amistad)

“.. a soft boil of violences against women’s bodies, sure—but mostly a simmering of the mind. It is unrushed in building and deconstructing complex themes, revolving mainly around what it can mean to be a woman in patriarchal societies on the hunt for ‘devils’ that could be you … Giddings has an incredible handle on the American family, on religious nationalism and how it impacts everyone. She writes with wisdom, grace and a skilled hand; her work is seamless on the page, especially on matters involving identity and all manners of diversity, which in lesser hands could feel didactic … That’s also due in part to the depth of her characters; they are not archetypes but real people in unreal circumstances … The arcs Giddings draws over Josie’s core relationships—with Preston, with Angie, with her parents—shimmer with intelligence and humanity, and they determine her fate … If this all feels like raw material for a binge-worthy television show, it is not because this novel needs adapting but because it feels flexible, transcending familiar forms. And yet it succeeds exquisitely as what it is. Like a woman without a partner, Giddings’ second novel is already complete.”

“The speculative conceit reigns in contemporary publishing, where few novels live up to their promise of revelatory social commentary. But a particularly good one can still tempt even the most cynical of readers … If occasionally heavy-handed…Yagi has a light touch for the endless ironies made possible by her premise. There is humor … As the lie starts to become surreal, palpable abdominal kicking and an apparently legitimate sonogram briefly make the reader think that maybe our narrator has actually been tricking us, or herself, all along. The novel’s conclusion is thankfully less pat: In the end we’re left with nothing but the void, ‘just big enough for one person.'”

“I’ve never read one more entertaining (and more revealing) than Mary Rodgers’s Shy. Her voice careens between intimate, sardonic, confessional, comic. The book is pure pleasure—except when it’s jaw-droppingly shocking … two of the most vividly (if scarily) rendered parents I’ve ever encountered … ‘Daddy’ is the first word in the book, and it provokes the first of Green’s many illuminating footnotes, which enrich the pages of Shy like butter on a steak … Dick and Dorothy are at least implicitly present throughout Shy,and Mary’s takes on them are alternately horrific and hilarious … But it’s the showbiz world they all lived in that lifts the book into the pantheon of Broadway narratives … Chronology is imperfect when a life like Mary’s is rendered by a mind like Mary’s; one of the book’s alternative titles, Green tells us, was ‘Where Was I?’ She jumps back and forth between her many decades, digression dangling from an anecdote, in turn hanging from an aside. Sometimes, you’re left in slightly irritating (if amusing) suspense…Would I have preferred a more straightforward narration? Not a chance, for it could have deadened her invigorating candor.”

“… goes beyond the myth and into the guts of Thorpe’s life, using extensive research, historical nuance and bittersweet honesty to tell the story of a gifted and complicated man … Maraniss’ account of the giddy atmosphere of the Swedish Olympics, where European royalty bestowed wreaths of flowers and silver trophies on winners who caroused all night in celebration, is a time trip back to a simpler era … The rest of Thorpe’s life was a constant hustle for money and jobs. One of Maraniss’ challenges is to keep up narrative momentum through this period. For the most part he succeeds, though Thorpe’s pattern—to start strong, then flame out, then walk away—feels unbearably sad, the waste of so much potential and experience. But Maraniss refuses to paint him as either a failure or a martyr … Maraniss’ biography does justice to the struggles and triumphs of a truly great man.”

“Braude leans heavily on both Kiki’s and Man Ray’s memoirs; his writing is occasionally slack, and his deployment of art history can be perfunctory…But that matters little when you’re under Kiki’s spell, and he has written a biography worthy of her, alive with anecdote and incident…You just become so glad to know her—at least, I did, after having thought of her, stupidly, as an adjunct to other artists…She was a marvel, and her triumph feels so far-fetched, the space that she opened for herself as a poor woman in a rich city: ‘How in this violent, money-mad world that makes no space for its Kikis,’ as Braude says, in a lovely passage, ‘its Kikis have always found some way to make themselves feel at home.'”