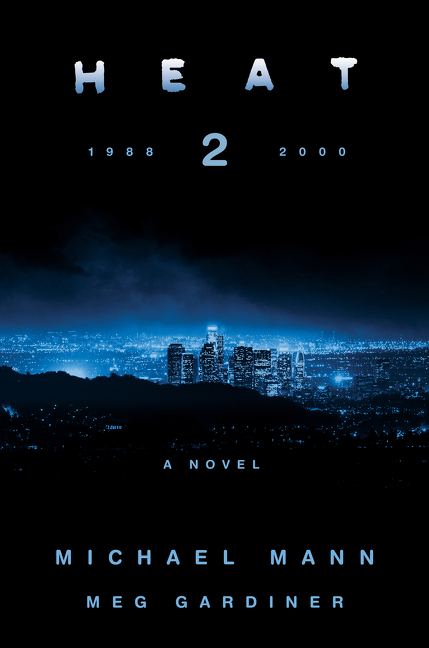 Michael Mann, the four-time Oscar-nominated filmmaker and writer-director of Heat, Collateral, Manhunter, and Miami Vice, teams up with Edgar Award-winning author Meg Gardiner to deliver Mann's first crime novel: an explosive return to the world and characters of his classic film.

What The Reviewers Say
Rave Chris Stanton,
Vulture
It’s a pulpy, expansive crime novel that feels of a piece with Mann’s filmography, from its hypercompetent, ambitious characters to the richly detailed underworlds they operate in ... At times, Mann and Gardiner use the prequel portion of the book to directly explain the origins of iconic moments from the film, but even those instances tend to feel motivated by the story rather than like cheap ploys to get readers to do the Leo pointing meme ... part of the fun of Heat 2 lies in watching its authors pull ideas and tiny details from across Mann’s entire filmography ... Heat 2, though, paints complete enough portraits of its characters to allow you to imagine them separately from the stars who played them, making a film adaptation with new actors easier to imagine.
Read Full Review >>
Mixed James Wolcott,
Air Mail
As in the original Heat, Heat 2 tees up intricately choreographed set pieces—a foiled home invasion (where would Mann’s oeuvre be without home invasions?), a daring raid on a cartel money house, a climactic shoot-out on the L.A. freeway—that play in the mind’s eye and pump the accelerator with mounting, marauding excitement, marvels of controlled chaos. The novel is nothing if not action-packed, a drive-in feature sandwiched between hard covers. Unfortunately, it is sometimes nothing but action-packed, a perpetual-motion collision machine manufacturing tension and suspense but offering no incidental moments of beauty, no lyric flourishes, just fine-tooled functionality ... To compensate for the absence of mise-en-scène, Mann and Gardiner furnish tony weather updates, spiritual taglines, moisturized odes to female perfection, and similar prose ornaments that just sort of hang there ... What I miss amid all the orchestrated mayhem is the mind-play and gamesmanship of true rivals.
Read Full Review >>
Rave Chris Klimek,
Washington Post
This hopscotching in time enriches the characters but costs the book in pacing and tension, traditionally Mann strengths. Mann’s 170-minute film races toward its inevitable-but-satisfying climax like a bullet. Mann and Gardiner’s 470-page novel ambles along in fits and starts, intermittently picking up narrative steam only to let it dissipate. It’s frustrating ... What’s more damaging is the arbitrary character-as-device that Mann and Gardiner use to bridge the 1988 and 2000 segments—a sociopathic home invader and sex offender named Otis Wardell, who crosses swords with both McCauley and Vincent Hanna...Wardell is a frightening, if indistinct character, but his role hinges wholly on coincidence spanning a dozen years and half a continent ... That Heat is plotted as tightly as a Swiss watch makes the shapelessness of this follow-up all the harder to forgive. And the writing, alternately terse and florid, isn’t elegant enough to disguise the sloppy storytelling. Mann’s cinema may be poetry, but his prose is … well, prosaic.
Read Full Review >>
See All Reviews >>
SIMILAR BOOKS
Fiction

Silverview
John Le Carré
Positive
What did you think of Heat 2?
© LitHub | Privacy