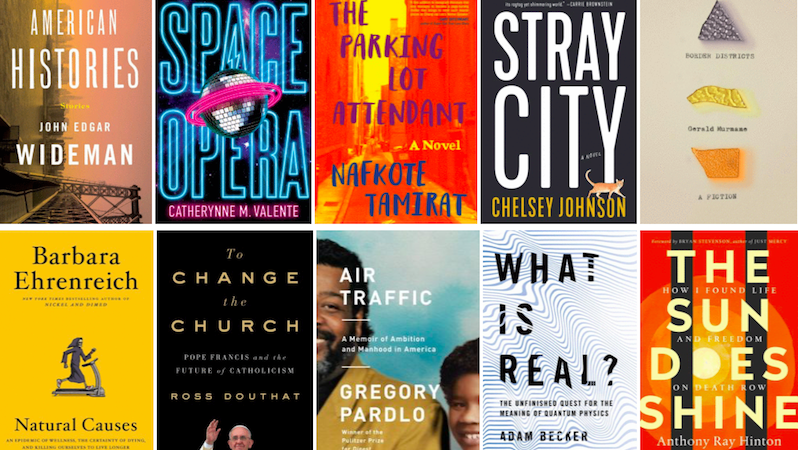 “With the scrupulous intelligence and meditative intensity that define all this author’s work, the stories move from subjects like the Civil War and Nat Turner’s rebellion to Mr. Wideman’s family’s tribulations, the two threads twining so intricately that they’re impossible to separate … Mr. Wideman’s explicit subject is racial injustice but his treatment of it quietly deepens into existential horror … This, then, is not a book for the unwary. Mr. Wideman possesses a true and terrible vision of the tragic.”

“Tamirat has created fascinating and tragic characters … It’s often funny, with barbed, machine-gun dialogue worthy of Aaron Sorkin, but there’s a twist at the end. It happens so suddenly that you’ll miss it if you skip a few lines, but it plunges the tale into darkness. Everything has failed for the narrator: the love of her parents, their hopes for life in America, her friendship with Ayale, Ayale’s own screwy dreams and the island’s utopian vision. Everything has failed, that is, but the narrator. Because she’s the one who’s lived to tell the tale.”

“There are really no words to describe Space Opera, Catherynne Valente’s new novel. Know why? Because she used them all in writing it. I can say that it is square-ish. Made of wood pulp. Composed mostly of sentences. I can say that it’s a wicked-fast read (if you can handle the whiplash and the pure, 12-gauge crazy-pants nonsense of it all) and enjoyable at speeds unsafe for upright mammals … In between it’s all big ideas written in glitter. It’s surprising tenderness on a galactic scale. It’s about loneliness and nerdliness and acceptance and making fun of the old, frowsy powers that be. Valente offers up a universe in which the only thing of true value is rhythm. Not guns, not bombs, not money, not power, but sex and love and pop songs.”

“The novel is a vibrant portrait of the city, so tactile you almost shiver in the fog and vibrate to the Riot Grrrl beats … Johnson’s vivid portrait of ’90s Portland is a warm welcome to any reader who wants to escape to a world where being gay is the norm … Stray City adds to the conversation both by offering a very human story that goes beyond the coming out tale and in exploring the many ways people set restrictions around their sexuality.”

“Slender, tricksy, and absorbing, this new book announces itself ‘A Fiction’ on the cover but, inside, protests the label at every opportunity … Long, liquid sentences seem apt to induce a trance even as they keep drawing the reader’s attention back to the only immediate reality, which is that we are reading Murnane’s words. His account of distraction, the mind’s constant wanderings while reading and writing, creates a mise en abyme in which we read and think about him ruminating on his reading and thinking about reading and thinking until the book rather gloriously threatens to swallow itself whole.”

“Ehrenreich, who holds a PhD in cellular immunology, offers a healthy dose of reformist philosophy combined with her trademark investigative journalism. In assessing our quest for a longer, healthier life, Ehrenreich provides a contemplative vision of an active, engaged health care that goes far beyond the physical restraints of the body and into the realm of metaphysical possibilities.”

2.To Change the Church by Ross Douthat

“It is high-minded cultural criticism, concise, rhetorically agile, lit up by Douthat’s love for the Roman Catholic Church. In some respects it goes to the root of the discontent that drives all three books; in others it is a simple sour mash, applying to Pope Francis insinuative caricatures like the ones he applied to Gabby … Douthat’s own position is traditionalist-cum-literalist: Any relaxing of the Catholic teaching on marriage — one man, one woman, one time — means that core teachings can be changed; if core teachings can be changed, the Catholic Church is no longer the Catholic Church; and if the church is not the church, all hope is lost. From this fixed position, he slyly derides other positions, especially the liberal outlook.” 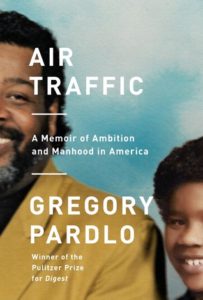 “Such is Pardlo Jr.’s style—the syntax and thought process sinuous, elegant, the mood one of blunt disclosure … The book’s prose is often exhilarating … One of the difficult things about this fascinating book is that the father, so flawed and infuriating, has so many great lines. Another is the feeling of absence in the prose itself, which never lacks in perception but often feels lacking in intimacy with the characters, including the character of Gregory Pardlo, Jr., once he is no longer a child. But then the difficulties of intimacy—of spacing, to put it in air traffic controller terms—are the book’s subject.”

4. What is Real? by Adam Becker

“In addressing these questions Becker takes a historical approach, leading us through responses starting with that of Bohr, the de facto leader of a group of early quantum theorists including Heisenberg (discoverer of the uncertainty principle), Max Born and Pascual Jordan, who collectively formulated the influential ‘Copenhagen interpretation’ — though, strictly speaking, there isn’t a single unified view … Becker’s intent is not to sway us to any one of the newer interpretations; rather he hopes to convince us that the Copenhagen interpretation has had too great an influence on physics for historically contingent reasons, including Bohr’s outsize charisma.”

5. The Sun Does Shine by Anthony Ray Hinton

“Hinton’s account of the way he existed through what he called his ‘legal lynching’ is a story of forgiveness and struggle – and a story of friendship and imagination … His wonderful memoir recreates the ways he escaped from his cell in his head – had tea with the Queen of England, married Halle Berry – and how he shared that possibility with his fellow death row inmates. He persuaded the guards to let them start a book group (inevitably, among the first up was To Kill a Mockingbird); he mentored prisoners about the need to replace anger and despair with hope and self-respect. On the day Stevenson came, though, he sank to his knees and said a heartfelt prayer: ‘I trust things happen in your time, Lord, so I’m not going to ask why you didn’t send Bryan earlier… [but] take care of him because he is doing your work…'”