The Parking Lot Attendant: A Novel 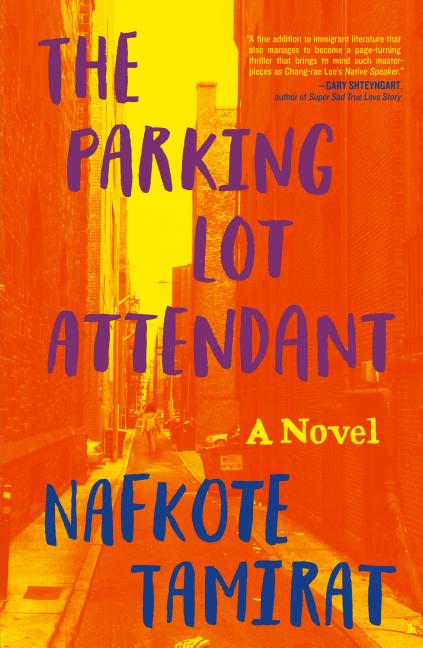 A coming-of-age story about a girl in Boston's tightly-knit Ethiopian community who falls under the spell of a charismatic hustler out to change the world.

What The Reviewers Say
Positive Emily St. John Mandel,
The New York Times Book Review
Tamirat has an excellent eye for the minor detail that becomes important in retrospect ... Tamirat is equally gifted at a strain of absurdism that’s delightfully reminiscent of both Kafka and Jonathan Lethem ... Tamirat is an extremely talented writer. Her prose is sharp, incisive and often very funny. There are dazzling passages. But as a novel, The Parking Lot Attendant suffers from an oddly under-edited quality. There are distracting incongruities throughout, sentences that work perfectly well on their own but serve to undermine aspects of character development or plot, and thus the overall cohesion of the novel ... Given the author’s obvious talent and the frequent brilliance of her prose, it’s frustrating to contemplate how much sharper this novel might have been with another round or two of editing. A compensation for readers is that Tamirat is at the beginning of her career, and there’s every reason to expect a truly dazzling body of work.
Read Full Review >>
Rave Arlene McKanic,
BookPage
Tamirat has created fascinating and tragic characters ... It’s often funny, with barbed, machine-gun dialogue worthy of Aaron Sorkin, but there’s a twist at the end. It happens so suddenly that you’ll miss it if you skip a few lines, but it plunges the tale into darkness. Everything has failed for the narrator: the love of her parents, their hopes for life in America, her friendship with Ayale, Ayale’s own screwy dreams and the island’s utopian vision. Everything has failed, that is, but the narrator. Because she’s the one who’s lived to tell the tale.
Read Full Review >>
Rave Sam Sacks,
Wall Street Journal
Learned, charismatic, secretive and magnetic, he begins to mentor the impressionable narrator, and before long he’s paying her to deliver mysterious packages throughout the city ... It’s a jarring and curiously incomplete U-turn into political intrigue, and one feels that a more confident novel would have cut out the thriller formulations. Ms. Tamirat has reason to be confident. When her novel is good, it’s very good indeed.
Read Full Review >>
See All Reviews >>
SIMILAR BOOKS
Fiction

Better Luck Next Time
Julia Claiborne Johnson
Rave
What did you think of The Parking Lot Attendant: A Novel?
© LitHub | Privacy