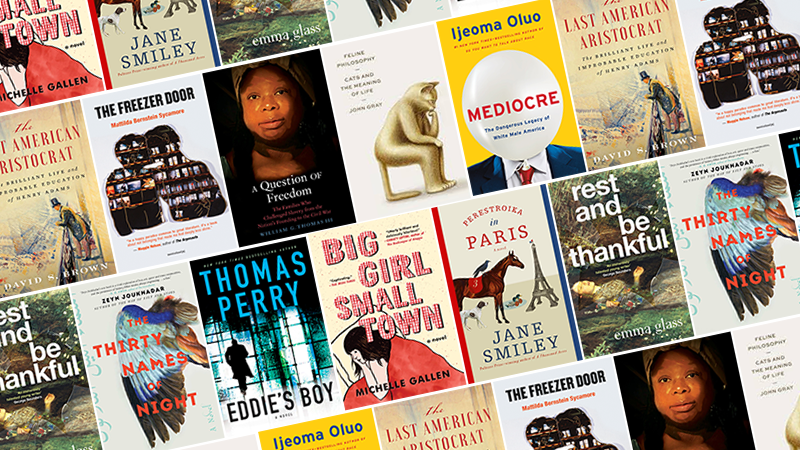 “… offers a young female perspective on a life overshadowed by violence, laced with black humour amid the ruins … Milkman, from which Big Girl, Small Town’s epigraph is taken, was extremely funny, something many critics failed to convey in all those column inches bemoaning its apparent difficulty, and so is this novel. Written far more conventionally but similarly immersive, it has been set up to have broad commercial appeal … It’s hard to write a funny novel, and as a reader even harder to find one, so to say that this book made me laugh out loud several times is no small thing … Pain and trauma lie beneath the jokes … I felt as though I knew Majella intimately by the end. We are told in the blurb that she is autistic, but the only hints in the text are a certain matter of factness and her occasional habit of rocking and flicking her fingers to calm herself down. Majella simply is a young woman with a sex drive and a sense of humour, so much more than a caricature of her disability, and this feels revolutionary. Big Girl, Small Town is a darkly hilarious novel about small-town life, which manages to be wildly entertaining despite being mostly set in a chip shop—a fine place in which to loiter with such a filthy, funny, clever companion.”

Read an excerpt from Perestroika in Paris here

“It’s such a joy when an author whose work you’ve been reading for decades surprises you with something unexpected … this delightful, heartwarming tale about creatures living in the rough in Paris’s Champs de Mars is something new for Smiley, and it’s an appealing balm for harsh times … Smiley nimbly channels her various critters’ world views as they discuss pithy subjects like ownership and freedom … an especially welcome reminder of the bright spots even in dark times.” 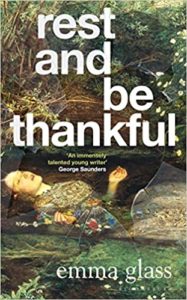 3. Rest and Be Thankful by Emma Glass
(Bloomsbury Circus)

Read an excerpt from Rest and Be Thankful here

“… [a] haunting dynamo novel … Laura’s mind overflows with the language of her creator, Emma Glass, which means she floats along on a sea of high-wire alliteration, jazzy rhythms and tactile description. Laura may be inundated by gloom, but her gloom really zings … expertly mixes long, loping sentences with short declarations and fragments … [Laura] has vivid dreams of drowning that make the pages feel waterlogged. She observes everything in the minutest detail, especially as it concerns her body. Laura sweats and you feel you’re doing the same, becoming acutely aware of every drop. Her skin itches and you start scratching … a pungent piece of writing, tactile and sensory to the extreme … This is a feverish read, short and immersive, rich with dense imagery and symbolism … What it doesn’t really have is a narrative, at least not one that you can latch onto with any assurance that it will take you somewhere. You can still get lost in these pages, but it’s Laura’s interior life, not her story, that pulls you in.” 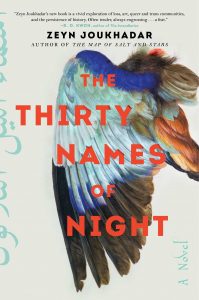 4. The Thirty Names of Night by Zeyn Joukhadar
(Atria Books)

“Nadir and Laila Z’s stories are told in the second person, lending an extra intimacy to Joukhadar’s stunning prose, which is already vivid, visceral, and urgent … Nadir’s journey probes into both the fleeting nature and permanent influence of art, while also exploring the human body as limitation—because Nadir is misgendered in the first part of the novel, yes, but also because he often longs to escape into something completely other, such as a flower or a bird. Ultimately, both Nadir and Laila Z learn how to make space for themselves in a world that tries to reject them, and that space allows their worlds to open up to even further possibilities. This clarifying and moving tale has far-reaching significance and appeal.”

“One of Perry’s unique talents is his ability to tell what is essentially the same story over and over again, while continually finding ways to make it fresh and absorbing … Perry is not a particularly colorful or flamboyant stylist. His prose is lean, clean and typically understated. Its precise, level tone and attention to detail lend his narratives a force and immediacy that compel our attention. If he has ever written a bad, dull or disappointing book, I haven’t seen it. This dark but illuminating return to his fictional roots is Perry at his representative best. It rarely gets better than that.”

“…searing … continues the work of Oluo’s 2018 bestseller So You Want to Talk About Race? She reveals the levers and pulleys of systemic racism in America…The difference between the two works is of showing and telling. The first book told, literally: It guides people through navigating thorny conversations about race. Mediocre shows … If you’re thinking you’ve heard this before—see slavery to mass incarceration—think again. The author excavates episodes even the most dutiful student of history may have missed … a fast, engaging read, and Oluo is a warm, evenhanded narrator … She occasionally lists atrocities in generalities … This rhetorical choice does not resonate as profoundly as the precise historical examples she cites, along with her personal experiences … This book is anything but mediocre, and it is the perfect holiday gift for any mediocre white man on your shopping list. Or just about anyone.”

Read an excerpt from The Last American Aristocrat here

“… [a] thoroughly researched and gracefully written biography … Its prose is carefully tooled and provides him with epigram after epigram. For Adams’s early years, it is irreplaceable. Mr. Brown’s challenge is to keep Adams’s self-chronicling from taking over the show. With rare exceptions, he does so most ably. And even when Adams runs on, his gift for words makes the lapse forgivable. In fact, sometimes Mr. Brown could allow Adams more running room. He summarizes many of Adams’s articles on politics and other subjects, and for the most part the summaries are judicious and laudably brief. But now and then the reader wants more … [Adams’s memoir] still bears reading. Modern readers will miss a reference or two, although Mr. Brown’s book can help as a guide.” 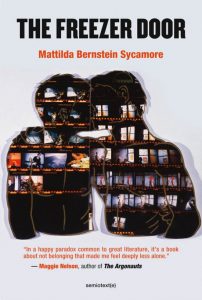 “.. language, when wielded in expert hands, can thrive in mystery, outside of linearity … There is much to love here. The pacing of the work, with its often fragmentary form, allows readers to sit with poignant moments for a beat, unpacking a sentence only to return later to unpack it again. Other sections slide past more quickly, thoughts rubbing up against one another in wild streams of consciousness. The larger, denser segments allow uninterrupted access to Sycamore’s thoughts as she navigates the complex (and occasionally conflicting) intimacies that construct her life: connections to illness, to art, to gender, to friends and lovers … Sycamore moves fluidly through timelines … A rich tapestry of images, tethered by rigorous self-examinations … There are no questions answered in this book. Instead, questions create further questions, further attempts at rediscovery and at blurring boundaries. Hers is a welcome blurring and, in a culture of relentless demarcation, a necessary one.”

4. A Question of Freedom: The Families Who Challenged Slavery from the Nation’s Founding to the Civil War by William G. Thomas III
(Yale University Press)

“The historian William G. Thomas III explains in A Question of Freedom the Dred Scott decision ‘denied Black citizenship and gave slaveholders blanket authorization to take slaves into any state or territory in the United States.’ It rejected the very idea that Scott was a legal person under the Constitution with standing to sue in the first place … It’s a rich, roiling history that Thomas recounts with eloquence and skill, giving as much attention as he can to the specifics of each case while keeping an eye trained on the bigger context. The very existence of freedom suits assumed that slavery could only be circumscribed and local; what Thomas shows in his illuminating book is how this view was eventually turned upside down in decisions like Dred Scott. ‘Freedom was local,’ Thomas writes. ‘Slavery was national.’ … Throughout A Question of Freedom, Thomas is candid about his personal connection to this history. The last Queens enslaved in Maryland were held by the Ducketts, a branch of his family.”

5. Feline Philosophy: Cats and the Meaning of Life by John Gray
(Farrar, Straus and Giroux)

“Predictably, this new account of what cats can teach us about how to live corresponds closely with what the philosopher John Gray has been teaching us about how to live for the past few decades. Although his previous works contain occasional hints about what he considers to be the good life, this is his most direct pounce at the subject. If, like me, you consider him to be one of the most important thinkers alive, you will be eager to know what he has to say (although you can probably guess at the book’s thrust) … The book is full of anecdotes about various loveable and impressive cats, but they are most compelling to the reader (well, this reader) as symbols of a life lived without illusions. And you know Gray: whenever he sees someone clinging to an illusion he goes and stamps on their fingers … In our pious age his attack on the cheap solace of moral convictions is invigorating … It’s a mark of the book’s subtlety that you’re not quite sure how seriously to take him.”