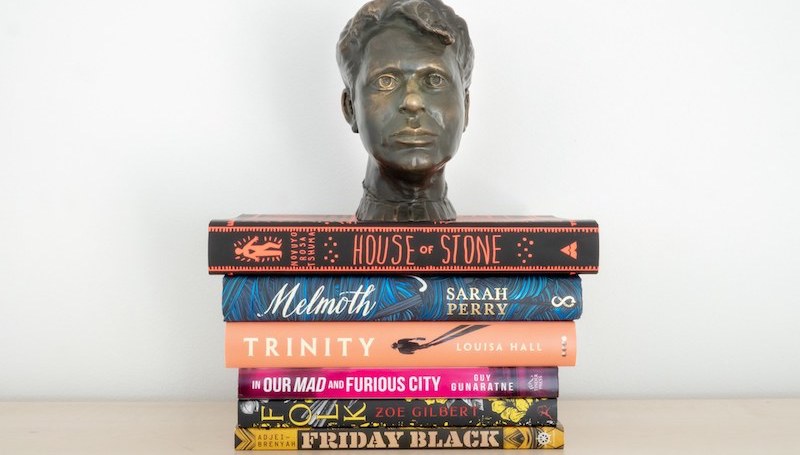 The Dylan Thomas Prize celebrates its most diverse shortlist to date

Launched in 2006, the prize (named after the Swansea-born poet and “quintessential adolescent writer”) is one of the most prestigious awards for young writers, aimed at encouraging raw creative talent worldwide. It celebrates and nurtures international literary excellence.

The £30,000 Prize is awarded to the best published literary work in the English language, written by an author aged 39 or under.

This year’s shortlist, which is being heralded as the most diverse to date, includes the American-Ghanaian Nana Kwame Adjei-Brenyah, British-Sri-Lankan Guy Gunaratne, and Zimbabwe-born Novuyo Rosa Tshuma, who were selected for their powerful and challenging works tackling race, immigration, and post-colonial history. Joining them on the shortlist are Louisa Hall with her kaleidoscopic novel on Robert Oppenheimer, father of the atomic bomb; Zoe Gilbert and her folkloric tale of the fictional village of Neverness; and Sarah Perry with her gothic mystery, Melmoth.

The winner will be announced on Thursday, May 16, at Swansea University’s Great Hall, just after International Dylan Thomas Day on May 14.

Congratulations to all of the shortlisted authors! 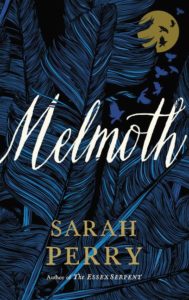 “Perry’s new novel…is another Gothic stunner … It is a scary novel that chills to the bone even as it points the way to a warmer, more humane, place … Bearing witness, watching, remembering—it is incredible how terrifying the simple act of seeing a crime can be. And, like a Brontë sister in a box at the opera, Perry observes the drama from an omniscient perch, examining her characters as if through a lorgnette … Perry has created a Prague that envelops the reader in a bath of sensation … Terror is not the point, nor is menace, exactly, although the novel offers both. The real horror of this novel is not the ghostly Melmoth at all, but the cruelty we human beings enact upon one another … By the end of Melmoth, you are left with a feeling that you have experienced something wholly entertaining, and that you have found humanity and compassion in the process.”

“These stories magnify what it means to be black in America—wherein your very presence can be deemed threatening, and therefore worthy of capital punishment—through a satirical, uncanny lens, reflecting back just how absurd and dehumanizing our reality is. They force us to reckon with our country’s toxic racism and consumerism while being compulsively readable and somehow even funny. Adjei-Brenyah pulls this off partly through his characters … Adjei-Brenyah’s sharp prose keeps [one short story] sinewy and darkly humorous while simultaneously allowing for flashes of tenderness … America might be dehumanizing, Adjei-Brenyah seems to say, but we can still be human.”

“Once again few words go to waste in [Hall’s] new book, Trinity, a brilliant imagining of how the details omitted from one notorious man’s story might define him more fully than the broad strokes we already know … Trinity sounds a wake-up call to those who have failed to ease the threat of planetary destruction through a slowness to effect controls on fossil fuels, other environmental dangers and, indeed, nuclear weapons. If they took action, the world would change. Oppenheimer changed course in his own life–and through Hall’s imagined reading of his mind, she shows us that we still can too.”

“… remarkable … Zamani, however, is too rich and complicated a character to be reduced to any single metaphor or symbol … Tshuma’s brilliant layering of competing images and metaphors is one of the many marvels of this wise and demanding novel. While Zamani may claim, over and over, that what he’s seeking is a full accounting of history at the most intimate level, the stories that are slowly and painfully revealed suggest that something far more complicated is at work … stunning … It’s a remarkable feat. Through Zamani, Tshuma shows us how much work it takes to efface the past, and, through House of Stone, she proves that those efforts are no match for a novel as ambitious and ingenious as this one.”

In Our Mad and Furious City by Guy Gunaratne

“…an introduction to a voice so fiery it burns to the touch … It’s obvious Gunaratne knows these boys well, eschewing coming-of-age clichés in an effort to thoroughly, authentically detail their lives and pain. His rendering, violent and pointed as it may be, brims with empathy. There’s also a sort of experimental ambition here … The novel periodically expands, admirably if unevenly, into the hearts and minds of Ardan’s mother, Caroline, and Selvon’s father, Nelson … he adds to a growing chorus of urgent, explosive reframings. Mad and Furious, indeed.” 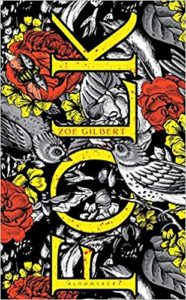 “Folklore is the architecture of Neverness, a fecund world Gilbert brings alive through a tactile vocabulary that stirs all the senses … At the heart of these haunted stories is an almost stifling adherence to ritual. A sense of foreboding permeates both the sub-pagan practices and the people to whom the title refers. Superstition often proves to be prophecy rather than hokum, and human and animal kingdoms merge into areas of confused identity, a beautiful blurring of fur, feather and fin. Hares, kites and bees play vital roles. Dark magic exists … Folk is a special book: immersive and dripping with life, each story a spell, an allegory, a dark, smoky poem divined from the landscape of our ancient kingdom. A reminder that myths are vessels of truth as valuable in the present as in the past, it reads like a dream that, once visited, is difficult to leave behind.”