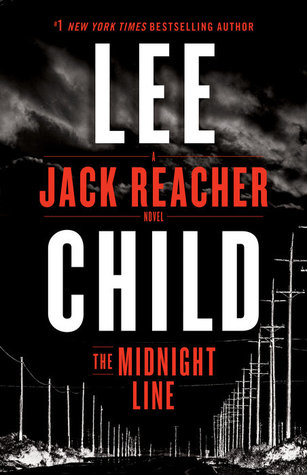 The latest novel in Child's wildly popular Jack Reacher thriller series. A search for the owner of a pawned woman's West Point ring brings Reacher into contact with an elaborate South Dakota and Wyoming opioid-distribution syndicate.

What The Reviewers Say
Rave Janet Maslin,
The New York Times
Child excels at taking a seemingly small matter and going from zero to 60 with it. But this time the acceleration happens credibly, and doesn’t head toward an impossibly outsize denouement, which has happened in too many Reacher books to mention ... The pieces of the plot come together as Reacher’s military pride and the community’s illicit opioid use intersect. The bad actors are nominally the dealers, but The Midnight Line doesn’t demonize its villains the way Child’s books usually do. And the addicts aren’t dismissed or treated as stereotypes. The book voices strong convictions about the issues that are raised here, and it’s no stretch given Reacher’s principled military background. The last chapters have more emotional heft than anything Child has written before ... This book adds its share of classic moments to the Reacher canon...the kind of swagger that has kept this franchise so satisfying. But The Midnight Line is the rare book in which Reacher mostly doesn’t have to act that way. And shouldn’t. And becomes too moved even to try.
Read Full Review >>
Rave Richard Lipez,
The Washington Post
...a timely, affecting, suspenseful and morally complex thriller. In fact, it’s one of the best thrillers I’ve read this year ... This time Child confronts the opioid epidemic, and he does so with keenness, understanding and a burning anger over the scourge’s causes — poverty, hopelessness, war — and the haplessness of the U.S. criminal justice system’s response, or lack thereof. Given the subject, Reacher is more thoughtful and measured than usual, relying more on his wits ... Readers will practically need a GPS to follow Reacher and his posse around the Western plains through parts of South Dakota and Wyoming, and it’s a pleasure to ride along. Child writes beautifully about the vast open spaces of the West, with its physical landscape that’s magnificent but a human landscape that’s often not pretty at all.
Read Full Review >>
Positive Bill Ott,
Booklist
Showing his sensitive side and his usual shrewd ability to figure stuff out, Reacher proves the man for the job. Not your usual Reacher fare—God help us, we crave more head-banging—but a very good, multifaceted novel about dealing with the unthinkable.
Read Full Review >>
See All Reviews >>
SIMILAR BOOKS
Fiction

Homeland Elegies
Ayad Akhtar
Rave
What did you think of The Midnight Line: A Jack Reacher Novel?
© LitHub | Privacy