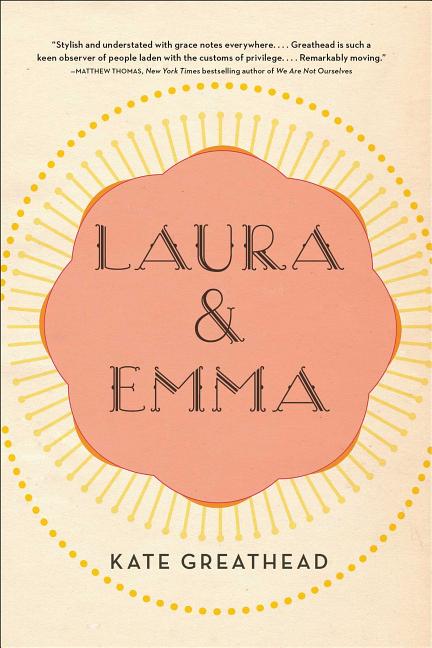 A novel spanning 1980 to 1995 in which Laura, a offbeat woman in her early 30s from Manhattan’s Upper East Side who attempts to balance her progressive ideals with the lavish lifestyle she lives thanks to a trust fund, finds herself pregnant from a one night stand and decides to keep the baby.

What The Reviewers Say
Positive Constance Grady,
Vox
...a book that insists on its own quietness, its own hushed ideas. There’s a kind of fierceness to the rigor with which this book keeps itself whispering, to the way each restrained and understated sentence has been polished to glittering brightness ... As Laura and Emma progress through the years in a series of elegant, understated vignettes, the distance between them quietly expands and then contracts and then expands again, a torrent of raw emotion under the glacial surfaces of these sentences ... despite this novel’s enormous restraint and despite the surface pleasures of its comedy, Laura and Emma is a profoundly sad book. It’s loneliness in the form of a novel, and beneath its fierce quietness, there’s an ache that never stops.
Read Full Review >>
Mixed Chelsea Leu,
The Rumpus
The book is pointed but deadpan about the blithe, self-congratulatory delusions of the uber-privileged. The author is in on the joke, the prose makes clear. But it feels like we’re left waiting for a punchline—all the book does is observe, and as subtle, artful, and polished as Greathead’s writing is, the points she raises are never deeply addressed ... The novel is portrait, not polemic; its arc follows the artless path of life itself. And it’s also curiously hard to pin down—squint at the story one way and you see a woman’s life hollowed out by the very privilege that allows her to coast; look at it from another angle and you see a regular person living a multi-faceted, flawed life. (Really, who isn’t self-deluded at times?) And if we pay very, very close attention to the novel, it seems to promise, we might figure out what all of these well-formed vignettes are driving at. But I have to say that I eventually grew impatient with all of this. Because it felt, ultimately, like Laura & Emma was undermining its own existence by pressing the point: that the story of this privileged white woman was worth paying attention to. But the world doesn’t need to be convinced that the stories of privileged white women are worth paying attention to—no matter how quiet, offbeat or imperfectly human they are.
Read Full Review >>
Positive Annie Bostrom,
Booklist
Most impressive are the ways Greathead restrainedly shows her characters stretching at the seams of their own by-now-inherited restraint, and she paints their immense privilege with knowing nuance. Greathead’s smart and original take on the mother-daughter novel impresses and charms.
Read Full Review >>
See All Reviews >>
SIMILAR BOOKS
Fiction

Fifty Words for Rain
Asha Lemmie
Positive
What did you think of Laura & Emma?
© LitHub | Privacy