House of Salt and Sorrows 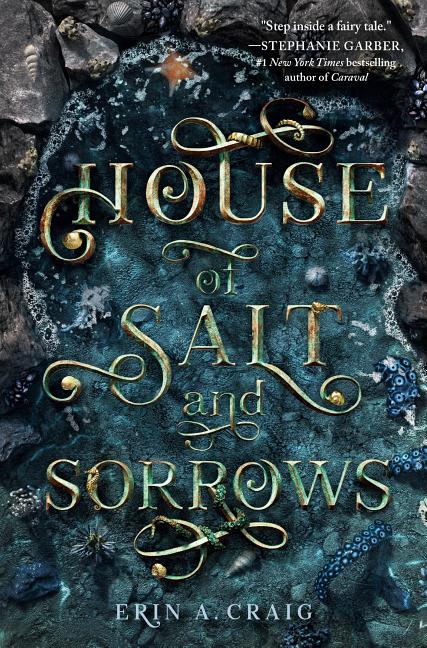 On a remote island estate, Annaleigh Thaumas, the sixth-born of twelve sisters, enlists the aid of an alluring stranger to unravel the family curse before it claims her life. Based on The Twelve Dancing Princesses.

What The Reviewers Say
Positive Tom Shippey,
The Wall Street Journal
All very Freudian, one might say, but unlike the Grimms’ princesses, Annaleigh and her sisters don’t need a brave little soldier to rescue them. They figure things out for themselves, and she figures out who’s doing it too. It isn’t rocket science, and it isn’t all magic either. But if the gender bias of the Grimms is exposed and rejected, their class orientation toward brave sailors rather than princes, and poor old women rather than duchesses, is magnified and applauded ... It’s a fairy tale, a young-adult romance (though gothic enough for adult readers) and a whodunit too. Erin Craig works them all together with the modern storyteller’s more complex craft. The Grimms provided the blueprint, one might say, and a very good blueprint it is, but after two centuries of dominance by the realistic novel, we need more than the sketch of a fairy tale. We need personalities, we need individuals, we need to understand the heroine’s interior life, all engagingly presented in this charming remake.
Read Full Review >>
Positive Kimberly Giarratano,
BookPage
Atmospheric, intense and macabre, House of Salt and Sorrows is a smorgasbord of gothic subgenres but a murder mystery at its core. Once the story builds momentum, it rapidly revs up the stakes, making for a devouring and page-turning read.
Read Full Review >>
Positive Maggie Reagan,
Booklist
This moody maritime retelling of The Twelve Dancing Princesses blends elements of suspense and horror for a gothic twist on a familiar tale. A memorably built world populated with a hauntingly doomed family.
Read Full Review >>
See All Reviews >>
SIMILAR BOOKS
Fantasy

40
Alan Heathcock
Positive
What did you think of House of Salt and Sorrows?
© LitHub | Privacy