Zakiya Dalila Harris
Positive The Washington Post Is the novel worth the hype? Yes. It should be at the top of your summer reading list ... An engaging subplot revolves around a Wagner book that hit the bestseller list in 1983 and the soured friendship between its author, Diana Gordon, and its editor, her childhood friend, Kendra Rae Phillips ... Nella and Kendra’s story lines intersect in surprising ways as the novel transitions into a riveting thriller revolving around a covert brainwashing effort and an underground resistance movement. One of the pleasures of The Other Black Girl is its unapologetic appeal to Black female readers ... Harris is a capable, funny writer who crafts a compelling, sympathetic and complex protagonist. Glimpsing Nella’s interior life and friendship with Malaika feels like overhearing the real thoughts and conversations of a young Black woman. Harris creates well-written characters without pandering to Black readers or translating African American cultural shorthand for a White audience. While I generally enjoyed this book, the transitions between the present-day story featuring Nella and Hazel to the past narrative were occasionally awkward, and one major plot point felt underdeveloped. And yet, I believe that the novel will assume its place as a cultural artifact that resonates especially with Black female readers.

Monica West
Rave The Washington Post ... an emotionally fecund and spellbinding debut novel ... West movingly describes the ways that patriarchy, Christianity and gender-based violence unite ... Miriam is an unforgettable narrator whose storytelling evinces vulnerability, grace, grit and self-awareness. I was moved by West’s portrayal of Miriam’s spiritual awakening and coming-of-age journey ... offers a refreshing take on the lives of Black women and girls living with disabilities, depression and domestic violence. West avoids predictable tropes in writing about Hannah’s disability, making her neither less than human nor an object of pity. The novel’s powerful ending thoughtfully probes how people with disabilities are targeted with problematic, if well-intentioned, interventions through both traditional and alternative medicine. Revival Season should be read alongside books that tackle the insidious relationship between Christianity and toxic masculinity ... It is nearly impossible to avoid falling in love with Miriam and becoming entranced by this family’s story. I found myself deeply invested in Miriam’s arc and rooting for her as she came into a brave, tender version of herself. West’s debut marks the entry of a stalwart new voice in American fiction.

Ladee Hubbard
Rave The Washington Post ... a fascinating story about the intersection of ambition, race and revenge ... upends the racial calculus that amplifies the stories of the privileged few, offering rich, lovingly rendered portraits of working-class Black people. Hubbard’s work underscores the legendary Toni Morrison’s words in The New Yorker: \'You are not the work you do; you are the person you are\' ... Hubbard’s novel is a powerful meditation on the way that Black women’s hopes and fortunes were (and still are) constrained by racism and misogyny ... While The Rib King is set in the early 20th century, the questions it raises are deeply resonant today ... underscores the necessity of revisiting the violence that has been done to African Americans and the ways that language falls short of fully capturing its magnitude ... Hubbard crafts unforgettable characters and masterfully builds suspense. The author also deftly deploys the frame story, putting the present narrative in conversation with the violent events of Sitwell’s childhood in the American South. Sitwell’s intense reaction to the fictional retelling of his primal loss reminds readers that history belongs to those who control its narrative, and that fiction can be as powerful, and in some cases even more influential, than fact. While there is much to enjoy in The Rib King, the ending goes off the rails a bit, with too many minor characters and plot points introduced too swiftly ... will resonate with readers who are interested in African American history and literature, and with those who want to interrogate the emblematic American myths of progress and individual uplift. The novel weighs questions that are central to human experience: how to live in trauma’s long shadow, the value and perils of vengeance, and the (im)possibility of ever fully knowing both others and ourselves.

Robert Jones Jr
Positive The Washington Post With this epic novel, Jones, who is known for his blogging and Twitter presence as Son of Baldwin, marks his entry into the literary arena ... Even in the face of incredible oppression, this book reminds us, enslaved people loved fiercely, adorned themselves and dreamed freely. The greatest gift of this novel is its efforts to render emotional interiority to enslaved people who are too often depicted either as vessels for sadistic violence or as noble, superhuman warriors for liberation ... Jones depicts Samuel and Isaiah’s romance with beauty and tenderness ... Jones’s writing is at its best when it tackles human-level interactions ... There are other passages where the prose feels clunky and effortful, and some readers may feel that the author drops the proverbial stitch in the delicate work of storytelling in favor of addressing historical, social and political issues. The novel may also have benefited from more judicious editing to craft a more captivating and coherent plot. Perhaps this narrative dissonance is indicative of Jones’s attempt at experimentation. It may also reflect the nagging lack of emotional and narrative closure that is emblematic of Black experience in the Americas ... Jones’s debut novel is an important contribution to American letters, Black queer studies and the present moment’s profound reckoning with the legacy of America’s racialized violence. 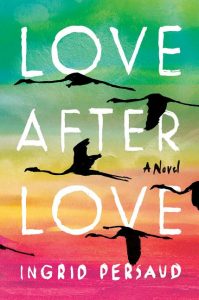 Ingrid Persaud
Rave The Washington Post Persaud’s book is a memorable, moving account of wounded people who come together to create an alternative family, a refuge where they can heal ... Persaud offers readers not only the expected doubles, roti and music the twin island republic is famous for but also vivid descriptions of insular communities, intimate friendships and Hindu religious practices and mysticism. The joy of this novel is in the way that it savors language and life’s sensory pleasures; when Betty cooks cascadoux curry, the reader’s mouth waters for the food she serves with love. Persaud captures the gorgeous rhythms of Trinidadian speech and presents the bawdy humor, wit and buoyancy Trinis are known for ... There is much to admire in Love After Love. It will be a pleasurable read for anyone who has tried and failed in love, marriage, friendship and parenting. This novel reminds readers of why we go to books in search of answers to life’s great questions, among them how to demand more of our lovers and ourselves, how to guide the children in our lives and how to grieve our losses and our mistakes. 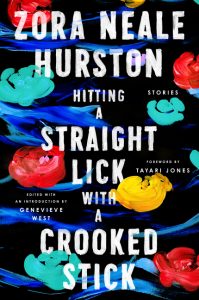 Zora Neale Hurston
Rave The Washington Post \"...a revelation not just in its celebration of Hurston’s lesser-known efforts as a writer of short stories but also in the subjects and settings that it takes on ... Hurston’s stories do not merely document black experience in the early 20th century; they testify to larger truths about black life ... tender and wry ... Fans and scholars of Hurston’s work and the uninitiated alike will find many delights in these complex, thoughtful and wickedly funny portraits of black lives and communities ... this book is a significant testament to the enduring resonance of black women’s writing.\
© LitHub | Privacy