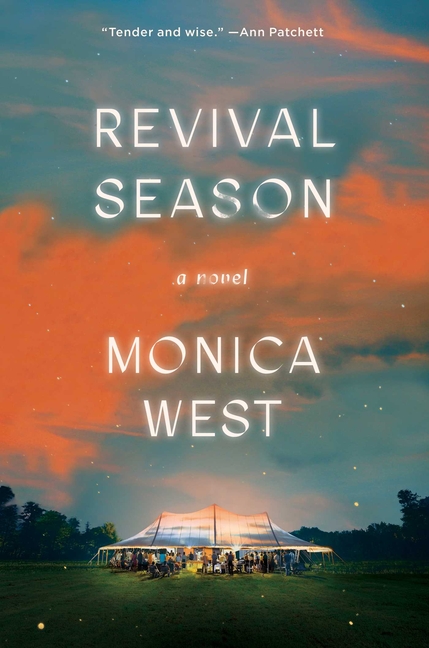 The daughter of one of the South’s most famous Baptist preachers discovers a shocking secret about her father that puts her at odds with both her faith and her family.

What The Reviewers Say
Rave Naomi Jackson,
The Washington Post
... an emotionally fecund and spellbinding debut novel ... West movingly describes the ways that patriarchy, Christianity and gender-based violence unite ... Miriam is an unforgettable narrator whose storytelling evinces vulnerability, grace, grit and self-awareness. I was moved by West’s portrayal of Miriam’s spiritual awakening and coming-of-age journey ... offers a refreshing take on the lives of Black women and girls living with disabilities, depression and domestic violence. West avoids predictable tropes in writing about Hannah’s disability, making her neither less than human nor an object of pity. The novel’s powerful ending thoughtfully probes how people with disabilities are targeted with problematic, if well-intentioned, interventions through both traditional and alternative medicine. Revival Season should be read alongside books that tackle the insidious relationship between Christianity and toxic masculinity ... It is nearly impossible to avoid falling in love with Miriam and becoming entranced by this family’s story. I found myself deeply invested in Miriam’s arc and rooting for her as she came into a brave, tender version of herself. West’s debut marks the entry of a stalwart new voice in American fiction.
Read Full Review >>
Rave Beth Mowbray,
The Washington Independent Review of Books
Each year brings a new round of writers releasing their work into the world for the very first time, yet it remains relatively rare for one of them to produce a novel so profoundly well written that it fills a hole readers didn’t even know existed in the canon. Monica West, however, has managed to do just that with a tale so authentic it will crack your heart right open ... delves into matters of faith and belief, religion and the church establishment, along with the attendant strengths and flaws. But this story is also so much more. Its success hinges on the execution of Miriam’s self-examination, the inward journey she takes to reconcile the different versions of her father and to, subsequently, form her own beliefs about herself and the world. Without question, West shines here ... Exploring the deep-rooted beliefs of the Horton family in the context of the larger Black church community they reside within, Revival Season is sure to appeal to those raised in the Bible Belt as much as at will to those who’ve looked curiously in from the outside. West has so carefully crafted the dynamics of family relationships that readers will feel as if they’re riding along down the highway in the Hortons’ packed van or sitting next to Miriam under the revival tent on a hot summer evening ... There is something captivating and beautifully painful about this story, as well as West’s writing. A bit of the magic of storytelling, perhaps, that just cannot be put into words. Readers must experience it for themselves.
Read Full Review >>
Rave Freya Sachs,
BookPage
... this propulsive story, narrated by a strong, young voice, is one of the most memorable and moving novels I have read in recent months ... Readers will root for Miriam as she finds her sense of self. She’s a fascinating character, and her transformation over the course of the story is impressive, especially as violence upends and reverberates throughout her world ... The plot and characters of Revival Season are remarkably well rendered, but West’s language is especially compelling, pulling readers into Miriam’s most defining moments. The sentences are downright musical, and each chapter paints a picture, leaving the reader eager for all that awaits.
Read Full Review >>
See All Reviews >>
SIMILAR BOOKS
Coming Soon

The Magnolia Palace
Fiona Davis
Rave
What did you think of Revival Season?
© LitHub | Privacy