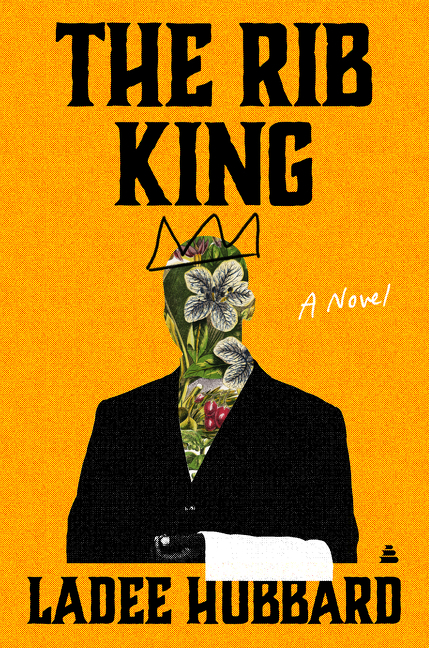 The acclaimed author of The Talented Ribkins delves deeper into Ribkin family history, unraveling the story of ancestor August Sitwell, a Black employee of the old-money Barclay family. When the Barclays decide to bolster the depleted family fortune by marketing a barbecue sauce recipe they stole from their Black cook "Miss Mamie"—and putting a caricature of August's smiling face on the label—August grows increasingly distraught, eventually exploding in a shocking tragedy.

What The Reviewers Say
Rave Naomi Jackson,
The Washington Post
... a fascinating story about the intersection of ambition, race and revenge ... upends the racial calculus that amplifies the stories of the privileged few, offering rich, lovingly rendered portraits of working-class Black people. Hubbard’s work underscores the legendary Toni Morrison’s words in The New Yorker: 'You are not the work you do; you are the person you are' ... Hubbard’s novel is a powerful meditation on the way that Black women’s hopes and fortunes were (and still are) constrained by racism and misogyny ... While The Rib King is set in the early 20th century, the questions it raises are deeply resonant today ... underscores the necessity of revisiting the violence that has been done to African Americans and the ways that language falls short of fully capturing its magnitude ... Hubbard crafts unforgettable characters and masterfully builds suspense. The author also deftly deploys the frame story, putting the present narrative in conversation with the violent events of Sitwell’s childhood in the American South. Sitwell’s intense reaction to the fictional retelling of his primal loss reminds readers that history belongs to those who control its narrative, and that fiction can be as powerful, and in some cases even more influential, than fact. While there is much to enjoy in The Rib King, the ending goes off the rails a bit, with too many minor characters and plot points introduced too swiftly ... will resonate with readers who are interested in African American history and literature, and with those who want to interrogate the emblematic American myths of progress and individual uplift. The novel weighs questions that are central to human experience: how to live in trauma’s long shadow, the value and perils of vengeance, and the (im)possibility of ever fully knowing both others and ourselves.
Positive RIGOBERTO GONZÁLEZ,
The Los Angeles Times
... engrossing ... What reads as a different novel altogether is actually a clever complement to the Sitwell section. Through Jennie’s encounters with groups religious, political and even artistic — not to mention loan sharks — every surviving member of the Barclay staff resurfaces, each one bringing her one step closer to the infamous Rib King, who is now seen as a minstrel, an embarrassing remnant of a romanticized past ... By offering these contrasting tones, Hubbard is illuminating the transition from a time that was still shaking off the shadows of slavery to one that was forward-thinking, fueled by dreams that were suddenly achievable in the economic boom of the 1920s ... Unfortunately, the second half of the novel cannot unfold without Hubbard’s leaning hard on convenient coincidences that drag the reader through a winding road of plot twists, sometimes at break-neck speed. This comes across as too neatly engineered in service to tying up an array of loose ends, but it’s difficult to find fault with an author who has written such magnificent and compelling characters as Jennie and Mr. Sitwell ... delightful and surprising. Hubbard’s own superpower is her gift for building extraordinary worlds that examine troubled periods of America’s past while shedding light on the unquestionable innovation and determination of African Americans who, perhaps improbably, thrived within them.
Read Full Review >>
Rave Colette Bancroft,
Tampa Bay Times
Hubbard weaves large issues into The Rib King: racism in all its manifestations, from the tedious everyday indignities its characters endure to staggering economic inequality and unpunished violence. The Great Migration, the early years of the civil rights movement and the rise of the Black middle class all provide background for the story. Hubbard’s measured, elegant style is a grounding contrast to it all, and she crafts a complex, suspenseful plot with skill. But, most of all, The Rib King is about its characters, complex, engaging, determined to rise.
Read Full Review >>
See All Reviews >>
SIMILAR BOOKS
Fiction

Mary Jane
Jessica Anya Blau
Positive
What did you think of The Rib King?
© LitHub | Privacy