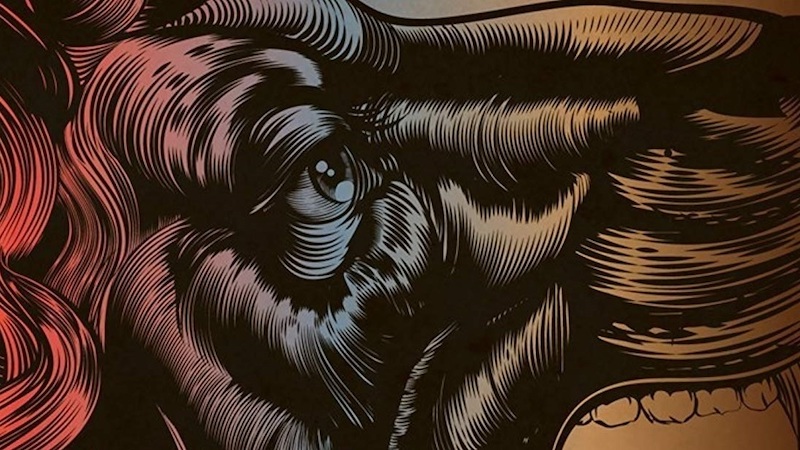 Dystopian tales, unheimlich Greek tragedies reimagined, the civilian deaths of America’s forever war: it’s a brilliant but brutal crop we’ve gathered for you this week so prepared to be mesmerized and depressed in equal measure.

In his rave New York Times review of Friday Black, There There author Tommy Orange calls Nana Kwame Adjei-Brenyah’s debut “a powerful and important and strange and beautiful collection of stories meant to be read right now.”

Over at the New Yorker, Katy Waldman praises the unheimlich quality of Daisy Johnson’s Booker Prize-shortlisted, modern day reimagining of the Oedipus myth, Everything Under, and compares it to Lauren Groff’s Florida: “The river in Everything Under does what the state of Florida did for Groff’s short-story collection Florida: it is the backdrop that also expresses characters’ identities and emotions. Johnson’s waterways—muddy, unpredictable, treacherous, full of half-submerged souvenirs and elusive creatures—evoke the fluidity of memory, as well as of language, gender, and sexuality.”

In a long but illuminating New Republic piece, Booker Prize-winning Irish writer John Banville considers the life and work of Anthony Powell, “a master of the traditional English novel form” whose A Dance to the Music of Time series made him one of most iconic of the post-war British novelists.

We also take a closer look at Meg Wolitzer’s New York Times review of Barbara Kingsolver’s new novel, Unsheltered (“another densely packed and intricately imagined book”), and Samuel Moyn’s take on Nick McDonell’s The Bodies in Person (“…a striking new book about the forever war … a call to contain or minimize one kind of outrageous violence: the killing of civilians in America’s contemporary wars, fought since 9/11 across an astonishing span of the earth”).

“In Friday Black, Nana Kwame Adjei-Brenyah has written a powerful and important and strange and beautiful collection of stories meant to be read right now, at the end of this year, as we inch ever closer to what feels like an inevitable phenomenal catastrophe or some other kind of radical change, for better or for worse. And when you can’t believe what’s happening in reality, there is no better time to suspend your disbelief and read and trust in a work of fiction—in what it can do … This is a dystopian story collection as full of violence as it is of heart. To achieve such an honest pairing of gore with tenderness is no small feat. The two stories that bookend the collection are the most gruesome, and maybe my favorites. Where they could be seen as gratuitous (at least to those readers who are not paying close attention to the news, or to those who intentionally avert their eyes), I find them perfectly paced narratives filled with crackling dialogue and a rewarding balance of tension and release. Violence is only gratuitous when it serves no purpose, and throughout Friday Black we are aware that the violence is crucially related to both what is happening in America now, and what happened in its bloody and brutal history … the dystopian future Adjei-Brenyah depicts—like all great dystopian fiction—is bleakly futuristic only on its surface. At its center, each story—sharp as a knife—points to right now.”

“Graham Greene famously observed that there is a splinter of ice in the heart of every writer, and certainly this is true of that generation of middle-class male novelists born in the decade before 1914. These were the men who, as one of them, John Heygate, remarked, were ‘too young to enter the war, too old to inherit the peace.’ What they had in common was a deep-seated strain of melancholy verging on, and frequently lapsing into, a curiously unemphatic, almost whimsical form of despair. Heygate, a minor novelist and man-about-other people’s wives, killed himself in the 1970s, leaving instructions for his friends to have a lavish, celebratory meal after his funeral. Their outlook upon the world may have been bleak, but they did have style, those chaps. Anthony Powell, the subject of Hilary Spurling’s elegant, affectionate biography Dancing to the Music of Time, was afflicted by recurring and utterly debilitating bouts of depression … Despite the claims of some of his more excitable admirers, Powell is a much lesser artist than Joyce, lacking Joyce’s stylistic exuberance and his determination to break out of the bonds of the traditional novel form. Yet he could with justice claim of A Dance, as Joyce did of Ulysses, that it is a triumphant feat of engineering … Despite inevitable flaws and weaknesses, Anthony Powell was a master of the traditional English novel form. As the dance of life proceeded around him, by turns gay and melancholy, he watched, he listened, he noted, with the most careful interest and attention. ‘Try,’ Henry James, in his great essay The Art of Fiction, urged the tyro novelist, ‘to be one of the people on whom nothing is lost.’ Anthony Powell was without doubt an artist of that rare kind.”

–John Banville on Hilary Spurling’s Anthony Powell: Dancing to the Music of Time (The New Republic)

“While the term ‘real estate porn’ describes our ecstatic obsession with the ways in which a handful of lucky people get to live and the rest of us generally don’t, there seems to be no obvious term to characterize the literature that limns the trouble that invariably takes place inside fictional houses, whether they are claustrophobic, haunted or simply falling apart. But we are drawn to these houses just the same, not by the dream of tranquillity, but by the durable, and far more interesting, pull of complexity, and even the possibility of impending catastrophe. From the very first line of Unsheltered, Barbara Kingsolver lures us into such a house … Kingsolver has long written socially, politically and environmentally alert novels that engage with the wider world and its complications and vulnerabilities, all the while rendering the specific, smaller worlds of her characters humane and resonant. In Unsheltered, she has given us another densely packed and intricately imagined book.”

“In reworking the story of Oedipus, Everything Under, the entrancing début novel by Daisy Johnson, is an unheimlich presentation of an unheimlich plot … Johnson switches deftly among the various streams, which converge on a single revelation with the stern inevitability of a Greek tragedy … In the absence of entrails, one might read Johnson’s goals and methods in the names of the authors who blurbed her. One is Lauren Groff, who shares Johnson’s gift for concretizing psychology in sensual descriptions. The river in Everything Under does what the state of Florida did for Groff’s short-story collection Florida: it is the backdrop that also expresses characters’ identities and emotions. Johnson’s waterways—muddy, unpredictable, treacherous, full of half-submerged souvenirs and elusive creatures—evoke the fluidity of memory, as well as of language, gender, and sexuality … Johnson’s own writing summons the just-off-ness of the uncanny; she is capable of passages of exquisite creepiness, a mood partially achieved via slight syntactical perturbations … Her sentences have an aqueous quality, an undertow that drags you on and down.”

–Katy Waldman on Daisy Johnson’s Everything Under (The New Yorker) 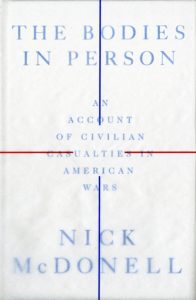 “Nick McDonell’s striking new book about America’s forever war, The Bodies in Person, is a call to contain or minimize one kind of outrageous violence: the killing of civilians in America’s contemporary wars, fought since 9/11 across an astonishing span of the earth. At a moment when Donald Trump has relaxed controls on American killing abroad even beyond what McDonell chronicles and our long-term proxy war in Yemen has broken into gross atrocities—like the Saudi air strike that killed scores of civilians in early August this year—it is a pressing theme. And McDonell’s appeal for Americans not only to attend more to the military excess of the war but also to bring down its civilian toll in the name of the country’s own founding ideals is nothing if not noble. Pulsating with attention to moral principle, McDonell’s approach to this grisly reality is also highly personal. In his reporting, he restores the identities of civilian victims. ‘The first step away from a person’s name is the first step toward killing him,’ he observes. He gives voice to misgivings that lurk beneath the surface of American consciousness, close enough to cause trouble but submerged too far to break through without help.”