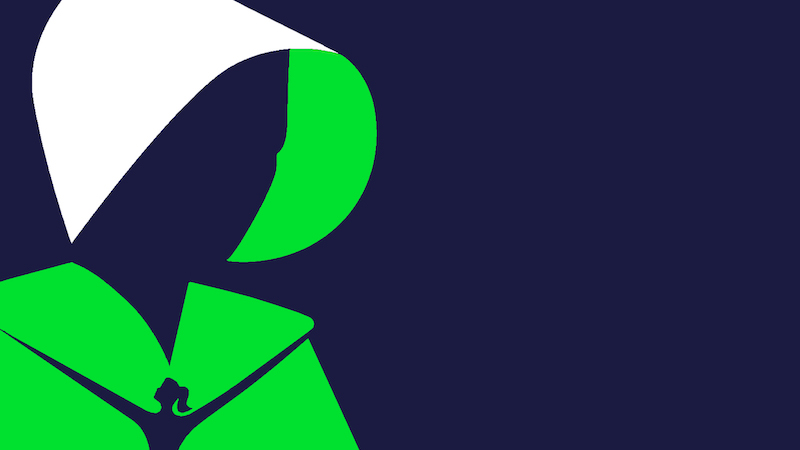 “Say his name like this: Key-shot. His quest is a long shot, and there’s a gun involved. (Trigger warning: The gun talks.) Quichotte needs more than one key to more than one door, although, at last, because this is a fairy tale, the final door opens by itself … How we see the world—and how the world sees us—are the big themes of Cervantes’s epic. Rushdie’s version holds true to that tale, but because we are post-Freud, the matter of identity is also at the heart of Quichotte. Identity includes race. What does it mean to be brown and not white? What do white people see when they see brown people? … Rushdie has always written as though the impossible and the actual have the same right to exist … The end of Quichotte is a meditation on language itself, beautiful in its simplicity, that pays tribute to the importance of bearing witness, of being able to tell the story against ‘what vanishes when everything vanishes: not only everything, but the memory of everything.’ The lovely, unsentimental, heart-affirming ending of Quichotte…is the aslant answer to the question of what is real and what is unreal. A remembrance of what holds our human lives in some equilibrium—a way of feeling and a way of telling. Love and language.”

“[A] compelling sequel … It’s a contrived and heavily stage-managed premise—but contrived in a Dickensian sort of way with coincidences that reverberate with philosophical significance … Atwood’s sheer assurance as a storyteller makes for a fast, immersive narrative that’s as propulsive as it is melodramatic … Atwood wisely focuses less on the viciousness of the Gilead regime, and more on how temperament and past experiences shape individual characters’ very different responses to these dire circumstances … Atwood understands that the fascist crimes of Gilead speak for themselves—they do not need to be italicized, just as their relevance to our own times does not need to be put in boldface … it’s worth remembering that the very ordinariness of Atwood’s Offred gave readers an immediate understanding of how Gilead’s totalitarian rule affected regular people’s lives. The same holds true of Agnes’s account in The Testaments, which is less an exposé of the hellscape that is Gilead than a young girl’s chronicle … Atwood seems to be suggesting, do not require a heroine with the visionary gifts of Joan of Arc, or the ninja skills of a Katniss Everdeen or Lisbeth Salander—there are other ways of defying tyranny, participating in the resistance or helping ensure the truth of the historical record.”

“… awe-inspiring … Lerner has hit on something deep, and true, in the portrait of ‘debate’ in this book, as what it has long seemed to be—the knightly combat or martial arts of children of the professional-managerial class, where they can practice the linguistic violence they’ll use as adults against real targets in politics, the law, and administration … The beautiful recollections of childhood in The Topeka School allow for a Portrait of the Artist–type origin story in which Adam’s eventual triumph as a poet, and as the writer of this novel, occurs by the neutralization of the voices of debate and white rap with his mother’s feminism … The Darren plot seems a way to lend a convention of suspense, familiar from other contemporary novels, to a book that is better than most contemporary novels. Perhaps its virtue is as a reminder of the persistence of exclusion in a progressive civilization—our own—which redeems some new subjects only to despise and scapegoat others.” 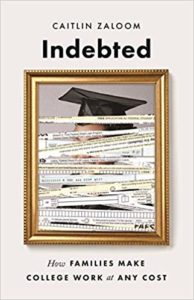 “Zaloom considers how the challenge of paying for college has become one of the organizing forces of middle-class family life. She and her team conducted interviews with a hundred and sixty families across the country, all of whom make too much to qualify for Pell Grants (reserved for households that earn below fifty thousand dollars) but too little to pay for tuition outright. These families are committed to providing their children with an ‘open future,’ in which passions can be pursued. They have done all the things you’re supposed to, like investing and saving, and not racking up too much debt. Some parents are almost neurotically responsible, passing down a sense of penny-pinching thrift as though it were an heirloom; others prize idealism, encouraging their children to follow their dreams. What actually unites them, from a military family in Florida to a dual-Ph.D. household in Michigan, is that the children are part of a generation where debt—the financial and psychological state of being indebted—will shadow them for much of their adult lives … At times, Indebted reads like an ethnography of a dwindling way of life, an elegy for families who still abide by the fantasy that thrift and hard work will be enough to secure the American Dream … Indebted ends up being a story about modern families—about how we understand our responsibilities toward one another in a time of diminishing prospects. Sacrifice is nothing new, and guilt has mediated family relations for eons. But there’s a distinctly modern paradox in Zaloom’s version of middle-class life, with parents preparing their children for adulthood while also protecting them from it.”

“Cathleen Schine has the gift of wearing her intellectuality lightly. Since 1983, she has launched one sharply comic novel after another—about mutating female friendships, academic pomposity, foolish old men who trade in their old wives for spiffier models, and grown children who fret over their aging parents. Schine enriches each of these modern scenarios with literary prototypes that include Gustave Flaubert, Jane Austen,Charles Darwin and Denis Diderot. The wonder is that none of these references weighs them down … In relaying Daphne’s and Laurel’s life stories, The Grammarians diagrams the sentence that is twinhood. The girls branch out from identical outfits and inseparability to a mischievous switcheroo (à la Shakespeare) in which they swap jobs for a day, with lasting consequences. Competitiveness spreads like a toxic mold over their relationship … filled with delightful zingers. Each chapter is headed by a definition from Samuel Johnson’s A Dictionary of the English Language. ‘Bookish,’ we learn from one of his entries, ‘is generally used contemptuously.’ This tale of twins who ‘elbow each other out of the way in the giant womb of the world’ is smart, buoyant and bookish—in the best sense of the word.”