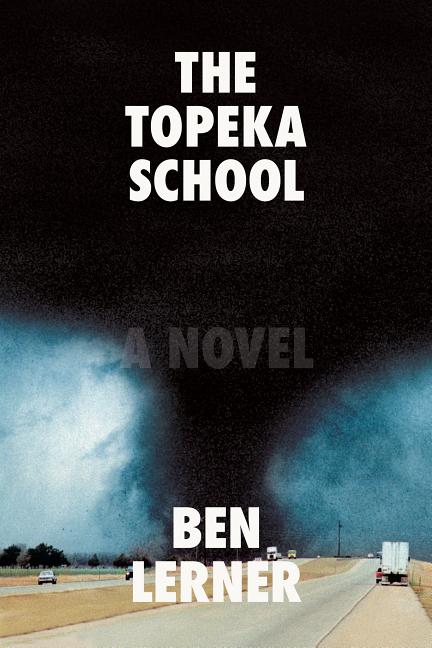 Adam Gordon is a senior and renowned debater at Topeka High School, class of ’97, where he is one of the cool kids, ready to fight—or, better, freestyle about fighting—if it keeps his peers from thinking of him as weak. His parents both work at a psychiatric clinic that has attracted staff and patients from around the world. When Adam brings the loner Darren Eberheart―who is, unbeknownst to Adam, his father’s patient―into the social scene, there are disastrous consequences.

What is this?
Positive
Based on 52 reviews

What The Reviewers Say
Rave Garth Risk Hallberg,
The New York Times Book Review
...exhilarating ... The Topeka School rocks an American amplitude, ranging freely from parenthood to childhood, from toxic masculinity to the niceties of cunnilingus ... the earlier novels’ questions about art and authenticity not only persist; they stretch to fill the horizon. The cumulative effect of The Topeka School's departures, then, is of arrival: at urgency, at scale. Adam’s faithlessness can no longer be written off as cosmopolitan neurosis. It is instead a symptom of a national crisis of belief ... Lerner’s own arsenal has always included a composer’s feel for orchestration, a ventriloquist’s vocal range and a fine ethnographic attunement. Never before, though, has the latter been so joyously indulged, or the bubblicious texture of late Clintonism been so lovingly evoked ... Lerner has unearthed here an ingenious metaphor for the effects of winner-take-all late capitalism — not just debate and hip-hop, but on race and sexuality and language itself. At times, the novel pushes these connections harder than they will bear, but a timely universality emerges from what otherwise might have been a nostalgic coming-of-age story ... The Topeka School's alternating narrators can bring us into wonderful intimacy with internal contradictions, where they exist, but the novel as a whole wants to transcend these limits of perspective ... I could say more — about trauma, sex, paradox, magic — but only at the cost of further reducing this irreducible novel, which seeks instead to spread its readers beyond their borders with its fertile intelligence and its even more abundant heart.
Read Full Review >>
Rave Mark Greif,
Bookforum
... awe-inspiring ... Lerner has hit on something deep, and true, in the portrait of 'debate' in this book, as what it has long seemed to be—the knightly combat or martial arts of children of the professional-managerial class, where they can practice the linguistic violence they’ll use as adults against real targets in politics, the law, and administration ... The beautiful recollections of childhood in The Topeka School allow for a Portrait of the Artist–type origin story in which Adam’s eventual triumph as a poet, and as the writer of this novel, occurs by the neutralization of the voices of debate and white rap with his mother’s feminism ... The Darren plot seems a way to lend a convention of suspense, familiar from other contemporary novels, to a book that is better than most contemporary novels. Perhaps its virtue is as a reminder of the persistence of exclusion in a progressive civilization—our own—which redeems some new subjects only to despise and scapegoat others.
Read Full Review >>
Rave Ryan Lackey,
Slant
The Topeka School is the best novel of the Donald Trump era thus far—in no small part because it isn’t much interested in Trump. Rather, it investigates the weird and twisty relationships between Trump’s political context and the state of American language ... some lines in The Topeka School are as fine as any he’s written ... The Topeka School continues this project of redefining identity as a collection of many versions of oneself scattered throughout time. What’s changed is Lerner’s scope ... The Topeka School succeeds, in part, by rejecting uncomplicated constructions of blame or causality ... There’s room to hope that this isn’t, in fact, the end of history, and that things spread out might be called back in again. Maybe the most remarkable thing about The Topeka School is the way it models this possibility by gathering together the apparently distant and unrelated ... sincere and generous.
Read Full Review >>
See All Reviews >>
SIMILAR BOOKS
Coming Soon

Victory City
Salman Rushdie
Rave
What did you think of The Topeka School?
© LitHub | Privacy