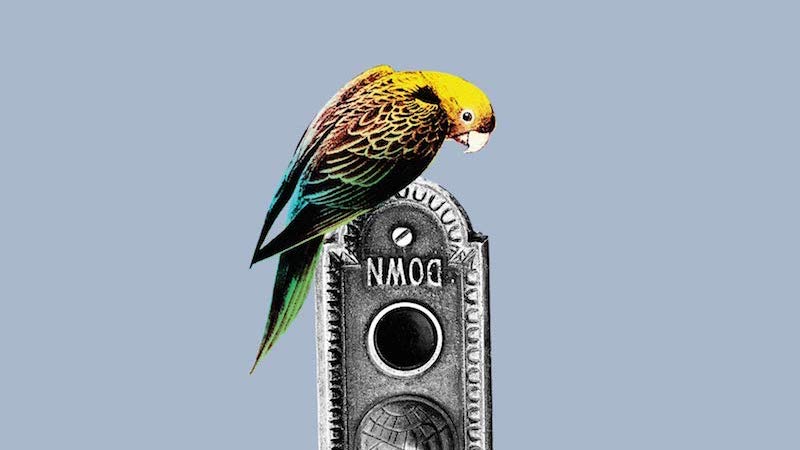 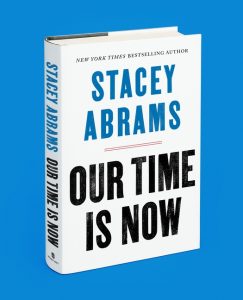 “… not a political memoir or a long-form résumé; rather, it is a striking manifesto, a stirring indictment and a straightforward road map to victory … Every good politician is a storyteller, and Abrams is a novelist with several titles under her belt. She portrays her constituents and their concerns in such a way that they feel more actual than symbolic, more individual than indicative. When she turns her gaze onto her family, her narrative gifts are in full flower. To illustrate the emotional and psychological effects of voter suppression, she draws a vivid, affectionate and insightful portrait of her grandparents, working-class Mississippians … She is confident in her ideas, yet she resists the formation of a cult of personality around herself. She shares her experience not to solicit laurels, but to start a movement … With refreshing transparency and candor, Stacey Abrams never conceals her ambition and dedication to transforming the system from within. As our democracy faces unprecedented peril, her time is now.”

–Tayari Jones on Stacey Abrams’ Our Time is Now: Power, Purpose, and the Fight for a Fair America (The New York Times Book Review) 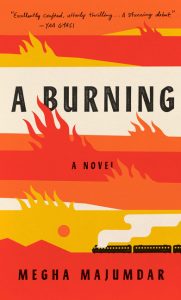 “…fierce and assured … Majumdar is so far from exoticizing her setting as to be almost too economical, leaving the reader to snatch at clues where she can as to political, social and cultural context. From the moment of Jivan’s arrest, A Burning hurtles along like the unfortunate train finally freed from the station, smoke and flame still pouring from its windows, but its final destination, the terminus of inflexible steel tracks, feeling somewhat ordained … these slight ties among the three loosen and dissolve as the story proceeds; their fates are not convincingly entwined. What the characters do share, not only with one another but with the novel as a whole, is a quality of embodied and astonishing momentum, of exponential change triggered mostly by chance. It’s a sensation particularly apt to our present global moment, when we’ve already run out of ways to articulate a worldwide convulsion still in progress. Though pandemic is not one of the many contemporary horrors Majumdar unsparingly weaves into the tapestry of everyday life in A Burning, this is a novel of our pandemic times, an exploration of precarity in all its forms … Majumdar excels at depicting the workings of power on the powerless; for her characters, power is no abstract concept but a visceral assault on the body and its senses … The primary relationship, for each character, is with fate—but fate has rarely been so many-faced, so muscular, so mercurial, or so mesmerizing as it is in A Burning.” 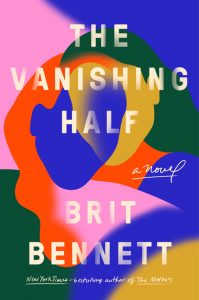 “At its very root, Brit Bennett’s The Vanishing Half, a generous and precise family saga that spans decades while darting from coast to coast, tells a story of absolute, universal timelessness—a story of what it means to simply be, to grow up and define oneself and reinvent, to negotiate a place in the world. It’s also a deeply American story, rigorously engaged with a country’s racist past and present, while interrogative of its foundational values, like choice and legacy. For any era, it’s an accomplished, affecting novel. For this moment, it’s piercing, subtly wending its way toward questions about who we are and who we want to be … the prose confidently pulls back, as Bennett gradually reveals what happened to Desiree, her sister Stella, and the daughters and mothers and husbands of their lives … In Jude, Desiree’s daughter, and in Kennedy, Stella’s daughter, the novel finds more hope and more hurt, all suffused with love … Bennett’s writing has a fated quality to it … speaks both to the intimate truths of family connection, and to the ever-complex, ever-enraging story of race in America.”

–David Canfield on Brit Bennett’s The Vanishing Half (Entertainment Weekly) 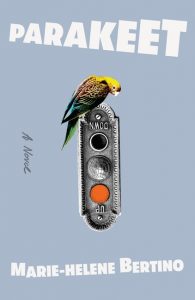 “…dazzling … In Bertino’s hands, the effect is less panic and more woozy wonder, a simultaneously hilarious and gutting exploration of trauma, loss and displacement … Parakeet asks how we reconstruct a personal geography after trauma, how we assemble those elusive fragments into a coherent self, situated in a coherent timeline, a coherent set of relationships … The heartbreak and the humor of Parakeet both derive from this constant, unnerving sense of dislocation. The context feels off-kilter … The right words, the right roles, the right narrative: again and again, Parakeet tests ways of gluing oneself back together after being shattered. Sometimes the methods are laughable, absurd; others fail abjectly. Sometimes, as in the titular play, something works, if only for a moment. Witty, raw and masterfully chaotic, Bertino’s novel works for more than a moment—it’s revelatory all the way through.” 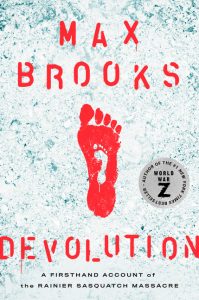 “This marks a significant change for Brooks, who is a well-known expert on zombies, which are still widely disputed, like werewolves or climate change … With Devolution, Brooks brings his considerable investigative powers to a cryptozoological controversy that has been raging in the Pacific Northwest for decades … Cleverly, some of the elements of this story do seem reasonably plausible, which, as we’ve learned, is the key to any abominable conspiracy theory … Given the monster stories set upon the world by Mary Shelley and other masters of the macabre, Brooks is trying to fill some awfully big shoes here. The results are uneven. We want our horror either campy or spooky, but for far too many pages, Devolution plods along a dull middle ground, not so much building suspense as venting it … Part of the problem is the diary format. We’re stuck in Kate’s limited perspective trudging through her flat prose … But at least when the Bigfoots (Bigfeet?) finally start attacking, the mayhem is satisfyingly ferocious and gory … There’s probably a great horror novel about Sasquatch out there somewhere, but I won’t believe it till I see it.”