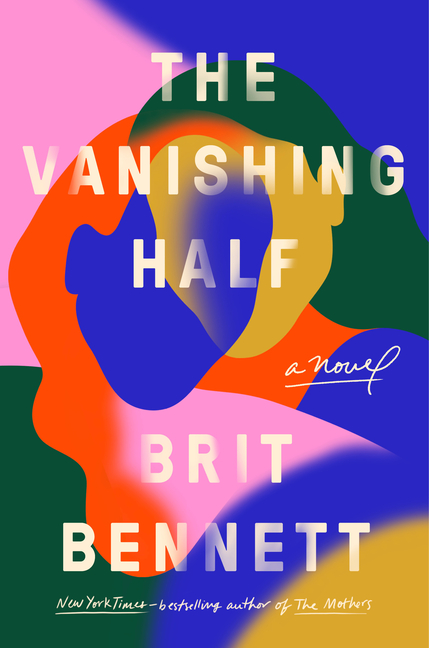 The author of the acclaimed novel The Mothers returns with the story of two light-skinned African American sisters who run away from their oppressive town in 1954 Louisiana—one of whom returns home years later with her daughter while the other passes as a wealthy white woman. Despite the miles and choices that separate the sisters, their lives are fated to intersect once again as their own daughters find one another.

What is this?
Rave
Based on 38 reviews

What The Reviewers Say
Rave Bethanne Patrick,
Los Angeles Times
Bennett pours a small kitchen sink of contemporary issues ... Bennett pulls it off brilliantly ... Bennett locks readers in and never lets them go ... Bennett’s method of sliced-up storytelling takes the spotlight away from Stella long enough that by the time this living metaphor returns to the story, it feels honest and earned ... Although Bennett’s essays and fiction undeniably have a social-justice agenda, she leaves any weighty parallels—between, for example, racial and gender determinism—to the reader. Her restraint is the novel’s great strength, and it’s tougher than it looks ... stunning ... One of Bennett’s many small masterstrokes is to put one of the deepest ironies of the book in the mouth of a villain ... The Vanishing Half speaks ultimately of a universal vanishing.
Read Full Review >>
Rave Maureen Corrigan,
NPR
I liked [Bennett's] debut novel, The Mothers—about the long consequences of an unplanned teenage pregnancy—but I'd also faulted it for being melodramatic. Now, I'm recognizing that's how Bennett rolls as a novelist: embracing melodrama as a beguiling way to delve into difficult topics. In The Vanishing Half, Bennett takes up a subject perfectly suited to her signature melodramatic style ... Bennett is especially artful in delving into Stella's situation, which, at first, seems so cushy, but turns out to be fraught with the daily terror of being found out. ... Again and again, throughout this entertaining and brazenly improbable novel, Bennett stops readers—or at least stopped this white reader—in their tracks with such pointed observations about privilege and racism. As another melodramatic novelist, Charles Dickens, recognized: If you tell people a wild and compelling enough story, they may just listen to things they'd rather not hear.
Read Full Review >>
Rave Sarah Resnick,
The New Yorker
The Vanishing Half...belongs to a long tradition of literature about racial passing ... Bennett roots out these withered tropes and reanimates them in a fresh, surprising story ... she leans into their prescribed melodrama. Her omniscient narration roves among story lines, introducing us to a cast of stock characters ... More than once, the plot turns on an outrageous coincidence. But, as the novel unfolds, we begin to recognize how deftly Bennett is rearranging the generic pieces of her story. Her frictionless prose whisks us across a period of nearly forty years, the plot unwinding nonsequentially ... The electricity inside this space—past, present, and the stretch between—comes from watching seemingly predictable characters collide in unexpected ways ... The narrative of passing inevitably confronts questions of performance: the dissonance between the authentic self and the projected self, the drama of seeing and being seen. But, in Bennett’s novel, Stella, the archetypal passing figure, is hardly the only performer. All of Bennett’s characters wrestle with the roles they have been assigned. The vital dynamic between actor and spectator yields different models of selfhood.
Read Full Review >>
See All Reviews >>
SIMILAR BOOKS
Coming Soon

Our Country Friends
Gary Shteyngart
Positive
What did you think of The Vanishing Half?
© LitHub | Privacy