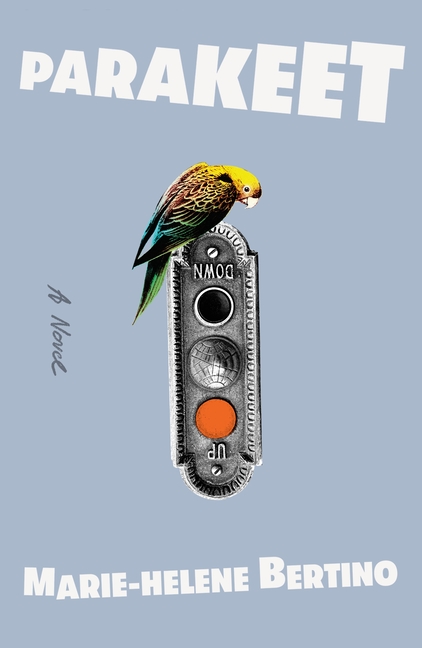 In this surreal tale by the author of 2 A.M. at the Cat's Pajamas, The Bride is visited by a bird she recognizes as her dead grandmother because of the cornflower blue line beneath her eyes, her dubious expression, and the way she asks: "What is the Internet?" In the days that follow, The Bride's march to the altar becomes a wild and increasingly fragmented, unstable journey that forces her to confront matters long buried.

What The Reviewers Say
Rave Bess Kalb,
The New York Times Book Review
It’s...a story prone to soap-operatic revelations and Big Events; but the events are presented in a way that’s more matter-of-fact than melodramatic, and the effect is absurd, and at times deeply funny. The result is a story that is disquieting and darkly comic and vulnerable and true. I laughed throughout; I winced more. Bertino makes her literary allusions overtly, almost winkingly ... Surrealist chapters...could exist as stand-alone short stories of the sort that Bertino has previously written. Whatever the references, though, Bertino’s prose is wholly her own. And though her protagonist’s world is governed by dream logic, it’s a credit to the author’s craftsmanship that her characters’ struggles feel grounded in reality. Bertino’s writing is lyrical and sharp and she deploys magical realism alongside a fart joke with equal self-assurance.
Read Full Review >>
Rave Claire Fallon,
HuffPost
...dazzling ... In Bertino’s hands, the effect is less panic and more woozy wonder, a simultaneously hilarious and gutting exploration of trauma, loss and displacement ... Parakeet asks how we reconstruct a personal geography after trauma, how we assemble those elusive fragments into a coherent self, situated in a coherent timeline, a coherent set of relationships ... The heartbreak and the humor of Parakeet both derive from this constant, unnerving sense of dislocation. The context feels off-kilter ... Parakeet tests ways of gluing oneself back together after being shattered. Sometimes the methods are laughable, absurd; others fail abjectly. Sometimes, as in the titular play, something works, if only for a moment ... Witty, raw and masterfully chaotic, Bertino’s novel works for more than a moment — it’s revelatory all the way through.
Read Full Review >>
Rave Sarah Rachel Egelman,
Bookreporter
Parakeet by Marie-Helene Bertino is garnering a lot of attention and is deserving of all the accolades and buzz. Surreal and slippery, brimming with emotion, it is hard to characterize and summarize ... This is a tremendous novel. Bertino’s style and vision are fresh and singular. There is plenty of wry humor and blistering insight ... Parakeet is smart and tender, tough and weird, provocative and totally enjoyable.
Read Full Review >>
See All Reviews >>
SIMILAR BOOKS
Coming Soon