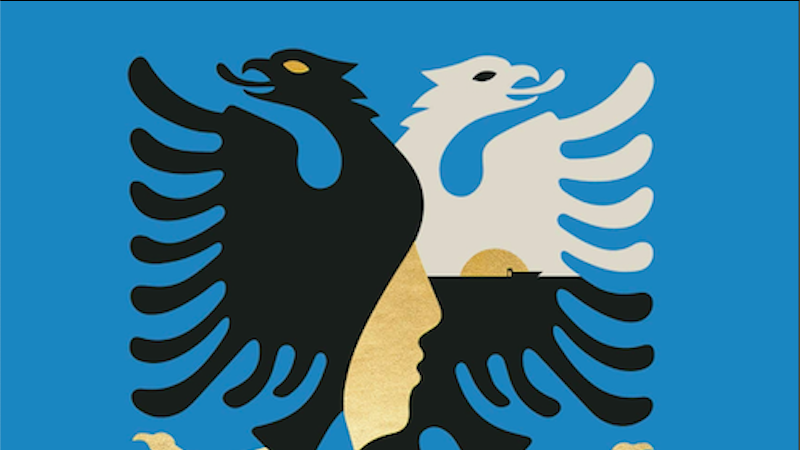 What do the Mueller Report and the new E. L. James novel have in common? Probably very little, other than the fact that they’ve both been picked apart like carrion by the critical community this week.

In his New York Times review of perhaps the most anticipated bureaucratic tome in American history, Dwight Garner compares the investigation into Russian interference in the 2016 presidential election unfavorably to both the 9/11 commission Report and the Starr report on President Bill Clinton, writing that “reading [The Mueller Report] is like consuming a short story collection that’s already been excerpted in every magazine you subscribe to.”

Over at the New Republic, critic and Ghostland author Colin Dickey considers Adam Morris’ American Messiahs: False Prophets of a Damned Nation, noting that “as long as we have a monstrous system, we will also have to contend with these monsters on the margins trying to save us from it.”

Meanwhile, in what is surely the pan of the week, Sophie Gilbert takes no prisoners in her Atlantic review of E. L. James’ latest steamy romance. “The Mister is tedious. It’s laborious,” writes Gilbert, “James retains her capacity to write sex scenes that last thousands of words in a row, but not without including turns of phrase that make you, as the reader, want to bleach your own brain.”

We’ve also got Garth Greenwell’s intriguing New Yorker essay on Pajtim Statovci’s compelling but enigmatic new novel, Crossing (“The result is not the kind of unreliability that the modern novel has accustomed us to but, rather, something close to a void of character”) and Tessa Fontaine’s glowing New York Times review of T Kira Madden’s Long Live the Tribe of Fatherless Girls (“This is a fearless debut that carries as much tenderness as pain. The author never shrinks from putting herself back into the world after every hurt, and we are lucky for it”). 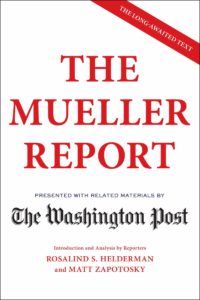 “It perhaps necessarily lacks both the novelistic sweep of the 9/11 Commission Report and the intimate—’prurient’ would be a more exact word—scene-setting of the Starr report on President Bill Clinton … The Mueller report is a dense slab of verbiage. It is not written in bureaucratese, but it is not far from it either … This is not a narrative that warms in the hands. There is no sweeping language. It appears to have been designed to make minimum political impact … A plausible title for the paperback editions that will soon be in bookstores might be, We Didn’t Not Find Anything … The Mueller report is a thorny, patriotic addition to this curious American shelf … With its blacked-out redacted passages, the report more closely resembles a reverse crossword puzzle. We will collectively be solving for its inky elisions for some time, perhaps the rest of our lives … reading it is like consuming a short story collection that’s already been excerpted in every magazine you subscribe to … Volume Two of the Mueller report, like the second volume of Bob Dylan’s greatest hits, is the more stereophonic and satisfying … It is hardly pleasurable to read, on textual as well as emotional grounds.”

–Dwight Garner on The Mueller Report (The New York Times)

“It is strange, when you pause to think about it, that E. L. James is still out there being glowingly profiled as a transgressive, taboo-busting warrior for women’s desire, given that her fictional worlds position female characters somewhere between the saintly Dorothea Brooke and the wimple-wearing Maria von Trapp. Her women are blushing, impoverished virgins, pristine of heart and fragile of appetite; her men, meanwhile, are swaggering Lotharios whose wallets bulge even more conspicuously than their designer underwear … It’s not just that The Mister is bad. It’s that it’s bad in ways that seem to cause the space-time continuum itself to wobble, slightly, as the words on the page rearrange themselves into kaleidoscopic fragments of repetition and product placement … Even more than it’s offensive, though, The Mister is tedious. It’s laborious. James retains her capacity to write sex scenes that last thousands of words in a row, but not without including turns of phrase that make you, as the reader, want to bleach your own brain … James is clearly—and self-confessedly—a fan of romance novels, and The Mister seems to evoke the formula of historical romances of yore, when men were strong and complicated (and rich), and women were delicate and soothing (and helpless). But the genre itself moved on a long time ago. Nora Roberts is writing books about female firefighters and hostage negotiators. The pervasive whiteness of romance is finally being challenged. Stories like The Mister, which seem to want to wrench female sexuality and status back into the realm of feudalism, have a long distance to go to catch up.”

–Sophie Gilbert on E. L. James’ The Mister (The Atlantic)

“Morris’s book does for American history what Norman Cohn’s The Pursuit of the Millennium did for pre-modern European history: Rather than accept that the United States is ever proudly marching forward toward progress, enlightenment, and democracy, American Messiahs makes plain that we have always been a nation waiting on the cusp of the Millennium, and that time and time again we’ve turned to the prophets shouting that the End is close … Morris succeeds in creating a lineage that spans the first 200 years of American history. From colonial New England to northern California, to Florida and back to Depression-era Harlem, American Messiahs offers a parallel history of a nation through its self-appointed deities … Why these particular prophets? Morris had so many colorful, charismatic figures to choose from, but what seems to unite these six is their politics. In differing ways, each of these figures set out to critique some fundamental component of American culture: capitalism, the nuclear family, morality and sexual identity … As long as we have a monstrous system, we will also have to contend with these monsters on the margins trying to save us from it. The problem, after all, is right there in the subtitle to Morris’s book: These particular prophets may be false, but the nation is still damned.”

“Much of the novel’s emotional force comes from its depiction of Agim, a bright, ambitious boy who is savagely beaten by his father for dressing in his mother’s clothes. Statovci has said that he has no interest in creating characters who are tormented by their sexuality, and the familiar narratives of queer life are mostly absent from his novels: no one comes out, and even characters who are raised in conservative cultures and subjected to brutal homophobia, like Agim, often display a comfort with their bodies and their impulses … The result is not the kind of unreliability that the modern novel has accustomed us to but, rather, something close to a void of character: Bujar becomes a hollow man, the ghost he feels himself to be in the book’s first scene. This presents a difficulty, since novels, even when recounted by unreliable narrators, typically depend on the continuity of consciousness provided by memory, the prime source for the production of subjectivity that has been central to the modern novel. But Statovci’s refusal of the satisfactions of character is central to the book’s larger concerns … Crossing arrives at a moment when many of us have grown suspicious of monolithic categories—gay, straight, Finnish, Albanian, man, woman—and have begun to recognize how inadequate such labels are to encompass the reality of individual lives. The novel memorably portrays the pain those labels can cause; it also suggests that we may not be able to live without them.”

“The tribe of fatherless girls that make up T Kira Madden’s titular chapter are three high school friends bonded by loss, lust, recklessness and love. But the tribe extends much further, shape-shifting throughout the memoir from youthful friendships to romantic partners, from a nuclear family to a revision of that family history. Though the tribe expands, Madden’s devoted, imperfect relationships with girls and women form the centrifugal force around which her story spins. This is a fearless debut that carries as much tenderness as pain. The author never shrinks from putting herself back into the world after every hurt, and we are lucky for it … This is a vast, arresting story. It’s a story of loving addicts. Of a queer sexual awakening. Of inhabiting a female body in America. Of biracial identity. Of obsessive, envy-fueled friendships. Of assault. It’s a eulogy and a love song. It’s about girls and the women they become. And it’s all compulsively readable, not just because of those big themes, but because of the embodied, needle-fine moments that make the stories sing.”